Announced at San Diego Comic Con last weekend, Batman: Bad Blood is set to be the first DCAU film of 2016. Over the course of the week, first details about the short had been released and wanted to collect it along with new information from the Sneak Peek video. 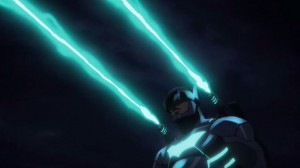 In addition to that, the first appearance of Lucius Fox in the New 52 continuity and he is being voiced by Ghostbusters alum, Ernie Hudson!

While the Bat-family grows a bit, the villains also see an increase in number. As Batman does battle with The Heretic. A new crime-lord in Gotham who is working with a handful of Gotham’s lesser known criminals, but who work together to create a formidable alliance. 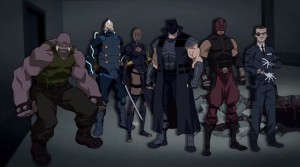 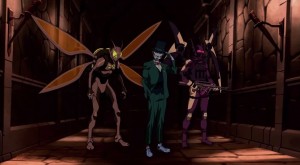 As you can see, Batman staples such as FireFly, Mad Hatter and Killer Moth join some… lesser known foes such as the Electrocutioner (who I must say is getting a lot play recently with his appearance in Batman: Arkham Origins as well as short as it were) and KGBeast.

Now the Herectic is an interesting foe. Introduced during Grant Morrison’s run in Batman, Inc is a foe that hits much closer to home for the Bat-family than most so curious to see if keep his origins intact.

Speaking of Grant Morrison, this seems to be somewhat of a continuation of his work (After Son of Batman then jumping ahead fo Snyder’s Court of Owls) in that it seems to be a bit of a mash-up of Battle for the Cowl and the Leviathan arc. The movie begins with Batman missing nearly 3 weeks, and the Bat-family (namely Alfred) believing the worst. It’s up to Dick to step up and claim the mantle of the Bat. Something, he does begrudgingly. 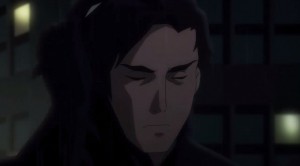 Along the way, Damian returns from his quest to find place that we saw at the end of Batman Vs. Robin, and gives us one of my favorite team-ups in recent comic history. DickBats and Damian Robin. The two just had such great chemistry together, and I hope it carries over to their first animated team-up. 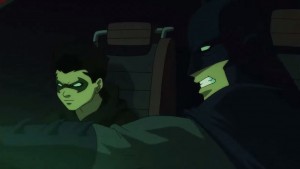 The actual plot of the movie isn’t known, but we do find out how Batwoman and Batwing come to work alongside this team. We see that Batwoman is “inspired’ by Batman after being rescued by him years before, but unlike Batman she has no aversion to fire-arms. 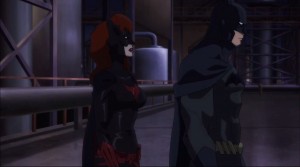 Batwing, on the other hand, is a way to mirror  the Bruce/Damian dynamic with Lucius and Luke. A son who is trying to break into the family business and use some of his fancy tech to do any good that he can.

It shall be great seeing an expanded Bat-family on-screen.

For the most part, the voice cast remains largely unchanged from Son of Batman/Batman vs Robin releases.

Batman: Bad Blood is currently scheduled to be released in early 2016, and it looks like one to check out. 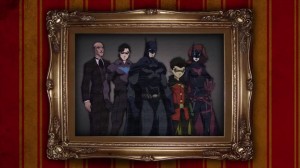