I’ll be honest up until this past weekend, I had never heard of Ninja or Ninja 2. Let’s be honest, it’s an extremely generic title. But I was perusing some Top X lists of 2013, and saw a website name this as one of the best action movies of 2013! I wanted to move away from a month of mostly Christmas-centric films and this was available digital first so I bought it and downloaded it. Here are my thoughts on Ninja 2: Shadow of a Tear! 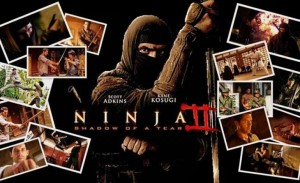 Review Score: 4 (out of 7) – This is a tough movie to review. The action sequences are some of the best you’ll see this year, but the movie that surrounds them is fairly generic and bring nothing special to the table. There are a ton of fight sequences though! Come for the fights, and try to smile through the rest!Â