Comedy is always a tough thing to nail down. So much of it comes down to timing and delivery.. and let’s be honest a person’s own interpretation. But when done right, makes for fantastic films. Parodies work on the same concept.. except they also need to be clever enough to know what to make fun of without falling into the pit falls of the initial work. Some do it well.. and others.. are like Superhero Movie.. Actually, a string of them that came out during this time.

We did.. Epic Movie sometime last year, and will be carrying over some of those rules for this movie, and most parodies because I do think they are fitting, and part of the reason why these films.. well tend to suck. 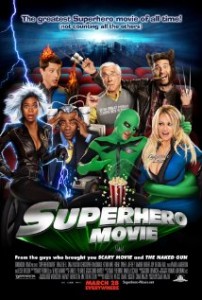