People always joke about how long game installations take these days, and I’ve always been one of those people. It’s just not something you get in most other industries.

Ages ago, damn I’m getting old, I use to work in the back end of a movie theater. Getting to see them put together and break apart the reel, which truth be told I didn’t know about at the time. Back then people wouldn’t accept you actually doing this during the course of the film, no one allows you to “pause” the movie to finish “installing it.” The same goes for books or DVDs or plays (granted, those do have intermissions more due to the length than anything) so it is strange that the gaming community has accepted the notion that a game doesn’t need to be instantly playable when you purchase it.

Anyhow, as noted this week on Dual Wielding, I picked up a shiny new Xbox One and took advantage of Target’s Buy 2 Get 1 Free sale to pick up the Halo Master Chief Collection and Middle Earth: Shadow of Mordor (the third game was Hyrule Warriors, but clearly not on the Xbox One). I got home with my shiny new games around 3pm ET, and was unable to play the game at all last night. 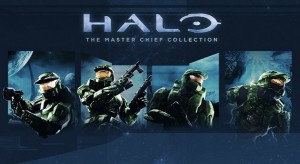 Here are the actual things I did while waiting for the game to finish downloading its 15 gig update and install on my console.

Actually took an entire night’s rest. (It wasn’t good to go this morning, but partially because I turn off the system at night… Xboxes have prior heating issues. Better safe than sorry).

Granted, not the most exciting evening, but I did have it off and wanted to dedicate it to actually using my new console. Which I’ve had since Saturday and been able to play for maybe 30 minutes. Partially because like most adults, I “work” but also because I’ve spent a great deal of time waiting for games to update or install or to do something that isn’t actually playing them!