With nearly this entire console generation behind us since Bungie and Microsoft announced an amicable divorce in the weeks following Halo 3‘s blockbuster launch, the acclaimed developer is finally ready to step out of its own shadow. With the remainder of their negotiated severance games complete (Halo 3: ODST and Halo: Reach) and with Microsoft-owned 343 Industries having already taking its first steps in stewardship withÂ Halo 4, the studio that single-handedly brought the original Xbox into millions of homes is finally ready to go multiplatform. The culmination of this long process has had offered few tidbits or leaks along the way–an announced 10-year publishing agreement with Activision and a story and concept art leak by a marketing agency last year are all we’ve ever heard about the project–but Bungie is finally ready to show its new baby to public eyes. As one of the developers muses in the above official ViDoc, “How can you top Halo?” It appears with Destiny, Bungie is in a unique position to do just that. 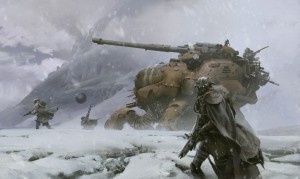 SO…WHAT IS IT?
Destiny is a first-person shooter. It requires an online connection to play at all times, and there is no subscription fee. Players inhabit a “shared world” in a manner that seems similar to an MMO. Players play as Guardians, who are highly customizable, class-based protectors of humanity as it tries to branch out into the dangers of space. The wholly original sci-fi setting pits the human race in the distant future, long after a the downfall of out space civilization’s Golden Age when just now trying to venture out to the heavens again. It’s post-apocalyptic on a scale not really seen before. It’s a planned ten-year story across multiple games and at least two generations of consoles, divided into defined installments like a novel series that carries over longer story arcs over its source, such asÂ A Song of Ice and FireÂ or Harry Potter.

WHY IT’S A BIG DEAL
The kind of experience Bungie is envisioning has the potential to redefine and revolutionize a somewhat stagnant genre–from the very studio that first opened the floodgates of dual analog console shooters. As soon of our competitor sites have pointed out, the project also has potential to crash and burn unlike anything we’ve ever seen before. And sure, there’s a lot riding on this thing; Activision has put a ton of money up front on this project, and Bungie has banked its entire future on Destiny‘s long-term success and for its enormous 350-person team to pull it all off. Cynics might question what Bungie has done besides Halo or they mightÂ question the fundamental qualities of that series to begin with. But Bungie is daring to make something truly special, and its enormous passion, striking artistic direction, deeply layered narrative premise, and uncompromising vision are more than enough to leave one feeling optimistic. 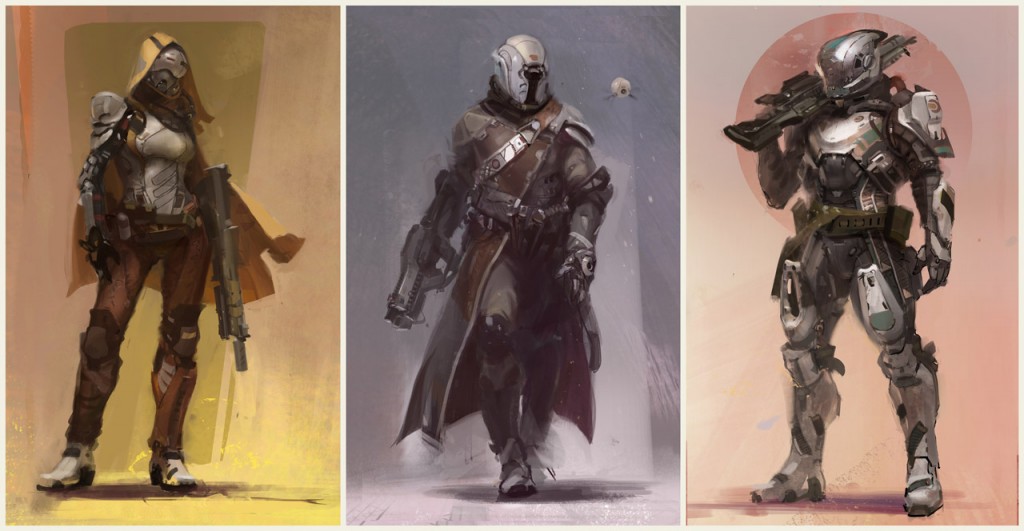 WHAT MAKES IT DIFFERENT
The fundamental idea of an MMO-esque first-person shooter in a deeply rooted and beautiful science fiction universe, for one. Bungie has also shown an ability to master the FPS genre, and now they get an opportunity to build on their successes and address weaknesses with a newfound freedom from the expectations of a Halo title.Â Â They’ve toyed around with customization in Halo: Reach, but appear to have expanded that into an RPG-worthy loot and personalization system for their new universe.

They are proactively tying in mobile technologies like smartphones as a portal into the experience and a way to always stay connected to the world of Destiny. They have crafted an incredibly unique and exciting science fiction universe that has all sorts of nuanced characteristics and plot points. And its all backed by a stunning emphasis on art and a tremendous visual feel to all of its exotic locales and characters.

WHEN WILL I BE PLAYING IT?…AND ON WHAT?
According to publisher Activision, not in 2013. However, when Destiny does arrive, it’ll come to current generation consoles Xbox 360 and PlayStation 3, despite the expected releases of next generation platforms later this year. In fact, Bungie was expectedly cagey when questioned about next generation platforms (simply because they don’t officially exist yet) but it would be an enormous upset if Destiny wasn’t also available on the next Xbox and PlayStation. The real question is whether or not next-generation players will be able to connect with current generation players–one would think such a feature would be a huge boon for a game billedd as a “shared world shooter”. Any talk of Â PC version was immediately shot down, and there was no mention at all of a potential Wii U appearance (given 360/PS3 support), though with a much smaller installed base it’d be hard to justify right away. 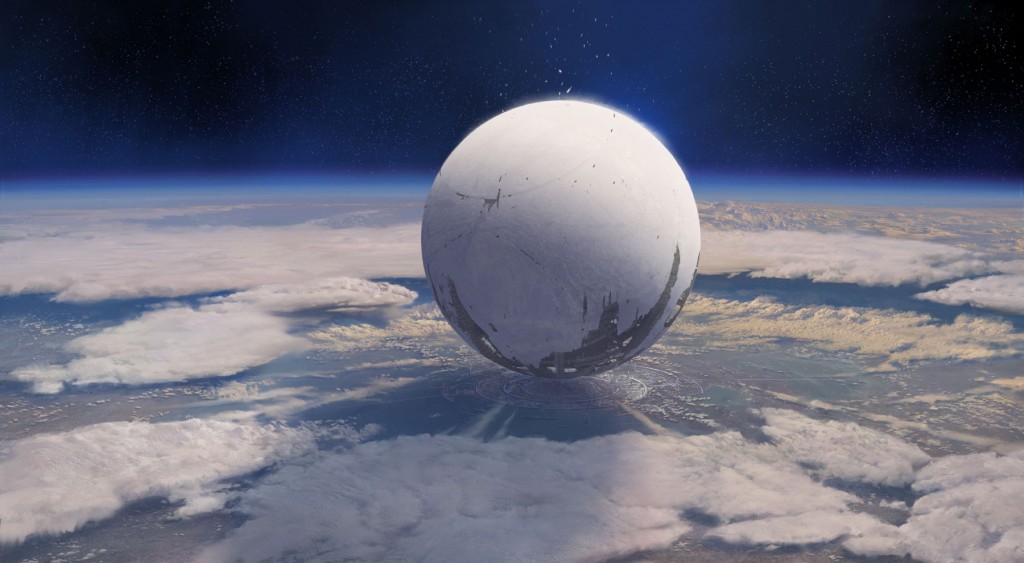