65. “Dreams in Darkness” (Batman: The Animated Series) – Examining Batman’s psychological state makes for a great story in the right head. In this case, we get to see Batman as an unwilling patient in Arkham Asylum suffering from the effects of the Scarecrow’s toxins. It’s thrilling to see Batman try to prove his sanity, because even without an altered mental state, the whole thing is pretty nuts. And like most Scarecrow episodes so great visuals as he hallucinates various Bat-foes. 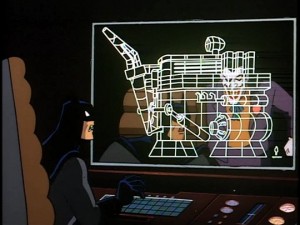 64. “Game Over for Owlman” (Batman: The Brave and the Bold) – Alternate world stories are easy stories to get right. This one features Batman crossing over to a parallel world where his partners are villains and his villains are heroes. It’s all topsy-turvy and of course the big twist is he has to team up with the parallel universe version of his arch-nemesis, The Joker! And his evil counterpart aligns with his enemies and there’s twist and turns and Batmen! 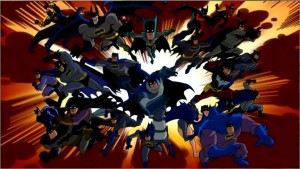 63. “Two-Face Part 1” (Batman: The Animated Series) – While all of these shows have Batman in the title, it can be argued that the villains were the real stars of these series. One such example would be the Two-Face 2-parter which dived into the psychic of Harvey Dent, and the rage and anger he contained inside to maintain a public image. 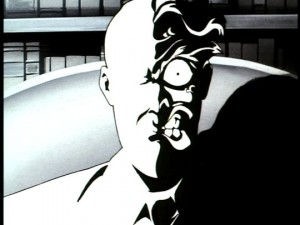 62. “Shriek” (Batman Beyond) – Batman Beyond focuses on the adventures of a new Batman, but that doesn’t mean Bruce Wayne didn’t get some spotlight in the series. This is one such episode in which a supervillain tries to drive him insane, and Bruce proves his reliance and helps us to evaluate the true persona between Bruce and Batman. 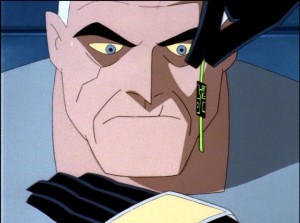 61. “Beware The Creeper” (The New Batman Adventures) – Not everything is black and white in the world of Batman, take the Creeper for example, not quite a hero nor quite a villain, but he has a presence all the same. The thrust of this episode is centered around his crush on Harley Quinn and his comical timing. It isn’t your typical Batman episode, but very fun. 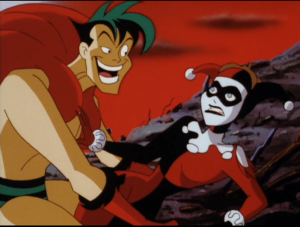 60. “Sword of the Atom” (Batman: The Brave and The Bold) – One of the breakout characters of Brave and the Bold was Aquaman. A character whom the creators embraced his inherit dorkiness in a very unique way. One of his charms was he was a hero through and through and it was showcase well whenever he teamed up with other heroes. In this case, the new Atom who was a reluctant but goes along on the adventure to find the original Atom. It makes for a fun dynamic and the miniature segment makes for cool action. 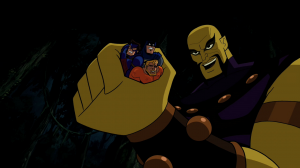 59. “April Moon” (Batman Beyond) – The kids in the future are into all manner of strange things. One of those were getting cybernetic enhances to help mankind… well to go into the thievery business. The strength of this episode is of course Terry dealing with his own shortcomings, and finding a way to win. 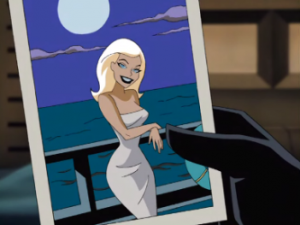 58. “Final Cut” (Batman Beyond) – Sometimes your place between a fire and well a larger fire, in this case Batman must protect an assassin from Curare, a former member of the Society of Assassins, who in turn is holding Gotham City hostage with a bomb. It’s a race against the clock as Terry tries to locate the bomb while avoiding Curare succeeding in her mission.  Ticking clocks make for intense episodes. 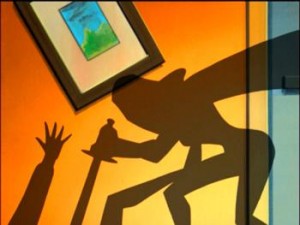 57. “Meltdown” (The Batman) – As mentioned before, the Clayface arc on The Batman was perhaps the most intriguing aspect of the entire show. This episode shows Ethan undergoing treatment for his condition, but when the Joker is on the loose once more, Ethan reverts to his Clayface form to seek vengeance. Can Batman save his friend in time? 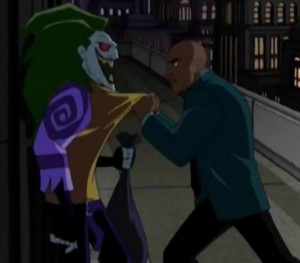 56. “The Clock King” (Batman: The Animated Series) – This is more of a personal pick, The Clock King is one of those lesser villains, who got a chance to shine on Batman. His hook is simple, a criminal who is obsessed with pinpoint timing, and it causes a certain amount of havoc in Gotham. I would also give this episode top marks for the visually entertaining finale in the clock tower. 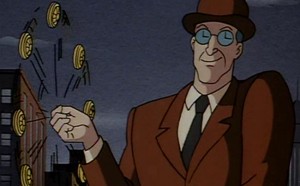