Our favorite Dark Knight is turning 75 this year. While he has one of the most storied histories in all of comics, he also has quite the resume in other fields of entertainment.

In no field does he have as much acclaim as he does in the realm of animation. Since his debut in 1939, Batman has starred in not one, not two, but 8 distinct animated series (7 depending on how you count Batman The Animated Series/The New Batman Adventures). Over the course of these series, he has faced new threats, found new friends and crossed over with all manners of his fellow comic book heroes.

To celebrate his rich history in animation, we have compiled a list of what we consider to be the 75 Best and most Memorable episodes across all of these shows and over the next week shall be counting them down. Leading up to the finale on July 23rd, the Official Batman Day!

75. “Birds of a Feather Fool Around Together” (The New Adventures of Batman) – Batman had a very fun time being a campy character and so did his villains. The Joker and The Penguin are pitted against each other in election for the Villains’ President, and The Penguin devises a scheme to turn Batman and Robin to swing support his way. The show has a certain charm, and this episode encompasses it all. 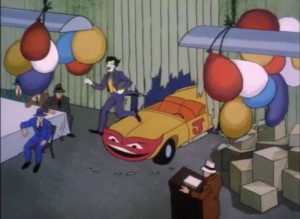 74. “Girl’s Night Out” (The New Batman Adventures) – Not every episode needs to focus on Batman or even have him in a good portion of the episode. With this episode, Batgirl and Supergirl team up to do battle with Poison Ivy, Harley Quinn and Livewire. It was a nice tonal shift with these pairings having more fun and witty exchanges. The action is also some of the coolest in the series. If only they could have worked Catwoman into the fun. 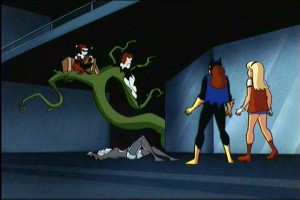 73. “The Rubberface of Comedy” (The Batman) – The Joker can be a cruel man so imagine what happens when he turns his focus to a single individual in an attempt to break them? That’s what we get in this episode of The Batman as the Joker does his best to torture police officer Bennett. Though he ends up getting more than he bargained for throughout the run of the show. 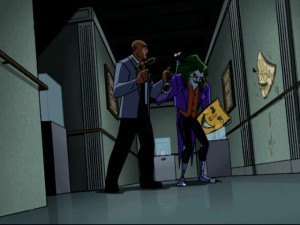 72. “Bane” (Batman: The Animated Series) – Even while Bane was still being developed in the pages of the comics, Bruce Timm and company tackled the mercenary on the animated series to decent success. Bane proves to be a cunning and ruthless and gets to play with Gotham’s more seedy residents. 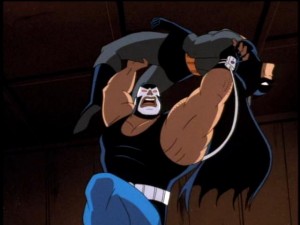 71. “Zatanna” (Batman: The Animated Series) – There are many women who come into Bruce and Batman’s life, but very few like Zatanna. This episode gives great insight into the man behind the cowl even before he donned it, and shows that not everyone puts up with his act. If this episode had any slight, it was the lack of her backward-speaking. 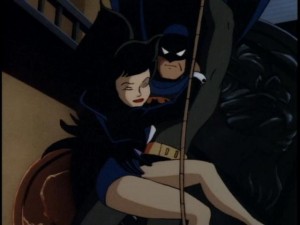 70. “On Leather Wings” (Batman: The Animated Series) – The show that kicks off Batman: TAS and in many ways sets the tone for the entire series. It is also one of the few episodes on the list that tackles Batman as a vigilante who is hated and hunted by the police in a meaningful manner. 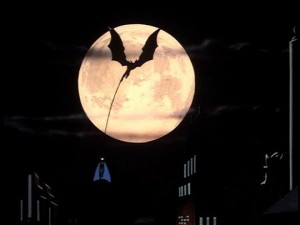 69. “Mudslide” (Batman: The Animated Series) – Batman does battle with Clayface once again, but this time the morphing villain has different intention. While the episode is strong, it is most remarkable for the finale and apparent death of Clayface as he body begins to betray him. 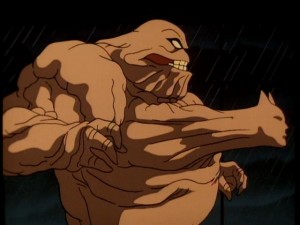 68. “Lock-Up” (Batman: The Animated Series) – The best Batman stories tend to be a reflect on him and his plight, in the case of Lock-Up, we get a villain who perverts Batman’s means and message in the most brutal way possible. It is a fun story to watch unfold especially his origins as he frightens the inmates of Arkham. 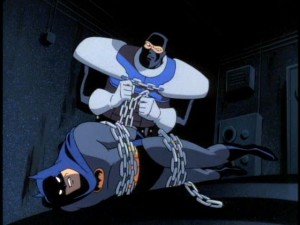 67. “Cold Comfort” (The New Batman Adventures) – Mr. Freeze’s arc in the Timmverse is perhaps one of the most compelling journeys in the entire series. This episode find Freeze beyond his normal motive have given up trying to be human or reunite himself with his wife Nora. Instead, he wants people to suffer just like him. 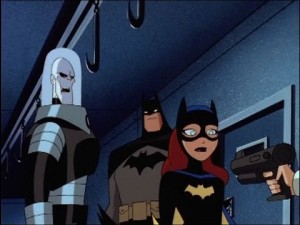 66. “Rise of the Blue Beetle” (Batman: The Brave and the Bold) – The exact moment one should fall in love with this show is when Batman pulls a plasma sword out of his utility belt. In addition to setting the tone for the series, it also introduced us to the Blue Beetle and the mythological that would build over the show’s three seasons. 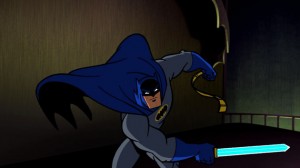