As a countdown for WrestleMania this year, we are going to be offering a wealth of Top 7 lists including individual wrestler matches and main events.

For the inaugural list, we are going to look at the man whose legacy is defined by his performance at WrestleMania, The Undertaker. The Deadman went 21-0 at WrestleMania before suffering his first loss to Brock Lesnar. While that is an impressive feat, not all of the matches were gold, but many were. So we’re here this week to share with you the cream of the crop! 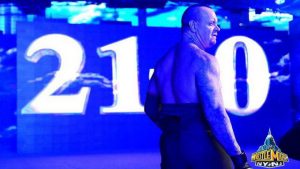 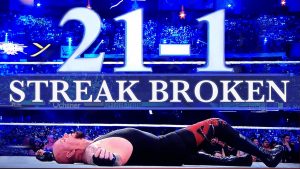 6. Undertaker vs Ric Flair (WrestleMania X-8) – One of Taker’s forgotten gems, mostly because people want to forget the whole Bikertaker era. But this bloody brawl was a great re-introduction for the Nature Boy on the grandest stage, and one of the rare appearances of heel Taker. 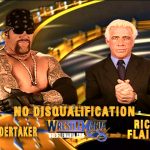 5. Undertaker vs Triple H (WrestleMania X-Seven) – For some reason, the WWE wants to remove knowledge of this match from their history and focus on their two matches a decade later, but the original in the trilogy proves to be the best. Taker and HHH battle all over Texas in a hard-fought Street Fight that has just as many memorable images as it does nearfalls.

4. Undertaker vs Batista (WrestleMania 23) – It would be a decade in-between Taker challenging for the World Title at WrestleMania and his re-entry into the title scene at Mania 23 proved to be an absolute blast. Both men came into Mania with something to prove and they let it all hang out there. At the end, Taker won the gold and left the fans in Detroit happy! 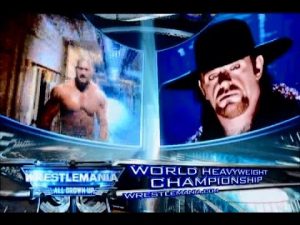 3. Undertaker vs HBK (WrestleMania 26) – There are few men who would be capable of having a WrestleMania main-event caliber feud that didn’t involve the world title, but with the legacy of the Undertaker and the career of Shawn Michaels at stake, these two delivered one of the finest main events in WrestleMania history. Not only that, but they were able to live up to expectations from their match just a year prior.

2. Undertaker vs Edge (WrestleMania XXIV) – By WrestleMania 24, the Undertaker’s legacy was clearly established as a dominant force of sports entertainment, but Edge’s trajectory was on the way up and both man squared off in the main event both for the World Heavyweight Title and to lay claim as the only undefeated man at WrestleMania. Sure the match is mostly remembered for the ref’s marathon like sprint to the ring, but everything around it is also gold. 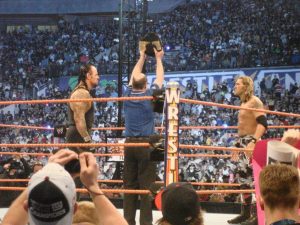 1. Undertaker vs HBK (WrestleMania XXV) – The gold standard of WrestleMania matches, are you surprised it is number one. There’s nothing to say about this match, if you’ve seen it, you know exactly why it’s number one, if you haven’t go check it out now!

There you go, our list of the 7 Best Undertaker matches at WrestleMania. Any you felt we missed or ordered poorly? Let us know in the comments below.