We are just a week away from the 30th Royal Rumble event, and we felt with one of the WWE’s biggest events of the year coming up, we would go through the history of the Royal Rumble. We’re kicking it off with a countdown of the 7 best Royal Rumble matches, and what makes them so special!

7)Royal Rumble 2000 – One of the more predictable Rumble matches in history, but due to the WWE’s colorful and pretty decent sized roster made for a fun Rumble with a mini-storyline featuring Kai En Tai and the Mean Street Posse making trouble for entrants since they were upset they didn’t get it. Also an interesting finale with both Superstars exiting the ring, but only one’s foot touching the floor (for the sake of the ranking won’t go into what happened AFTER this PPV with the ending). 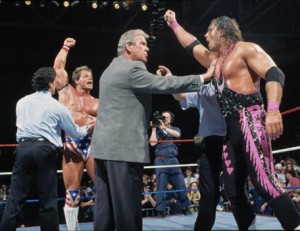 6)Royal Rumble 1994 – Being new and surprising is always part of the appeal of the Royal Rumble, and laying claim to the first, and through the first 29 Rumbles, only match to end with co-winners puts this one near the top of the list. But that wasn’t the only story on display here as both Bret Hart and Lex Luger (eventual winners) were fighting injuries and their own personal struggles which would become a part of this match and their Road to WrestleMania!

5)Royal Rumble 1997 – To me, one of the most underrated Royal Rumble matches. It is a one-man Royal Rumble, but when that one man is Stone Cold Steve Austin, it makes for one memorable ride. His facial expressions, mannerisms and journey throughout this match was fantastic. Not only that but told terrific stories of Bret slowly losing his mind as he felt the company was screwing him over, Undertaker’s war with Paul Bearer and Vader and much more. It’s a fun hour! 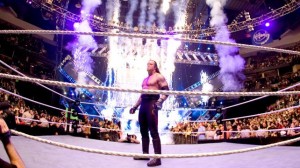 4)Royal Rumble 2007 – When you think of the Royal Rumble, you don’t often think of quality wrestling. The matches are a ton of fun when done correctly, but never true wrestling heavy. That was until 2007 when Shawn Michaels and The Undertaker put on one of the most entertaining mini-matches in wrestling history as they tried to win the Royal Rumble. This segment was filled with tons of near eliminations, high spots, rest periods and told a fantastic story. Even the Rumble match before this was really strong with Randy Orton and Edge being the MVP for most of the match until the stunning finale. Still the benchmark for the event.

3)Royal Rumble 2001 – While Stone Cold Steve Austin is the winner of this match, the night belonged to the Big Red Machine. Kane eliminated a record-setting 11 Superstars during his 40-plus minutes in the match (A feat that would stand until 2014). But Kane’s performance wasn’t the only star. We had an “extreme” start. Brother vs brother in the Hardys then Undertaker and Kane. A pre-entry attack by Triple H to continue his feud with Stone Cold, the Big Show getting revenge on the Rock. It was the Royal Rumble that was best at juggling multiple stories and made for one of the most action-packed from beginning to end.

1)Royal Rumble 2004 – I went back and forth on this in my head, we know what happened with the winner years later, and it casts a huge black cloud on anything he was associated with. But taking this match in a bubble, this was a near-perfectly booked Rumble match from start to finish. The story of the winner who has never won the “Big One” and having to go the distance to prove himself. His final obstacle being the biggest, largest and most dominant man in the match! The story of Randy Orton and Mick Foley. The meta-story of Kane and the Undertaker, Brock Lesnar and Goldberg and so much more. It was a thrilling match from start to finish, and worth watching.