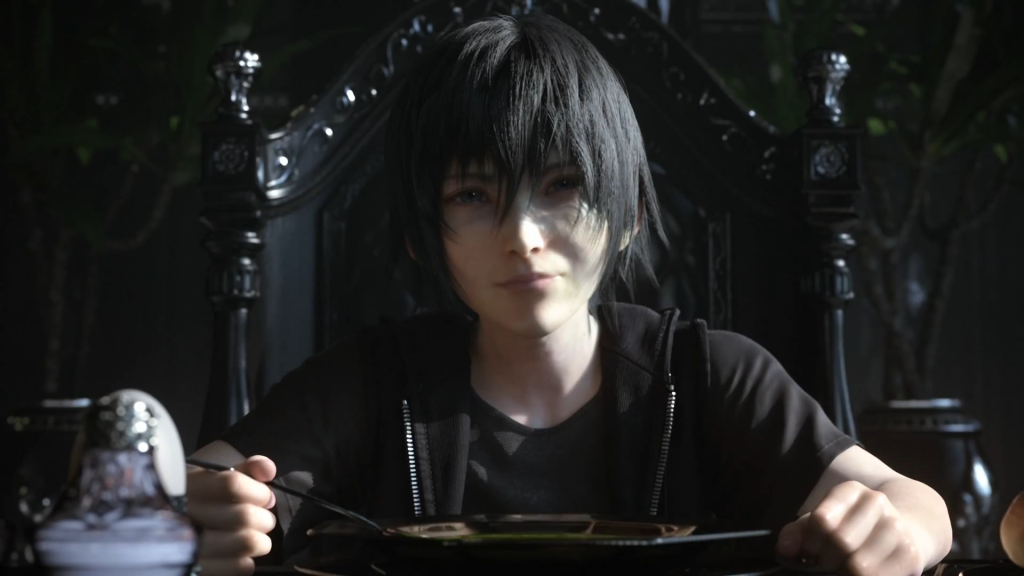 So, you’ve never played a Japanese role-playing game (JRPG) before. Yeah, you’ve played Mass Effect, The Elder Scrolls, WOW, and Dragon Age, but those games aren’t terribly similar to most conventional JRPGs. Even DnD and other pen & paper RPGs don’t bear many similarities to genre of choice in the land of the rising sun. The general aesthetics, presentation, dialogue, character archetypes, and soundtrack will likely feel completely different to you. But before I can recommend some user-friendly games for you to try, what should you know about JRPGs?

To begin, don’t expect to finish any JRPG in less than fifty hours. Not because you will be wasting most of your time on shitty fetch quests or missions; more due to gradual story and character development. Yes, there will be likely random battles. Yes, there will be boss fights that will last longer than fifteen minutes. No, there probably will not be way-points that tell you where to go next. You’re getting into a genre that is ultimately more intent to provide an emotionally moving, cinematic narrative than it is providing the player with instant gratification. Keep that in mind.

With all of that being said, let’s look at a few JRPGs that I would recommend to gamers new to the genre. As I do with other lists, I will only be listing one entry per franchise.

Whether you realize it or not, Pokémon is indeed a JRPG and a damn good one to start with. While it is designed to be extremely user friendly and easy for kids to understand, it also holds a number of genre staples. For instance: elemental exploitation, monster collection, battle party development, puzzle solving, environment exploration, equipping items, and the all-important “grind.” These games might seem pretty simple on the surface, but they’re also pretty good at getting you used to genre tropes.

Many fans of the genre have at one point or another considered the Final Fantasy franchise to be the penultimate series of JRPGs. Your barometer of which Final Fantasy games are “the best” will mostly vary based on whether you’re Gen X, Y, or a millennial. Each game in the mainline series varies in both quality and presentation, but the influence that Final Fantasy has on the genre itself is undeniable. The developers of this series have continually pushed and broken the boundaries of what’s acceptable, and Final Fantasy VII is no different in that respect. Part of me, admittedly, wanted to suggest playing Final Fantasy IV or Final Fantasy X instead of Final Fantasy VII due to how kind those two games are to new gamers. Really though, Final Fantasy VII brought a whole new generation of gamers into the JRPG fold, and it is fairly straightforward for noobz even today. Plus it’s available for a number of platforms. It is one of the most lauded games in the genre, and one of the most celebrated Final Fantasy titles to date.

Final Fantasy IV may have introduced the active time battle system (ATBS), but as far as I’m concerned Chrono Trigger perfected it. This game looks great, plays better, and features some far reaching themes that might actually affect the way you see real world history. The talent behind this game’s development is damn near unparalleled. Hironobu Sakaguichi, the creator of Final Fantasy, was responsible for design, Yuji Horii, creator of Dragon Quest/Dragon Warrior, wrote the scenarios, Akira Toriyama, the animator who was responsible for Dragon Ball, designed the characters, and musical duties were split between industry heavyweight Nobuo Uematsu and Yasunori Mitsuda – who fell sick after working too many late nights trying to perfect the soundtrack. No 16-bit JRPG has better production values behind it – full stop. It’s not too tough on new gamers, and it is absolutely worth the time of anyone even remotely into RPGs. You can find it on Super Nintendo, Virtual Console, PSN, iOS, and the Nintendo DS.

Not every JRPG features slow combat with stationary characters. Some of them are known as “action RPGs.” An example of this that most gamers are aware of is Kingdom Hearts, but I would argue that the best action RPG for new genre fans to start with is actually Secret of Mana. Originally released on the Super Nintendo, Secret of Mana can now be found on the virtual console and also on iOS. It’s a pretty addictive game that features colorful visuals, inspired music, memorable locations, and gameplay that is anything but slow. You can hack-and-slash your way around or play things more strategically; the choice is yours. If you’re anything like me, you’ll come back to this classic again and again.

Admittedly, I’m not much for the Tales games. That being said, I’m also not much for anime. The two are closely tied together, for better or worse. All cut scenes will look like anime, characters will look and act as though they are from an anime, and dialogue is very much like what you would hear in an anime. So, if you happen to like anime you will likely also enjoy the aesthetics of the Tales games. Still, even if you aren’t big on anime, the battle system might interest you – it’s an amalgamation of action and classical JRPG combat. You’ll still enter a closed battle environment whenever you engage with enemies, but in that environment you are free to select commands or hack at enemies on the fly. I think Symphonia is the best place for new players to start with. It was initially released on the GameCube and as such was designed to be palatable for that system’s main demographic: young adults. Furthermore, the systems used to manage and control your characters aren’t terribly complex or hard to understand.

6. South Park: The Stick of Truth

South Park: The Stick of Truth wasn’t developed in Japan so many ass holes emphatically decree that it isn’t a “JRPG.” These ass holes are the very same genre literalists that will sternly tell you that there is absolutely no overlap between tactical RPGs and strategic RPGs. To which, I give a hardy laugh. Still, South Park: The Stick of Truth absolutely adopts a number of classical JRPG exclusive design elements: the turn-based combat, the party micro-management, skill upgrade systems, random encounters, the in-battle command wheel, and even the McGuffin-centric narrative. It basically is a near perfect rehash of the Nintendo 64 exclusive Paper Mario. It’s a great entry point to the genre for anyone with a modern console who happens to also like South Park, and as far as I’m concerned is a great homage to the JRPG.

7. Super Mario RPG: The Legend of the Seven Stars

You may not know this, but Mario hasn’t just gone on role-playing adventures with his brother and in the form of paper. There was one outing, in the mid-nineties, in which he and a rag-tag team of misfits fought to save the Mushroom Kingdom from someone other than Bowser. In fact, both Bowser and Princess Peach were in your battle party. Super Mario RPG: The Legend of the Seven Stars was a game for the Super Nintendo co-developed by Nintendo and Squaresoft (the company behind Final Fantasy, Secret of Mana, and Chrono Trigger). It not only pays its dues to the Mario universe, but also works as an excellent JRPG in its own right. It’s funny, it looks unique, battles are enjoyable and responsive, and best of all it is welcoming to new genre gamers without sacrificing any challenge. You should play it. It’s available on Virtual Console now.

If I could leave you with a few tips for playing JRPGs: