The Superbowl may be over, but we still had a little football in our system. So we’re counting down the Top 7 Best Football movies of all-time!

7. The Waterboy – Was there ever a zero to hero movie made quite like The Waterboy? Adam Sandler starred in this coming of age tale that taught all of us that it’s possible to bypass NCAA regulations in order to help a terrible football team win a championship. With unforgettable characters like Farmer Fran, Roy Orbison Ass Tattoo, and of course, Mama, this classic foosball movie delivers laughs, cheers, and a newfound desire for Alaskan glacier water. You can do it! 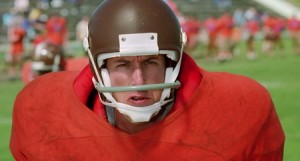 6. The Longest Yard – Just because your freedom is taken away from you doesn’t mean that your love of football is also locked away. The game between the inmates and guards is a bit nasty, but it does allow for some feeling of satisfaction by the end. Either version is worth a watch. 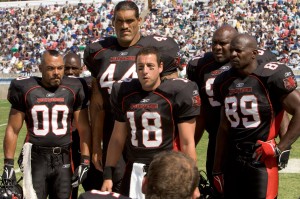 5. Any Given Sunday – The game of football, like any sport, is ever-evolving ever-changing and ever dynamic. Any Given Sunday shows us how the game evolves and sometimes passes others by. A player on his last chance, a coach at the end of his game and the journey they embark on together. 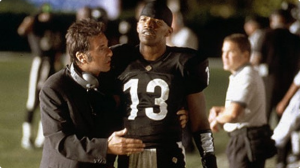 4. The Replacements – How can you not root for Shane Falco? Aside from the whole shaving points thing. This must-watch movie has Gene Hackman leading a bunch of scab football players to a championship after the team’s prima donna starters go on strike. As funny as the movie is with its wild cast of characters, there are plenty of solid takeaways as well. “Pain heals. Chicks dig scars. Glory lasts forever.” 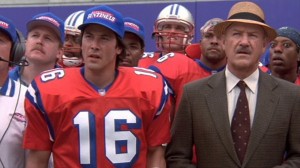 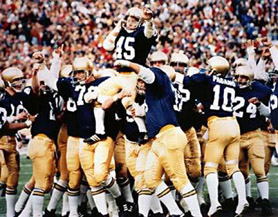 2. The Blind Side – Sometimes the best football movies don’t take place on the field, but deals with what happens off the field. In this very touching and emotional ride. 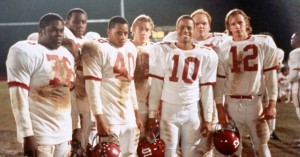 1. Remember the Titans – One of the best football movies of all isn’t really a football movie; it’s a movie about racial integration in America and the power of sport when it comes to breaking down those barriers. That said, the football action in Remember the Titans is still one of the best representations of the sport in Hollywood as it captures the physical and emotional conflicts the team faces from training camp all the way through the state championship. Foes include not only other teams and racial tensions, but also referees, administrators, and internal strife. In the end, Denzel Washington turns in a masterful performance for Coach Boone, who brings the team together into one championship unit, pulled through by the heart of the team: Wood Harris’s Julius and Ryan Hurst’s Gerry. Notable cameos include a young Hayden Panettiere as a coach’s feisty daughter and Ryan Gosling as “Sushine,” a transfer student from California.