You Can Stream This: Zombie Wars 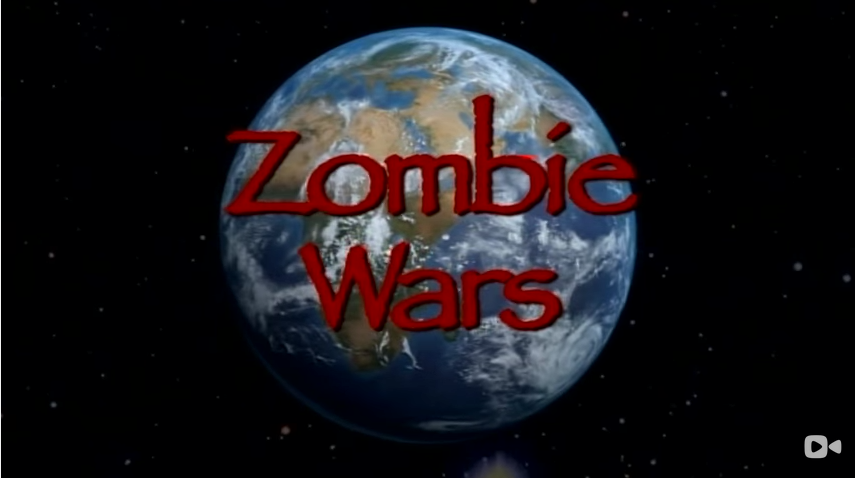 Halloween is fast approaching, and once again I’ve decided to do a spooky series of features for NotR to celebrate the occasion. In the past I had chronicled must-see underrated horror flicks, but the problem with suggesting those movies was that not everyone could get their hands on copies. This year I’m doing something completely different and recommending horror movies you can stream online for free. These movies are not good (for the most part), but they can be hilariously bad. Enter: Zombie Wars.

With a title like “Zombie Wars” I really shouldn’t have expected anything decent. The whole thing reeks of bad ideas. We begin our epic journey in space, but the computer generated effects are so poor they somehow make the opening credits of Star Trek: The Next Generation look cutting edge by comparison. As the camera zooms to planet earth a woman declares that the “darkest days had arrived.” Emotional appeals are cut off by a 90s rock song by a band trying sound like ZZ Top and every visual effect iMovie has to offer. Seriously, this movie makes me proud of my YouTube editing skills. 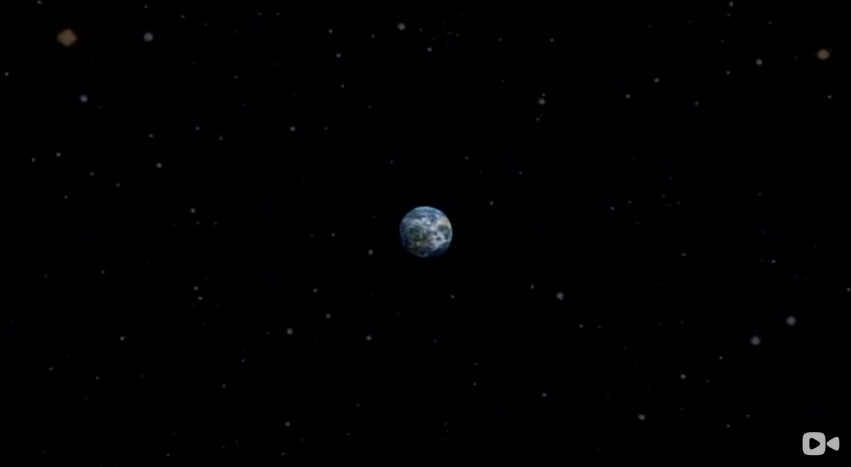 There’s a weird paradox in this movie in that zombies are smart enough to take humans prisoner, but too dumb to do anything other than stand in-place when guns are aimed at them. Thank goodness for that, as otherwise the sexy slave girl wouldn’t have met one of our two intrepid leading males. Our main characters are brothers Norman Reedus and Daryl Dixon – yes, both the actor and the character the actor plays on The Walking Dead. That’s what these guys act like. In fact, the lighting and camera work are both trying to look like the AMC series, which might have been possible if every visual effect didn’t look cheap – dollar store body parts cheap.

Apparently, humanity has collapsed and the few people who remain have either regressed to soldiers and their cave-people like captives. Camps were set up for humans to train and try to co-exist. Norman and Daryl have daddy issues, and you get the impression that this movie is going to be lazy and kill one of them off for emotional effect (or to kill five minutes of screen time).

As far as I can tell, all of the humans in this movie live off a diet of ribs. They literally walk around the camp with buckets of barbecued ribs. How did they make these ribs? Did they raid a supermarket for BBQ sauce? What type of meat is it? Has beef and pork somehow survived the zombie apocalypse? Wouldn’t those farm animals be easy meal targets for monsters that are hungry for flesh? I’m probably putting too much thought into this schlock. 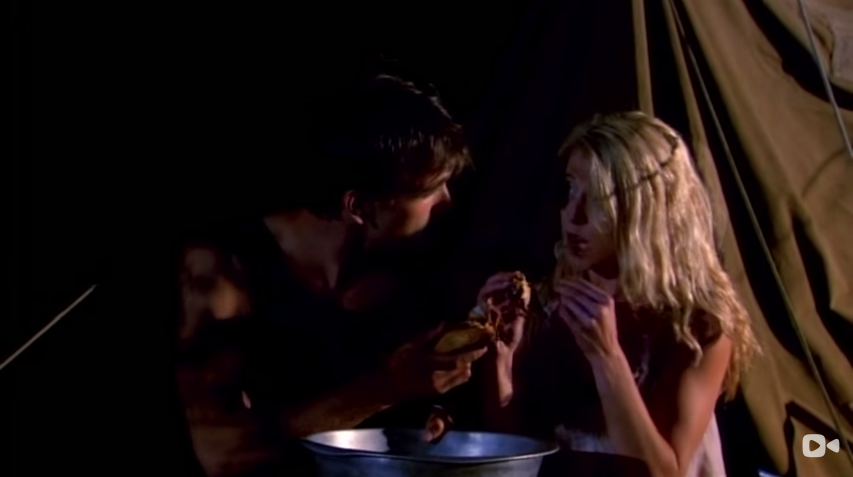 The camp gets attacked, the brothers are separated and one of them takes the sexy slave girl because…? The leader of the human fighting force is probably the worst actor in this movie. She somehow makes Rod’s delivery from Birdemic: Shock and Horror look energetic. They ditch the zombies and she explains to one of the brothers (I honestly couldn’t keep track of which one was which) that he shouldn’t be worried about his brother’s health. His brother has muscles, after all.

The zombies in this movie don’t just eat everyone they see. They actually take the strongest and sexiest of human captives and use them as workers in vegetable fields and to breed to create a factory farm of humans to eat in the future. YES. These creatures of the night who can only communicate in grunts and growls have apparently put in place an agricultural industry and meat farms based on Nazi eugenics.

Zombie Wars: the movie that goes there. 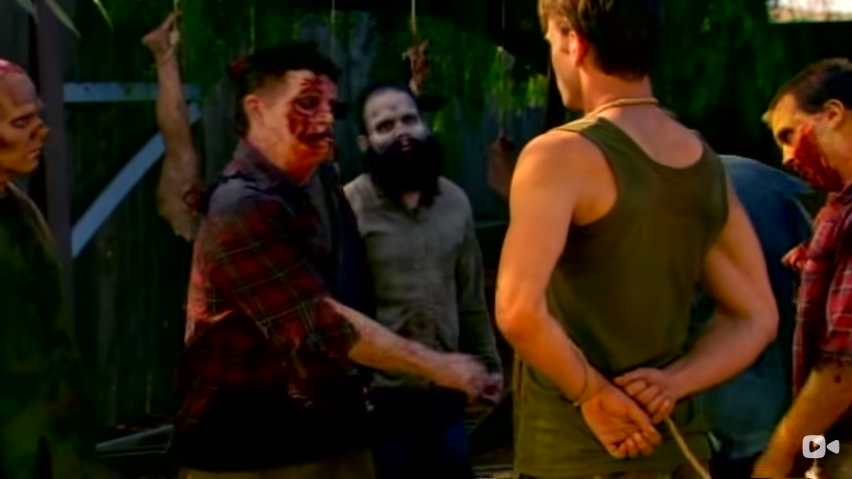 We also learn that all twelve human camps were attacked by zombies at the same time. These monsters are getting smarter and mobilizing better. You could almost say that the zombies are going to war.

It was around this point in the movie where I started to wonder who the fuck was narrating Zombie Wars. A female narrator keeps popping up to explain the weird ass plot and character motivations, but from whose perspective? Is it the bitchy human commander? Is it one of the sexy slave girls? The ones who don’t know English because they were raised by zombies?

The turning point is when brother #2 (the one who was captured by the zombies) discovers that the zombie camp has soap. He wonders how these idiot monsters were able to manufacture such a thing and why they’d even want it. I mean, they’re zombies.

Oh! And then there is this guy. 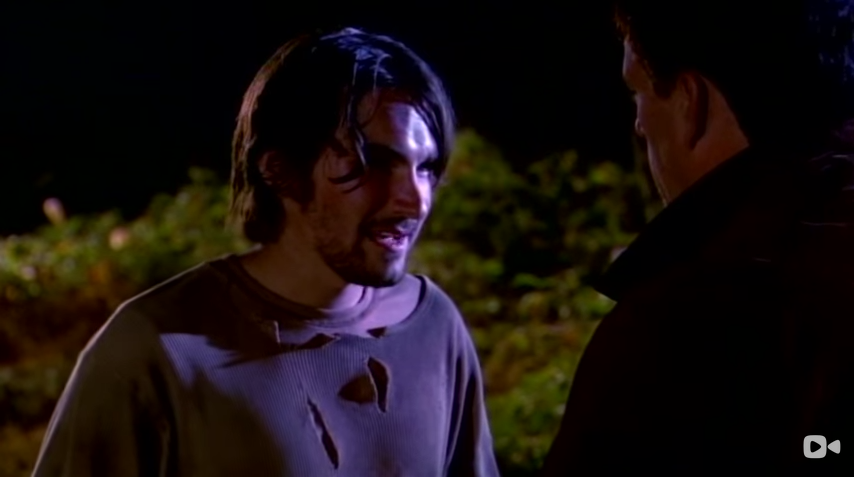 His name is “Slither,” and he’s totally trustworthy. He talks like Serverus Snape and looks like the creepy guy who reads books at the bar. Working in the vegetable fields at the zombie camp, he becomes friendly with brother #2 while also occasionally checking in with a mysterious shadowy figure who represents “The Council.”

DUN DUN DUUUUUUH. This movie is more than meets the eye.

Brother #1, in search of brother #2 with the HBIC human commander, comes across a group of zombies with canned non-perishable vegetables. Why do these zombies have canned corn and potatoes? Did they grow them in the field? What interest do zombies have with vegetables? 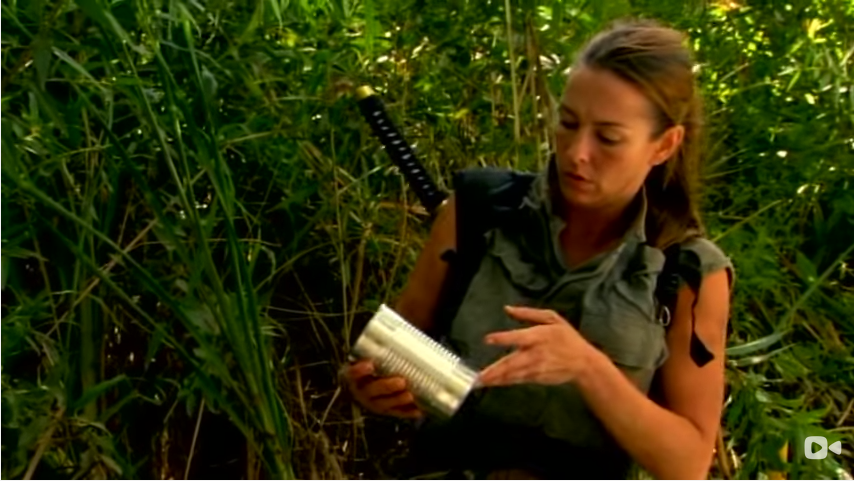 Alas, I cannot continue to reveal plot spoilers. Zombie Wars, as wonderfully ridiculous as it is, becomes pretty watchable from this point on. Brother #1 found a way to slip a drawn layout of the Zombie camp to brother #2 – through the magic of plot convenience. The next thirty-six minutes are full of romance, conspiracy, combat, and triumph. I just can’t ruin that for you. You need to see this movie to believe it.

Zombie Wars, in spite of itself, is a movie that grows on you. Maybe it was because I could watch it for free online. Maybe it was because I had already seen worse low budget horror flicks such as Zombie Lake, Woodchipper Massacre, and Faces of Death. Maybe I just appreciate the filmmakers and actors actually trying to make this weird ass premise work. Regardless, you could watch worse horror films this October.