Talk of the Town: Skyfall – Adele 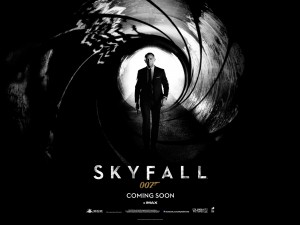 Music in movies seems to be put on the back burner most of the time. James Bond is one movie series that sparks much interest in who will create the title track for the movie. James Bond movies are always known for the intro track to the film. With a film series, that features 23 installments, it is amazing that it can still inspire people to get so excited about a song. When it was announced that Adele would be preforming the track I had my doubts.

I can say with certainty that Adele did a fantastic job with this song. It is a song that was meant for James Bond. This is a song that was perfectly done for Skyfall. We get a sense that things are not going well for Mr. Bond and this song has a dark feeling that expresses just that.