The writing has been on the wall for awhile, but last week it became official: legendary game developer LucasArts is no more. Ever since Disney struck a deal to acquire all of George Lucas’s properties (consisting of LucasArts, Industrial Light and Magic, THX, and, of course, Lucasfilm) back in November 2012, this scenario has merely been a ticking time bomb. Disney has been notorious for dismantling any internal ability to produce games, systematically shuttering its internal development groups at Buena Vista, Black Rock Studio, Propaganda Games, and Junction Point. LucasArts, for its own part, has struggled this generation, internally only shipping Star Wars: The Force Unleashed, it’s ill-advised sequel, and the even more foolhardy Kinect Star Wars. 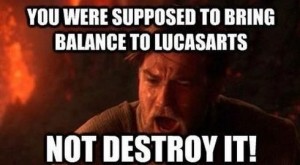 The combination of Disney’s retraction from game development and LucasArts’ recent struggles painted a pretty grim picture for the company’s future in interactive entertainment, and CEO Bob Iger’s comments at the time regarding plans “to focus more on social and mobile than…console” only added to the malaise.

And yet, despite the inevitable outcome, the whole story was never that simple. Several members of the games press immediately sensed the ominous Mouse-shaped cloud hanging above LucasArts after the acquisition, but an unnamed representative described “all products” as “business as usual,” providing a soft glimmer of hope. That hope was abundant in a fan community starving for the next great LucasArts game–a community that was blown away by the next generation presentation of Star Wars 1313 at E3 2012. Promising gorgeous visual technology, collaboration with Lucas’s other groups such as ILM, an M-rated story centered around a certain young bounty hunter in the seedy criminal underworld of Coruscant, and heavy influence from third person action-shooters such as Uncharted, 1313 galvanized the Star Wars gaming fanbase like never before. A rumored Xbox Live Arcade-bound shooter subtitled First Assault provided yet more hope that LucasArts was priming a resurgence to greatness. And from a business perspective, if a mediocre title like The Force Unleashed could reportedly move six million units half a console generation ago, imagine the sales potential a critically-praised, Lucasfilm-backed dream project could muster. The future for LucasArts looked brighter than ever. But then Disney gave George Lucas $4 billion. 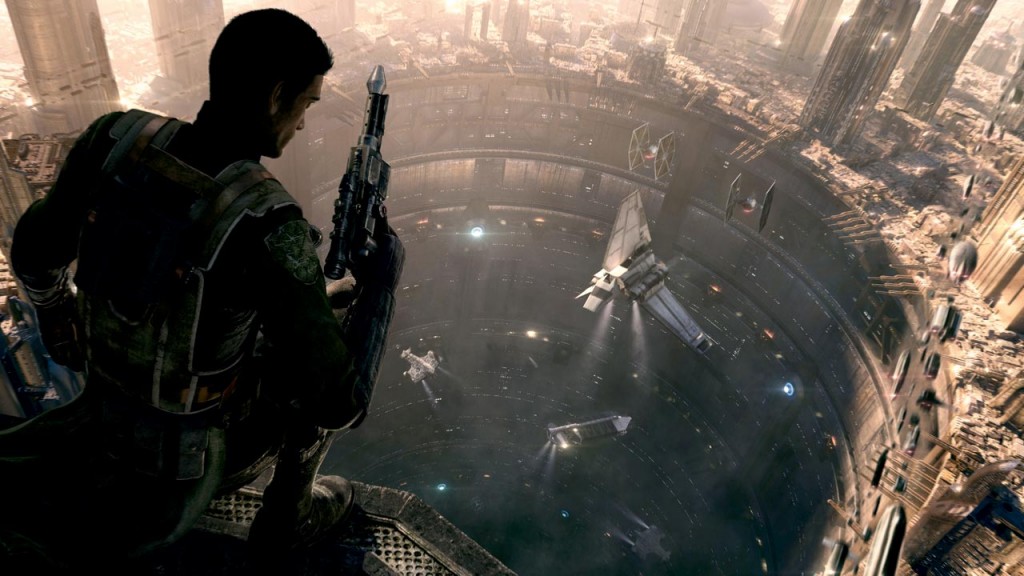 It’s easy to shrug at LucasArts’ death knell as a game developer, citing the three aforementioned projects this past generation. The studio has admittedly overly relied on the Star Wars IP for the past decade or more, and too many of those titles were lacking in quality. An exciting Indiana Jones game tech-demoed at the start of the Xbox 360/PlayStation 3 generation never produced an actual product, several false starts on a Battlefront 3 eventually resulted in an aborted nearly-finished product that bankrupted its developer,Â and the best Star Wars games of recent memory were BioWare/Obsidian’s Knights of the Old Republic games (along with the much-criticized MMO inspired by them) and Pandemic’s originalÂ Battlefronts. Even a throwback to LucasArts’ legendary 1990’s point-and-click adventures, Tales of Monkey Island, was developed externally by Telltale Games. Nevertheless, LucasArts the game developer was a pivotal part of gaming history.

LucasArts’ catalog of hits speaks for itself. Genre-makers like Maniac Mansion and The Secret of Monkey Island would spawn a golden age of point-and-click adventures, including a pair ofÂ Indiana Jones games, Day of the Tentacle, Sam & Max, Full Throttle, and Grim Fandango, which in turn established legendary developers Tim Schafer, Ron Gilbert, and many others such as the founders of Telltale. Pivotal collaborations such as Secret Weapons of the Luftwaffe, Star Wars: TIE Fighter, and Super Star Wars established the company as a leader in action games and its biggest IP as a bonafide star in the gaming sphere. Later hits continued this legacy, including Star Wars: Dark Forces, Star Wars: Rebel Assault, Star Wars: Rogue Squadron and a long list of sequels, spin-offs, and standalone hits (and, to be fair, a healthy mix of middling outings and some titles that were flat out bad ideas). The sheer volume of games LucasArts produced over its storied 32-year history, which consisted of a healthy mix of internally-developed titles, collaborations, and the publishing of licensed external projects, is about as enviable as product catalogs get in this industry. 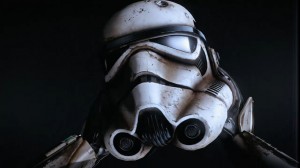 It’s new parent company, Disney, is no stranger to the medium itself, which is no surprise considering the House of Mouse’s propensity toward younger audiences and said audience’s typical affinity for gaming. While most of Disney’s massive catalog could be fairly labeled as licensed, simplistic cash-ins for their myriad cartoon and movie properties, the company is not without its own standout interactive efforts. The SNES era in particular produced such gems as DuckTales, Aladdin, and The Lion King. Occasionally, Disney has committed to more fully-fledged console products, such as the massively popular Kingdom Hearts series with Square Enix. Over the last decade, Disney built up a whole lineup of internal developers, including Avalanche Software, Climax Racing (which became Black Rock Studio), and legendary game designer Warren Spector’s Junction Point. More recently, however, Disney has systematically shuttered these development houses and ceased all internal production, with the notable exception of Avalanche Software, which is working on Disney Infinity. Another subsidiary, Propaganda, was working on a pretty cool-looking and wholly original Pirates of the Caribbean game.Â 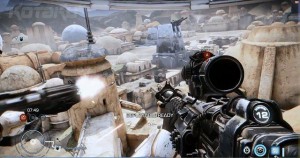 While Junction Point had mixed success in trying to build a game based around Mickey Mouse, the rest of Disney’s stable of IPs have been completely ignored for a bonafide, original console game.

Disney’s recent aversion to ‘AAA’ game development carries obvious concern for its fans, but it’s especially troubling given the company’s increasingly swollen stature in the greater entertainment business. Disney has long had numerous popular IPs, but acquisitions over the past half decade–most notably Marvel Comics and Lucasfilm–make the problem of a gaming-averse Disney more concerning that ever. There are legions of passionate fans of both Marvel and Lucas properties that also buy and play large quantities of games; we named our website after them! While Disney has been more keen on film production than ever–and nobody here is arguing they shouldn’t focus on films–they are also a multimedia conglomerate that should theoretically be trying to leverage their properties in all media they can. For games in particular, Marvel and Lucas have an enormous built-in fanbase, and coupled with the game-friendly nature of their IPs, Disney’s production output for the medium should be a no-brainer. Just imagine what a good Star Wars game, like 1313 and First Assault were looking in their admittedly early states, could manage to sell. It’s bad business as much as it is bad fan service, and Bob Iger’s comments about focusing on mobile and social are completely missing the point–and the market–that these properties are tailor-made for blockbuster interactive experiences. 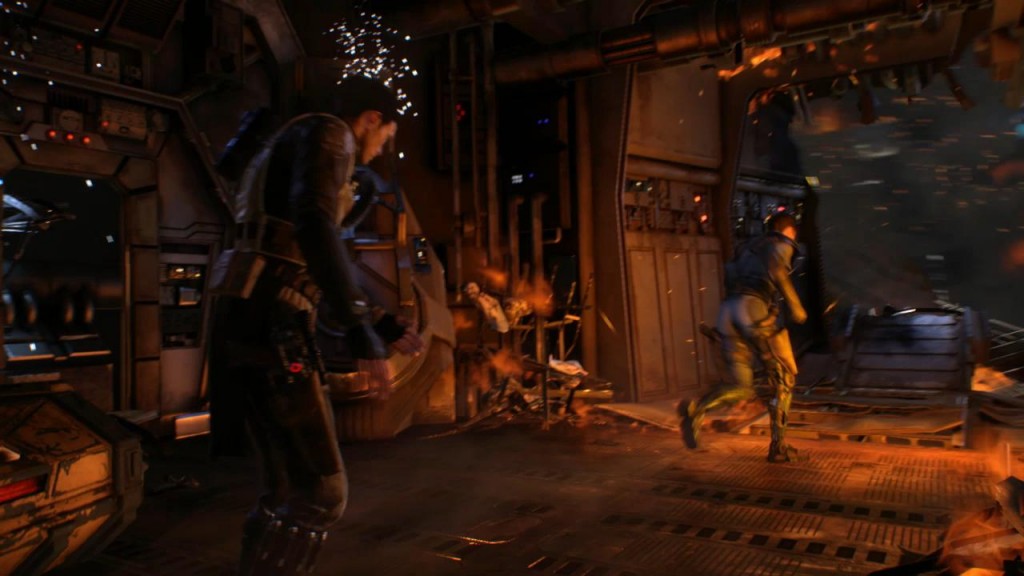 We must, as fans, keep a close eye on Disney and demand that they do justice to their own IPs and fans by continuing to support full-fledged gaming experiences. While the nail is in the coffin on LucasArts as a developer, and is getting hammered in company-wide at Disney overall, there is a silver lining in that there is still the possibility that third party developers will be able to license Star Wars and other Disney-owned IPs to fulfill these demands; some are even actively campaigning to do so. 1313 and First Assault looked great, but there have been numerous examples of non-LucasArts-developed success stories, many of which have already been highlighted in this article. We need those types of partnerships–ones supporting and celebrating freedom within the general IP–now more than ever, and not just half-hearted clones of shallow mobile/social products. Which is not to say that Disney shouldn’t produce some movie-tie-in fodder (of course they will), but the rich worlds of Star Wars and Marvel are capable of producing great (and highly profitable!) entertainment experiences in gaming that can stand on their own merits. 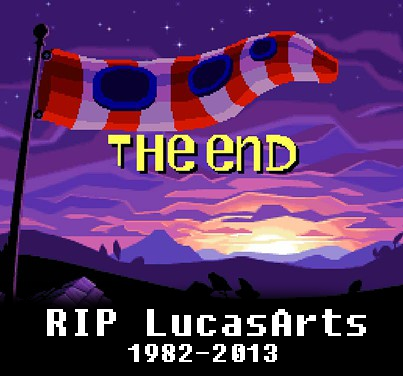