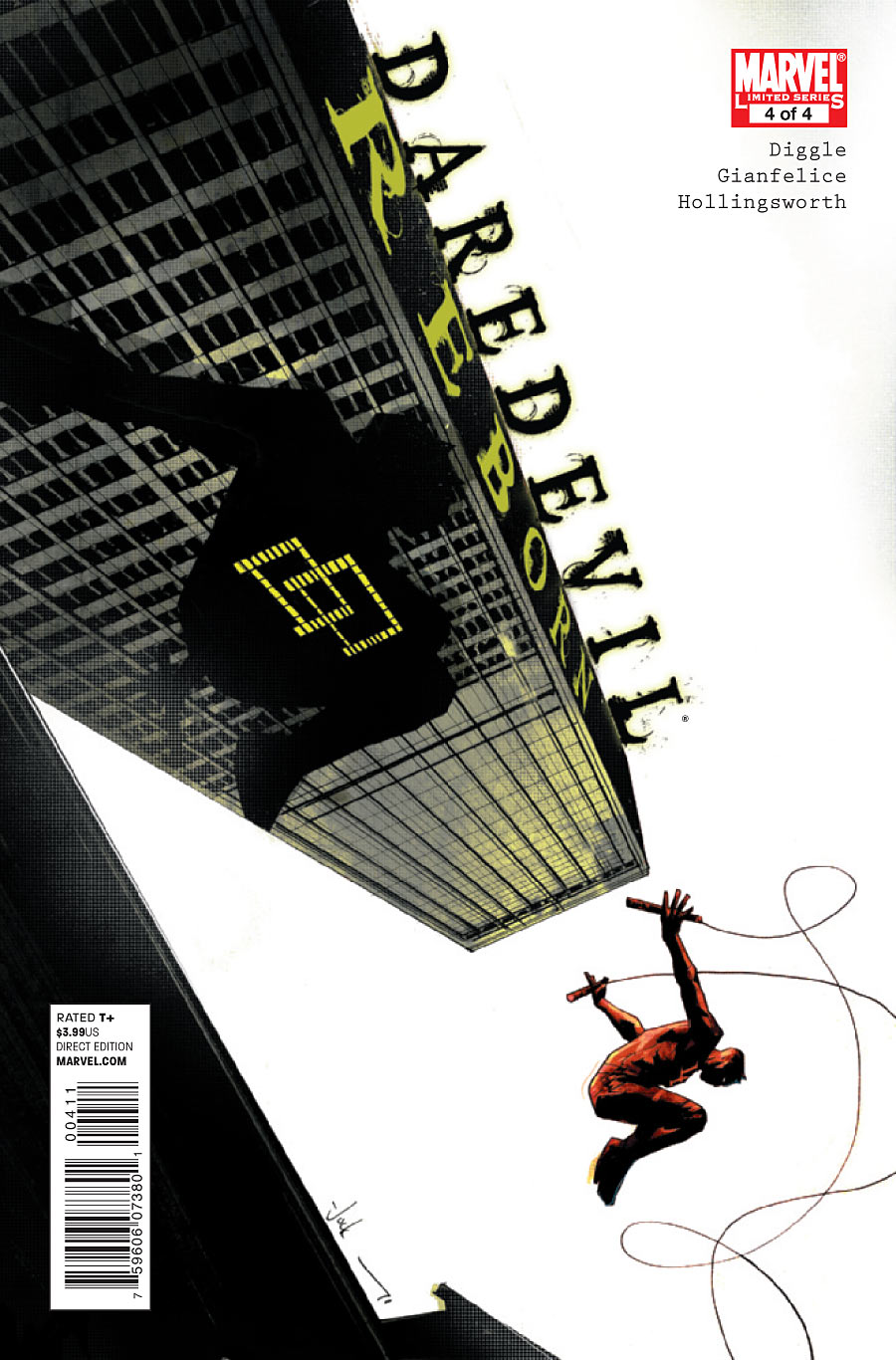 Daredevil Reborn #4 picks up directly after the cliffhanger from last issue and wraps up writer Andy Diggle’s story and gets The Man Without Fear ready for the Daredevil re-launch this July.

After reading this issue, I have mixed feelings, and not a whole lot to say. I guess I’ll start with a few words about Diggle. There’s nothing wrong with his writing, but this issue comes off as just a clichÃ© filler piece that just exists to wrap up all his loose threads so someone new can take over. The plot is the typical thing of a hero learning to believe in themselves again and eventually overcoming obstacles to become that heroic figure once again, and this isn’t a case where the writing makes the clichÃ©s more interesting or acceptable. I’ve got no beef with Diggle, but I was kind of bored with his Daredevil a while ago, and will be glad to see someone new take the reins.

Much like the writing, the art isn’t bad, but it’s not exceptional and quite frankly, it’s pretty bland and boring. It’s not the most detailed art I’ve seen, and some stuff is on the crappy side, especially faces, which does not help this book out one bit. The colouring job does match up with the art pretty decently, I suppose but if the pencils are mediocre to begin with, the colours are a moot point. There is actually one compliment I have for the art though: Jock’s cover. If Jock had done the interiors as well as the fantastic covers, than this book would have one thing going for it at least.

Recommendation: Avoid it. Even if you’re a hardcore Daredevil fan like myself, I can’t really think of a reason why you’d need (or want) this book.

New Reader Accessibility Rating: 2. As I mentioned earlier, this is the culmination of Diggle’s Daredevil run as well as being the last issue in a mini-series. Wait for the re-launch to jump on.