Killzone finds it’s way again onto a portable platform, but unlike Killzone Liberation this one is not developed by the Dutch at Guerrilla Games. At the helm are now the guys from Guerrilla Cambridge, who were previously just known as SCE Cambridge Studio and are best known for their work on the MediEvil games. Aside from a new studio at the head, the real difference is we finally get a first person shooter. 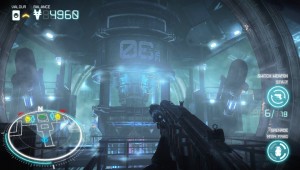 The first thing you’ll notice when you boot up Killzone Mercenary is how unbelievably good looking this game is. It is the best looking game to date on a portable device. What the guys at Guerrilla Cambridge are getting out of the Vita is sometimes just breathtaking, and all of this with a pretty consistent performance to boot!

The twist for this game is that you are no longer taking part in the war a s a soldier of the ISA, but instead you are Â a mercenary who is just out to make a profit. But don’t worry there are still more than enough British space Nazis to kill along the way. The idea is that you are expendable, and that’s why they are sending you on missions no one else would be willing to take. The campaign is around 5 hours long, and has a plot woven around the events of the first 3 games. It really drives home the fact that there truly is no black and white in the world of Killzone, just shades of gray. 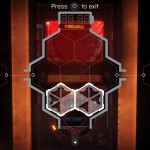 At first the campaign might sound short, but the developers of this game were very aware about which platform they are developing for. It is very obvious that a lot of the decisions made were tailored towards a portable experience and even more the Vita experience. This begins with the controls which are standard shooter fare, except for the use of all the unique features the Vita has. Since there is no possibility to click in a stick to run, youÂ can tap the back touchpad and initiate your run that way. (You can also always just press circle) You can switch your weapons and throw grenades quickly with the touch screen, and then there are also the melee kills that require you to swipe in specific directions to be successful. The swiping isn’t just a gimmick because it adds the possibility for enemies to actually counter you. There even is a clever touch screen based hacking mini game. 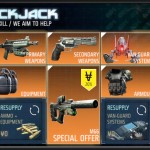 Besides the controls the campaign is all about replayability. During the missions you will earn money for kills, being stealthy, picking up ammo from enemies and so on. With this money you can buy new equipment from the black market dealer called Blackjack. This can be done during missions at specific crates or in between missions. The equipment includes new weapons, grenades, drones and even armor that can modify your stats. My favorite armor was the mercenary one which gave me extra money for everything I did at the expense of less survivability.

On top of getting you hooked on getting really good at these missions to get more money, they included something called “Contracts”. Every single mission in this game has 3 extra contracts calls which give you new objectives you have to fulfill in order to earn a big bonus. There’s always a stealth contract for example, in which you have to use stealth equipment, maybe take out cameras and do specific stuff without ever being noticed. Â This part feels like the different difficulty levels in Goldeneye for the N64 which gave you always new objectives to achieve. Killzone Mercenary combines these contracts with the possibility to still select the difficulty separately. A higher difficulty of course earns you more money. 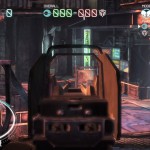 And if this is content rich single player portion isn’t enough for you there is always the multiplayer. The great thing is that progress between the both game portions is shared. So no matter what you play, the money you earn and the stuff you unlock is available everywhere. Another great decision considering the platform, because it is unlikely that you will play the multiplayer on a train ride. The multiplayer has the standard deathmatch and team deathmatch, but add Killzone’s unique Warzone mode. This one is slightly changed from it’s bigger brothers though. You still play a match in which you go through different modes, but now these modes are team deathmatch, a mode in which you have to collect tokens dead enemies leave behind, another one where you have to melee enemies from behind in order to interrogate them and in the last one you have to hack airdrops that land on the map. it all works really well and the game comes with 6 maps to play. Maybe a few more maps would have been good but what is there has a good variety. Also unlike the console versions you only play 8 player matches but since the game is built from the ground up to work this way it’s not really something that takes away any enjoyment. 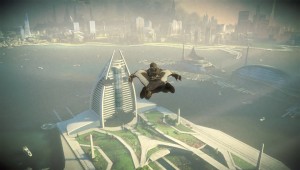 Score 7 (out of 7): This game might not be perfect but it is damn near close. It is beautiful to look at, controls great and really takes into account the platform it is released on. This is how first person shooters on portable systems should be made and it sets a high benchmark for everything that comes after it.