Getting To Know U: NYCC 12: NintendoLand

“Getting To Know U” is another feature we’re introducing in preparation of the Wii U’s launch in just over a month. This feature will take a look at the games launching with the Wii U this year. Whether it is hands on impressions, a compilation of trailers and information or some fun combination of the two.Â

After E3 2012, Nintendo launched what they called the “Wii U Experience” which would bring the Wii U and several of it’s key titles to various cities so fans could get an early hands-on with the device. I got the chance to attend the first of these events and went hands on with NintendoLand at the time. You can see my initial impressions here.

At the time, I got to go hands on with 4 of the attractions on display. This past weekend, I had the chance to attend New York Comic Con, and got theÂ opportunityÂ to go hands-on with those titles as well as 2 new attractions to NintendoLand. I will briefly touch on those, but this article will largely focus on the reactions I was able to observe with this game since Nintendo is positioning it as the evolution of Wii Sports.

The first attraction (Yes, I’m using Nintendo’s vernacular for mini-games here!) was Metroid Blast. One of the newer attractions announced at their press conference last month.I didn’t need to read game reviews of this attraction to be excited on its huge potential. I assume it was due to spacing, but the game only supported 3 players at once instead of the max 5 players. And it bought back one of my biggest fears with the NintendoLand package, which is howÂ scale-ableÂ are the games. Like this game seems to be a blast with 5 players, but 3 left me a bit underwhelmed.

In my experience, what would happen is the 2 players on the ground start off so far apart that it becomes difficult for them to support each other so the gunship simply targets one person until they are dead and then focus on the other one. It made for some quick games. 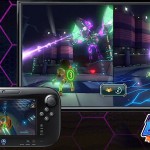 That was for the competitive mode, but the co-operative stuff was a ton of fun. It’s a Nintendo-spin on horde mode where you get wave after wave of enemies, but characters have differentÂ abilitiesÂ and at times need to work together. This worked well with 3 players, but I guess since it was a demo, we only really got to try out a fairly easy setting, which proved to lack much of a challenge for anyone who played. I can see it getting a lot of play in the package though.

As for the controls, it controls like I guess a Wii 3rd person shooter would have (I honestly don’t think I played one on the system) especially since the game lacks a 2nd analog stick. Instead in order to get a feel for your environment you have to hold down A and move the analog stick. It’s an odd way of doing it, but it wasn’t a deal breaker in horde mode. I do see it being a bigger problem in the competitive mode especially if other players getÂ competentÂ with the controls.

It also introduces some Metroid elements like the ability to charge up your blaster by holding the B button down, and turning into a ball by pressing the Z button. Unless I’m mistaken though, you can’t trigger morph ball mode, instead you have to hold down the button to roll around as soon as you let it go, back to walking.

There are also some context specific actions as well. Certain stages (and believe in co-op can do it with the ship) have grapple points. In order to grapple up to these points, you move your reticule over it and press the fire button and away you go. The other one is a teleport system, which are glowing teleporters on the floor. You press Z while on them and teleport to another place on the map. Most of them seem to take you up to a higher ground.

Metroid Blast left me somewhat hopeful, but still frightened that some of these games won’t be nearly as fun without a decent size cast. On the positive side though, Nintendo was smart enough to include other modes in this attraction that do seem to scale better.

The other attraction I got to test out was The Legend of Zelda: Battle Quest. Coming into this event, it was one of the few mini-games that I’ve heard mixed things about. A lot of people came away from it not too happy with the product, and after going hands-on with it, I have no idea why. This is perhaps one of my favorite attractions yet. 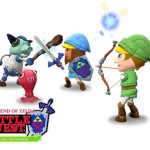 The game is a co-op dungeon crawler, that divides up duties between the player on the GamePad and the players using the Wiimote Plus. While wielding the Wiimote Plus you control your sword much like Link does in Skyward Sword. You will need to swing left to right, down to up andÂ diagonallyÂ to do away with foes. You can even hold your sword to the sky to unleash a skyward strike. Other than that, you don’t do much since the game is on-rails.

Where it does get interesting is the player on the GamePad. The player using the device has a bow and arrow so they are in-charge of more long distance attacks. So there will be flying enemies or enemies in towers that you need to take out. It’s an interesting spin on things since it forces all players to work together since the bow and arrow player really can’t defend themselves that well up close and the sword people obviously can’t attack beyond their reach. To really drive home the point that you need to work together, the game has an unifying health system so if one person takes damage, the entire team takes damage!

This forces players (in this case, 3 different strangers) to constantly communicate among themselves so they can get through the dungeon alive. Sadly enough, we didn’t make it but had a ton of fun failing.

Now for the negative or at least nitpick, I don’t really care for how they do the arrow controls. I like the fact that you use the GamePad to be more active to aim and reload, but the actual shooting mechanics are meh. I understand it is done so you can control distance and power I guess. Anyhow, it works by pulling down on the right analog stick and then letting go to release the arrow. I would much rather they just use the triggers to shoot, but it isn’t a dealbreaker.

That was a lot more words than I expected to write on those two attractions, but there you go. Zelda: Battle Quest was a ton of fun, and I can’t wait to run through it with friends. Metroid Blast has potential, but I fear for it’s scalability.

Now, I mentioned the other aspect of this write-up would be the reactions I observed over 3 days at NYCC and to a lesser extent, the Wii U Experience back in June. 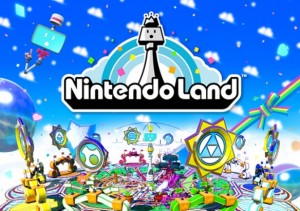 NintendoLand from first impressions isn’t a game a lot of people get. I was completely in the boat that believed it looked like a mini-game collection with an unifying hook (exploring the Nintendo universe), but Nintendo has crafted something extremely special here, and I don’t think it’s something people get until they go hands-on with the title.

I watched hundreds of people come in and out of the booth the entire weekend. I saw kids, teens, adults and parents all come out and try the game. Most kind of did it because it was the fastest moving line (since you did 5 people at a time) and wanted to get hands-on with the controller. But there’s a moment when the booth attendees are poorly explaining the controls of their games to people that you kind of see the indifference in their eyes.

And then the game starts, and it all begins to click for people. It starts off slowly, but you soon hear the shouting and screaming and the excitement in their voice. Of all the people I witnessed playing these games, I honestly don’t think I saw anyone walk away disappointed. I’m not saying that these people are going to run out and buy a Wii U for this title, but I do think Nintendo has something here. It will again be one of those games that people don’t understand the power of until they actually get to try it.

The problem with the game’s showing at E3 and even at these events is Nintendo wants to explain it away as complicated as possible, but you really don’t need to do that. Most of these are some variation of playground games. Mario Chase is pretty much manhunt. Luigi’s Ghost Mansion is aÂ sophisticatedÂ version of hide and seek. And Animal Crossing: Sweetest Day is some deformed version of tag. I mean go in with those general ideas in mind and you’ll soon grasp all you need to about the games.

I hope this article helped you to get NintendoLand just a little bit more. Look for the game at launch, including with the Deluxe Edition, or as a retail and eShop title.