From Fandom with Love: The Man with The Golden Gun


For 50 years, the James Bond franchise has captivated millions around the world. In celebration of 50 years, and to countdown to the release of Skyfall, one fan shares his journey through the series in “From Fandom with Love.” 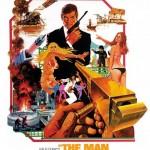 This thing has really gotten away from me. Life happens. I’ll never apologize for that. You can plan awesomeness and be sidetracked 50 ways from Tuesday. I won’t make any excuses. I’ll simply try my best to play catch-up.

With that said, we’re on to The Man with The Golden Gun. I’ve already mentioned how out of whack our viewing of the Roger Moore films have been. Since this is technically his 2nd film, but like the 4th or 5th one we’re covering. Anyhow, I remember this film being better than it actually is.. well I think I remember the gimmicks more than anything. The villains’ 3rd nipple, his trademark Golden Gun, his midget henchman and of course his carnival funhouse! That said everything else in this movie is fairly forgettable so let’s break it down.

The film has Bond sent after the Solex Agitator, a device that can harness the power of the sun, while facing the assassinÂ Francisco Scaramanga, the “Man with the Golden Gun”. The action culminates in a duel between them that settles the fate of the Solex.

This is the wiki-fied version of the movie, but what it fails to mention is for most of the movie, there actually isn’t much of a plot. The film begins with the premise that Scaramanga is after Bond after MI 6 receives a golden bullet with 007 etched into it. That turns out to be a ploy by the woman being held captive somewhat by Scaramanga. So for about 3/4ths of the movie, Bond is on a wild goose chase with a villain who doesn’t really care for his existence.

Finally when their paths begin to entwine, they set down for dinner and a nice sporting chance before the climax. Which is fun in it’s idea, but not the greatest thing executed. 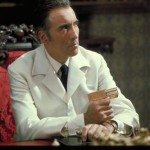 You know how I mentioned above that this film doesn’t really have much of a plot? Well, the villain doesn’t have much of a scheme either. It eventually comes out that his private island has like a laser cannon that uses the power of the sun… you can already see the major flaw in that right? Yeah, just attack him at night when the sun isn’t out!

His scheme.. is to sell the equipment to people. I’m not really sure. From what the movie explains, he already makes a million dollars (in the early 70s that’s a ton of money) for every kill he performs so he wasn’t hurting for me.

It really just seems like he needed something to make him more evil in the film.

For really no scheme, he gets an AGENT.Â

Andrea Anders– She is the woman who initially sends the golden bullet to MI6 that kicks the events of the film into high gear. Along the way, she attempts to assist Bond as they find a way to get her away from Scaramanga. She oversteps her boundaries when trying to steal the Solex and is killed. DEAD 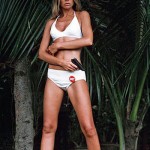 Mary Goodnight- The Bond franchise hasn’t always been nice to females, but they tend to have played them as at least smart counterparts for the most part. Goodnight is an awful character even by Bond standards. She’s a fairlyÂ incompetentÂ agent, who seems to run head first into trouble with every scene. You begin to wonder why Bond didn’t just send her home at some point as she seems to be more trouble and a hindrance than anything in this film. Going as far as giving the villain the Solex, almost killing Bond while disengaging the device and blowing up the island. She survives the movie somehow! LIVE

Damnit, I do apologize for this… I actually remember an awesome one for this film, but watched it like 3 weeks ago and completely slipped my mind.

The opening credit sequence focuses more on setting up the villain and the threat (something they borrowed from Live and Let Die) and it’s a cool little sequence. I think the idea of Scaramanga’s Funhouse and his little cat and mouse game with Nick Nack are pretty cool. It’s a fun opener.

Let’s get this out of the way… Man with the Golden Gun, to me, has the absolute WORST theme song in the entire Bond saga. I know everyone has their picks for one reason or anything, but nothing is as flat and as boring and as bland as the theme song for this film. It just does nothing for me at all!

It is only fitting that this song is accompanied by a very dull opening credits sequence. It lacks any type of thematic element or any sense of excitement that they tend to have. Instead, we get very extended shots of the most bizarre things like the golden gun.. or a lady standing. Like they could have worked those images into the opening with a lot more flair.

It also doesn’t seem to take a single element from the movie and work it’s way through the entire sequence. I mean spruce it up a bit, and this is speaking like 40 years later, but imagine having a golden bullet cut through the credits with various elementsÂ inter-cut?

The Man with The Golden Gun was one of those films that I remembered a lot more enjoyable than it actually is. There isn’t a lot for anyone to do in this film. We get a Bond who is lost in the shuffle, a villain who is played well but given nothing to work with, one of the most offensive Bond girls to date and the return of my least favorite character, J.W Peppers from Live and Let Die.