This week I review the debut issues of Spider-Gwen and Orphan Black, as well as part 3 of the Once and Future Juggernaut in the pages of Amazing X-Men and lastly the latest issue of Darth Vader! 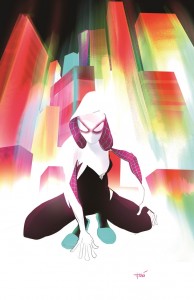 I’m glad there is a refresher on Gwen’s Edge of Spider-Verse issue in this because this picks back up two days after she returns to her universe in Amazing Spider-Man #15 this week. And this story dives right in and we get to see the aftermath of Captain Stacy finding out Gwen’s secret and the fallout of Gwen leaving the band after the attack during the Mary Janes concert in Edge of Spider-Verse. Also it is cool to see Gwen dealing with going from fighting in this epic battle to save all the spiders of the universe to stopping a mugger for 78 cents. I also enjoyed the familiar faces from our universe in slightly different roles. Overall, I liked the artwork. Some scenes are stronger than others but I think it really fits the tone of the book. The colors are great; they are simultaneously vibrant and subdued which leads to some great pages. I am definitely looking forward to what comes next in this book. 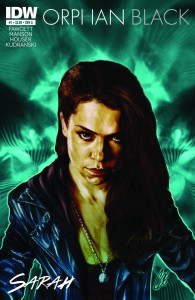 I really enjoy the narration which is something we don’t get to hear too much of. It’s nice to hear her thoughts and initial reactions to things. I am a big fan of the show so I am familiar with all the events and understood how this first issue was filling in some gaps. To me the pacing was extremely fast, and I think it would be very hard to follow if you haven’t seen the show. This made for a very uneven issue even though I wasn’t sure what I was expecting. I wasn’t thrilled with the artwork. It was very inconsistent both the pencils and colors, there were some scenes when the characters look great and the colors added an extra depth and then other panels where the characters didn’t quite look like themselves or the colors were very flat. Sadly I don’t know if I’ll be back for issue #2. 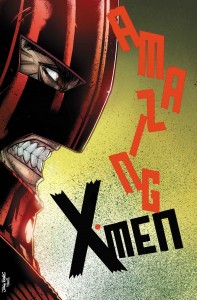 This was a solid issue, the story is engaging and up until the end you don’t know which one of the “contestants” actually becomes the new champion of Cyttorak. I was surprised to see who the new Juggernaut is and I have to be honest, I am disappointed. However, the arc is not over so this person may not remain the Juggernaut for long. Things certainly are not looking good for the X-Men, I am curious to see how this arc is wrapped up because so far it has been quite enjoyable. The art is good and the colors really help liven up the panels. 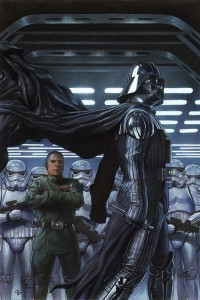 It surely is nteresting to see Vader being pushed around by Tagge because in the movies Vader was usually in charge and this was something more we saw with Anakin in the prequel movies where he was always being bossed around and being told what to do. It’s great to see Vader go on these missions because we get to see how he really earned his reputation, he is smart and oh so very dangerous. Not to be underestimated. I like the use of destroyer droids especially against the Empire. It’s a cool nod to something from the prequel trilogy that was actually useful and makes sense to repurpose and use as weapons to fight against the Empire. Larroca’s art is great and the Delgado’s colors really bring the characters to life and it almost feels like you’re watching Star Wars. With the quality or both Star Wars and Darth Vader both now being 2 issues in, I am very excited for the Princess Leia miniseries.