During last night’s episode of Gotham, Follow The White Rabbit, Oswald declared his feelings for Edward Nygma… first to himself then to an imaginary Nygma. Now while many fans have noted the sexual tension that existed between the two characters, I think few expected the show to actually embrace that dynamic and run with it. But, I don’t necessarily believe Oswald’s feelings are completely genuine in nature.

Now I want to be sensitive in tackling this issue as I don’t want to be seen as denying or erasing Oswald’s declaration, but I do feel there’s more to this story than the Penguin’s sexuality. 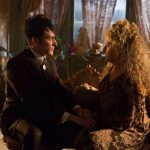 Over the course of the 3 seasons of Gotham, we have seen Penguin form unhealthy and quick relationships with a number of characters. The most obvious being his relationship with his mother which has been a constant for him in life and death. As recent as episode 5 of season 3, we saw Penguin seek revenge for the destruction of a statue in his mother’s likeness.

But a boy loving, a bit too much, his mother isn’t really that bad. But we have also seen him create a quick attachment to Jim Gordon. After sparing his life in the pilot episode, Oswald returned to Gotham with the belief that James Gordon was his new best friend. A belief that persisted through most of the show’s first two seasons. Even after Jim told him the truth, Penguin still believes him to be a close friend. 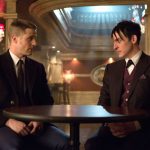 During season 2, during one of his lowest points, Oswald discovered his father and secondary family he had created. Coming after the death of his mother, it made sense that he would want to recreate a family, but much lik 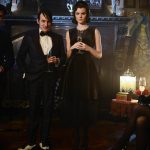 e he has shown before, he is more than eager to take abuse to form what he considers a loving relationship. His step-family (including a mother, brother and sister) treated him badly and laughed in his face, but it wasn’t until they murdered his father that he was finally able to see them for what they were.

Edward just seems to be the most recent character on the show that Oswald has focused his emotions on, the major difference being that Edward seems to recoup a mutual fondness for Penguin. Whether that translates to a romantic interest remains to be seen, but I can’t wait to see where the show goes with it.