Why Do Fans Boo Roman Reigns?

Last month, I enjoyed my first WrestleMania. I’ve been a spectator of the sport for years now, but I largely dismissed the pay-per-view matches as ‘too expensive’. I happily enjoyed the festivities this year and watched all of what WrestleMania XXXII had to offer. All seven hours of it. My body print is still visible on the couch.

While I enjoyed the experience tremendously, seven hours worth of content was fatiguing. When it came time for the main event, Roman Reigns vs. Triple H for the WWE World Heavyweight Championship, I had to fight the urge to just turn in early for the night. I figured it would be a good match, I just wasn’t looking forward to it. The outcome seemed fairly predictable and all of the matches I was really looking forward to had already ended. In a lot of ways, the main event felt overshadowed by the spectacle of WrestleMania itself. And the fans seemed to express my sentiment as well. Though, maybe not for the same reason.

Throughout the match, I noticed the typical jeering for Reigns from the audience. To my surprise, however, Triple H seemed to be receiving the actual applause. I had somewhat observed this at the Royal Rumble “One vs. All” match, as the crowd roared for Triple H as he strolled down the ramp as the final entrant to the heralded event. And I especially noticed it when the crowd didn’t react dismayed in the slightest when he flung Reigns over the top rope and stripped the champion of his title.

The fact is, the WWE universe just isn’t that into Roman Reigns. That’s not necessarily a bad thing. There have been plenty of villainous champions the WWE universe has loved to hate. The trouble is, Roman Reigns wasn’t supposed to be the bad guy. This observation received an exclamation point, properly punctuating the state of the Heavyweight Champ, the very night after WrestleMania on Monday Night Raw. Reigns entered the ring to present himself to the WWE universe victorious from WrestleMania, serenaded all the while by the booing crowd. “I’m not a good guy,” Reigns reasoned with the audience, “I’m not a bad guy. I’m the guy!” And as my younger brother observed, “Isn’t he suppose to be the good guy, though?” 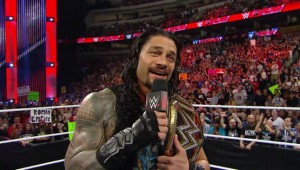 For the fans to give the top billed star a shot, first they have to like him. The problem is, Roman Reigns isn’t my favorite wrestler. He isn’t my second favorite, either. And that really is the problem here.

Consider “Stone Cold” Steve Austin. He had a remarkably similar storyline to Roman Reigns’. For that matter, so did Daniel Bryan. The difference is that the WWE universe embraced these superstars. Of course, that could have been for any number of reasons, but chief among them was that they had worked for quite a while to become your second favorite wrestler. Austin’s defiantly smug way of standing up to Vince McMahon painted a smile on every fan’s face from ear to ear as the Texas Rattlesnake quickly became the epitome of the Attitude Era. And Bryan slowly won over the WWE universe as he was driven to insanity screaming ‘No!’ to the incessant ‘Yes!’ chants from the crowds as team Hell No reigned supreme as the tag team champions. At that point in time, would anyone have said Daniel Bryan was their favorite wrestler? A few, I’m sure. But in general, he was a fan favorite. And how disappointed were you when he became the Heavyweight Champion?

From there, contrast Austin and Bryan to Roman Reigns. Whereas either of those two stars had a memorable and organic rise to the top, Reigns by comparison has felt forced and gimmicky for quite a while now. All for one reason. He’s been pushed as your favorite wrestler. The guy of the WWE. When all the while, fans have never had the opportunity to organically get behind him. Not for lack of effort, though. The 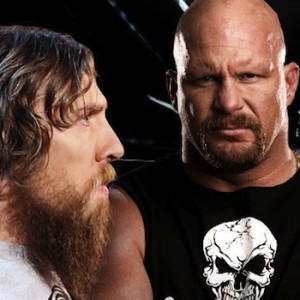 WWE has presented opportunity after opportunity for this to happen. But it just feels forced. Like a decision that they’re trying to make for us. I mean, Roman’s already reasoned with the fans that they don’t have to like him, they just have to put up with him.

But there’s a lesson here for the WWE, should they choose to learn it.

The WWE has a habit of pushing wrestlers to their audience. Wrestlers that no one even seems to like, yet are somehow the de facto champions. Roman Reigns fits that build perfectly. So do a lot of soon returning talent to the WWE, like John Cena or Randy Orton. It’s not that I’m trying to say that nobody likes these guys, there are plenty who do. It’s just that the WWE doesn’t seem to realize that they can’t make their fans like whomever they choose. They have to learn to quit choosing wrestlers to push to their fans and learn to start pushing the wrestlers their fans choose.

Lets hope they choose to learn it, yeah?