The most exciting week in gaming is officially underway as the Big 3 console manufacturers, Microsoft, Sony, and Nintendo, kicked off the show with their traditional “Day 0” press events. Everyone showed up with plenty of games to be excited about, eliciting literal cheers from the crowd and stoking the fires of a brand new battle in the ongoing console wars. But what exactly was shown? What was worth getting excited about? What’s worth getting upset about? And what is going on with the legendary mic drop Sony pulled off that has left social media buzzing? Find out in Nerds on the Rocks’ E3 2013 Press Conference recap. 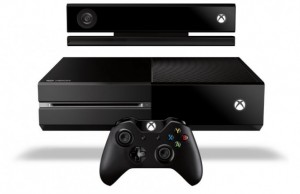 Right off the bat, before any floppy-haired executive trotted out to spout Marketingese, Microsoft let a game do the talking for them in a mesmerizing gameplay trailer for Metal Gear Solid V: The Phantom Pain for its new Xbox One. A great showpiece and a “get” of a franchise traditionally associated with PlayStation (even if MGS5 will stil show up on PS4), The Phantom Pain left no doubt that there will be a substantial leap in graphical fidelity when these new consoles are placed in capable hands. After that tease, Microsoft took a detour to revisit its current-gen juggernaut, the Xbox 360, revealing an Xbone-inspired redesign andÂ World of Tanks: Xbox 360 Edition. Microsoft also revealed that it was borrowing a page from the PlayStation Plus playbook and will begin offering two free games per month to Xbox Live Gold subscribers, starting with Halo 3 and Assassin’s Creed II on July 1.

Finally, it was time for Xbox One to flex its lineup. After a much-derided hardware reveals, gamers were eager for the promised games-only E3 showcase. The first title trotted out was Ryse: Son of Rome, a title from Crytek that was once a (360) Kinect killer app, now resurfacing as a beautiful, action-focused launch title for the Xbox One. Sony’s old partner Insomniac then showed up to reveal the stylish, Xbox One-exclusive open world shooterÂ Sunset Overdrive, while the rumors of a Killer Instinct revival turned out to be true, even if it’s going to be free-to-play and not made by Rare. Racing juggernaut Forza Motorsport 5 then showed up for some luscious car models and, more interestingly, a cloud-powered dynamic AI system designed to learn from and mimic players’ driving styles. D4, an episodic, cel-shaded murder mystery from the developer of Deadly Premonition was revealed, followed by a “scene” from Remedy’s game/live-action mashup Quantum Break, which left us with no clearer idea of what the game actually is. Microsoft then revealed creation gameÂ Project Spark, a sort of evolution of their Kodu Game Lab mixed with elements of From Dust and other games, with the objective of “making designing the game just as fun as playing it.”

After a plethora of games, Microsoft took a step back to detail some of the new SmartGlass functionality on display in Xbox One games and announced that Microsoft Points will soon be a thing of the past. Back to the games, Microsoft announcedÂ Dead Rising 3 for launch, the (like Ryse)Â now Xbox One-exclusive and controller-based Crimson Dragon, a new game from Superbrothers dev Capybara called Below, and an excitingly deceptive teaser for what will presumably be called Halo 5. Finally, Microsoft announced one $499 SKU will be available in 21 markets in November, showed an awkwardly-delayed Battlefield 4 demo and announced timed exclusivity on DLC, and closed with a stunning gameplay demonstration of Respawn Entertainment’s debut game, Titanfall. Microsoft promised games, and to their credit, they showed a lot of games and more than a few that were very impressive. Unfortunately for their PR and marketing groups, they also left the door open for… 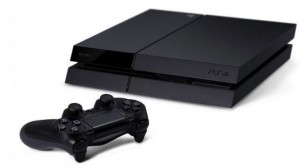 …their biggest competitor. But before we get to that “OH NO HE DIDN’T!” moment, a recap of the PlayStation presser as a whole: After a predictable Sony Press Conference Delayâ„¢ followed by a Sony Games Montageâ„¢ to open the show, Sony settled into a methodical drum up to their next-gen darling. First up: the struggling PlayStation Vita, whose virtues as a portable gaming device and multimedia machine and status as “the ultimate PS4 companion device” were pushed hard by Sony execs, complemented by a run-through of announced games, the reveal of free-to-play RPG Destiny of Spirits, and a new hardware bundle with The Walking Dead including a new DLC episode titled “400 Days.” Speaking of hardware, Sony did not wait long to reveal the PlayStation 4 hardware. At first glance, it looked almost exactly like the Xbox One, only for Andrew House to tilt the unit in his hands on stage to reveal a slanted, rhombus-like hardware design that is demonstrably thinner than the Xbox One.

With the black box out of the way, it was back to games, and Sony made clear that the PlayStation 3 was not yet going into the sunset. A new hardware bundle with Grand Theft Auto V is on the docket along with a strong lineup consisting of games like The Last of Us, Puppeteer, Rain, and Beyond: Two Souls–but no conspicuously no mention of The Last Guardian, which may or may not be “on hiatus”. Somewhat surprisingly, Sony then switched gears to tout its media services, from revamped Music and Video Unlimited services to Redbox Instant Video to Flixster–without a doubt the dullest part of their conference.

But then, it was finally time to put the full focus on the PlayStation 4. First up: Ready At Dawn finally showing what they’ve been working on, a supernatural, alternate-history, PS4-exclusive action-shooter called The Order: 1886. A fleshed out tech demo of Quantic Dream’s “Old Man” from the February PS4 reveal put the console’s graphical power on further display before a torrent of indie gems were highlighted–including many indie on-stage appearances, such as Skulls of the Shogun developer 17Bits–to illustrate Sony’s commitment to the indie gaming community and to underline indies’ ability to self-publish on their platform. After the indies came Japanese juggernaut Square Enix, opening with the announcement that–suprise!–Final Fantasy Versus XIII still exists! It’s now coming to both PS3 and PS4 (as well as Xbox One) but will be re-christened Final Fantasy XVÂ (not sure what this means for that Agni’s PhilosophyÂ tech demo). Square Enix also trotted out the long opined-for Kingdom Hearts 3 and reminded people that Final Fantasy XIV: A Realm Reborn is still a thingÂ before Sony brought out Blizzard to talk about Diablo III on consoles. A video of LeBron James jawing with a digital recreation of himself highlighted next-gen basketball in NBA 2K14, and Bethesda stopped by to announce The Elder Scrolls Online is coming to next-gen consoles.

Finally, Sony revealed another new IP (albeit later confirmed as another cross-platform title) from Avalanche Studios set in the Mad Max universe…and then came the big guns. Jack Tretton came onto the stage to announce in no uncertain terms that the PlayStation 4 will not place restrictions on used games and will not require online check-ins for authentication. In a move unabashedly targeting their chief competitor in a manner never before seen in the 13+ years I’ve been following E3, Sony unleashed several punches right into the gut of Microsoft’s maligned DRM restrictions. While conceding that PS4 online multiplayer will now fall behind the PS Plus paywall, Tretton was quick to emphasize that Plus on PS4 would continue to bring the value that exists on PS3, starting with a free copy of DriveClub at launch. And then, the proverbial knock-out punch: with Xbox One already beaten and bruised by the thunderous applause following the used games/online DRM denouncement, Andrew House came onstage to announce a launch price of $399–a full $100 below the Xbox One price revealed earlier in the day. At this point, the gauntlet had been thrown: Sony was going after Xbox, and going hard, exploiting every opening Microsoft left available to them. In what could be perceived as further salt in the wound, Sony closed by bringing out Microsoft’s former in-house studio, Bungie, to show the gameplay debut of Destiny running on PS4 and touting exclusive content. 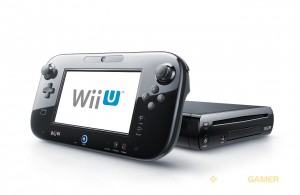 Eschewing a traditional press conference this year, Nintendo opted for a special E3 edition of their periodic Nintendo Direct broadcast to showcase their upcoming Wii U and 3DS lineups to consumers and press alike. This is a critical E3 for Nintendo; they’ve shown they can rebound from a shaky launch to fortify a platform with a strong software lineup in the 3DS, but questions remain whether they repeat that turnaround with the floundering Wii U in the looming shadow of the PS4 and Xbox One. The jury is still out on that, but like Microsoft, Nintendo showed up with a slew of solid, impressive titles, even if none were earth-shaking.

Among the announcements: 4-player capable Super Mario 3D World on the Wii U in the vein of 3DS’ smash hit 3D Land; Donkey Kong Country: Tropical Freeze from Retro Studios; new names for 3DS tentpoles Yoshi’s New Island and The Legend of Zelda: A Link Between Worlds;Â a new project codenamed ‘X’ from Monolith Soft that bore a striking resemblance to its it Xenoblade series; the obligatory system sellers–now in HD!–Mario Kart 8, Wii Fit U, and Wii Party U; Pokemon X/Y gets an October 12 release date on 3DS, joined that month by the visually stunning Wind Waker HD on Wii U; new footage of Bayonetta 2 (now with 2-player!), The Wonderful 101, and Pikmin 3; and finally, footage of both the 3DS and Wii U versions of the new, thusfar un-subtitledÂ Super Smash Bros., announced as coming in 2014 and featuring Mega Man, Animal Crossing characters, and the Wii Fit female trainer…yeah. That.

Overall, there are more reasons than ever to own a 3DS, and the Wii U, while bolstered, still lacks third party support and is still struggling to solidify a foundation before the real competition starts hogging shelf space this fall. Conspicuous absentees from Nintendo: an original Wii U Zelda game, any mention at all of Metroid (not counting Samus’ Smash cameo), and any sort of unannounced original IP (which were trotted out repeatedly at both Microsoft and Sony events). The end result was a “presence” (remember, not actually a press conference) that left a weird aftertaste, one which lingered of the sweet gameplay experiences Nintendo is so known for but still soured by the same problems that have been dogging its home console since it was first revealed. Nintendo was solid, but they needed to be great. It will be interesting to see where they sit come E3 2014.

So there you have it! We’ll be bringing you more coverage of E3 2013, including third party titles on display, right from Los Angeles as the week progresses. Viva la gamer!