We’ve got a funky Dynamite two-fer for you this week. A blast from the past and one helluva crossover. Let’s see how they stack up. 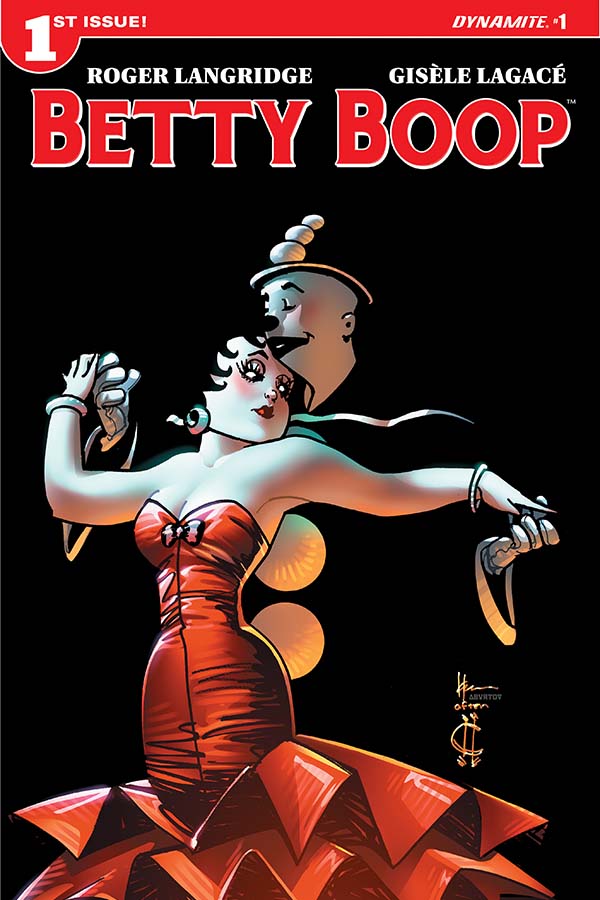 It seems Dynamite can and will do a comic about any licensed property (anyone remember the Grumpy Cat series?) but with great license comes great responsibility. Although her star may be fading (along with many classic cartoon characters unfortunately), Betty was a superstar in a heyday and deserves treatment as such. Luckily, Langridge has the pedigree for such characters: he wrote a Popeye ongoing for IDW and Dynamite’s Mandrake the Magician miniseries.

The first page has a title card in the style of a classic cartoon short getting the vibe down right away. The issue continues the conceit by using a pale color palette reminiscent of Betty’s black & white adventures. We’re even treated to a supporting cast comprised of other Fleischer Studio players like Koko the Clown and Bimbo. Our heroine works as a waitress but has to rush into action when a group of unsavory (and possibly non human) characters evict her poor grandfather. There are some solid PG laughs derived from the early talkie style humor that was quite charming. My lone (small) gripe is I wish the art was more dynamic and captured that energetic Fleischer feel. There are spirited scenes of a taxi racing through a neighborhood and a skeleton jazz singer performing but visually I was left wanting more.

Army of Darkness/Xena: Forever… and a Day #1 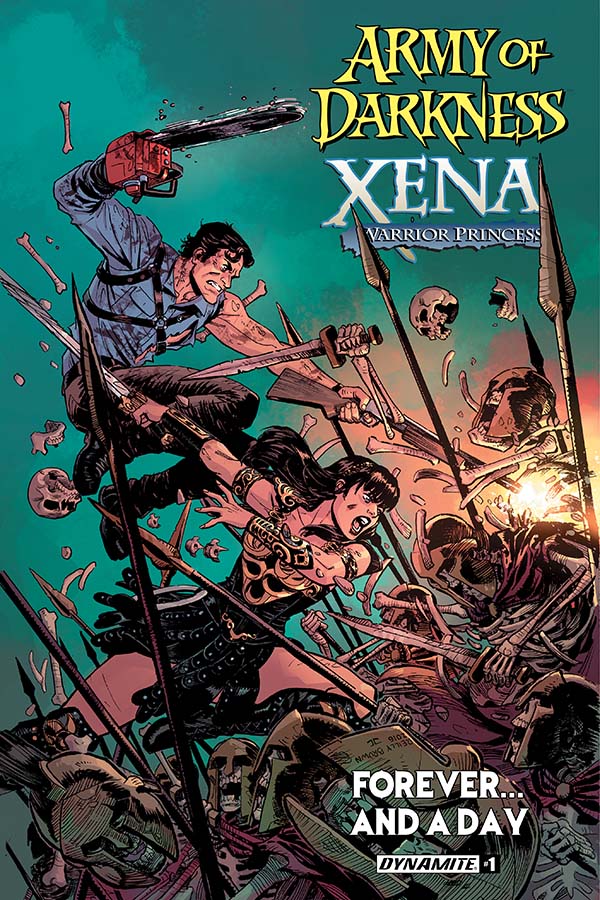 It was bound to happen.. again. Yes, this isn’t the first time Ash and the Warrior Princess have joined forces against the Deadites nor is it the second. Take a look at the “Army of Darkness” comic Wikipedia page sometime and have a blast marveling at all the crossovers (see what I did there?). Time travel is a trope that some would consider “jump the shark” incarnate but for Ash it’s just another day using his boom stick: same sh*t, different century.

With Xena’s army defeated, her life partner Gabrielle dying, and nowhere else to turn, she summons our chainsaw-hand-having hero. The two begin trading insults in no time leaving Gabrielle to play referee. There was a time when I would’ve stuck my nose up at the idea of a crossover like this but dammit if these “Army of Darkness” books are better than they have any right to be. Lobdell balances the personalities of his distinct cast and Fernandez’s layouts are superb, making full use of page and insets to guide the action. I would have given this #1 a 6 but unfortunately the issue stops a bit dead in its tracks. I’m really hoping they start cooking with gas next issue. Oh and in case you were wondering what Xena’s scream is spelled like, it’s “IYEE IYEE IYEE…”