Part one of the Friend From Foe crossover!

The creative team from the first arc is back and they easily give ups one of the strongest issues of the run, thus far. I like the tease at the beginning of the issue that Frank may have more family because it introduced a new vulnerability for Frank. That has always kind of been his thing, not having any living relatives alive that are in danger because of his costumed persona. It will be interesting to see how this affects Frank. One thing is for sure though; I do not like these new Howling Commandos. 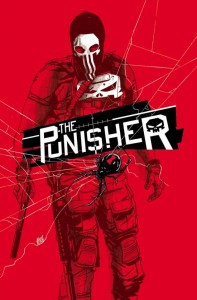 I loved the way the issue played out because there are so many variables and Frank has so little control over all of them. The pacing of the issue is fast, but that works because the majority of the issue takes place within 5 minutes. One thing the Punisher has done a good job of since his new volume began is avoiding other costumed heroes. I’m glad to finally get confirmation on the Avengers stance on the Punisher roaming around LA conducting his vigilantly punishment.

Not that Mitch Gerads art was bad to begin with but it really was excellent in this issue. I really enjoy his rough looking Frank and his pretty, deadly Natasha. Also, the fighting sequences are pretty rad and I like the sound effects. With the last page I am very excited to see where this series is going especially after seeing how things play out the way they do in this crossover. Things are still looking pretty grim for Frank Castle, what fate awaits him with so many things happening out of his control?

Rating: 6 (Out of 7) – I loved the story of this issue and it had great art. Overall it is an enjoyable little crossover if you’re a fan of either book.

For the review of part two of the crossover head on over to page 2!