With the surprise success of American Sniper, breaking all sorts of box-office records in January, movie companies are hard at work re-tooling some of their major releases for 2015 and 2016 to take advantage of this phenomenon . We were given an advanced look at some of the early examples and wanted to share them with you. 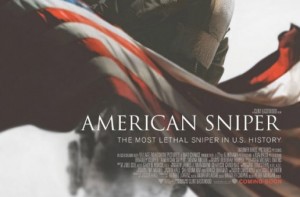 Some other names that have come across our desk: Now You See aMErica, LEGO USA, Assassin’s Creed: The American Revolution, Paul Blart: American Cop (Though we hear this one is being fought at several levels), Don’t Mess with Texas, American Spy, Americanions, The Man from U.S.A, and our favorite London Has Fallen Because of America!