We have heard from sources so deep in the Warner camp that it would take several pages to even do their relationship justice that DC is prepping for a most exciting project after Nolan concludes his Batman trilogy with The Dark Knight Rises.

After the success Grant Morrison has had with Batman in the last few years, DC and Warner Bros approached him to see if he had any ideas that were just too big for the comic pages. This is when Grant told that about his larger idea for Batman, Inc, which comic book readers will know is a storyline that was recently introduced in the Batman-verse. An idea that would attempt to tie together all the various universes of Batman that have sprung up in more than 70 years.

Batman, Inc The Movie, which would for the first time EVER, bring back all living Batman actors. Michael Keaton, Val Kilmer, George Clooney, Bale, Adam West and anyone else. The idea would be a threat so big that Batman (we’ve heard Adam West, but this could change) creates a device that brings a temporal rift into the universe. He travels through various parallel Earths to gather up Batman from different worlds. 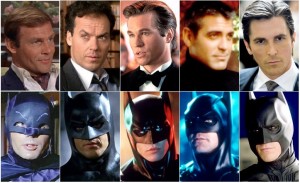 The project is being fast-tracked by Warner in hopes to have it ready to go for summer 2014. They feel this will fill the void until Justice League is ready to launch.

Stay tuned for more details on this exciting project!