About a month ago, we counted down the Top 7 Best Comic Movies of the 1990s, and while doing so we discovered that the 90s were both a renaissance for the comic book movie, but also kind of the death of them for a period of time.

With that in mind, we thought it would be best to offer a companion article on the 7 worst movies of the decade. Join us as we count em down!

7. The Phantom – Sure he kind of looks like a skinny Grimace, but The Phantom has all the potential of being a good film if adapted correctly, this wasn’t the case in this mid-90s flick. Which has it’s fans, but more naysayers than anything. 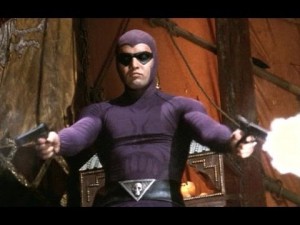 6. Vampirella –  The movie started off with so much potential, but somewhere around the 30 minute mark it just changes direction and becomes goofy and strange. I mean, I guess you can say they kept her in the proper costume for the entire movie… even if it started to make less sense as the movie went on. It also just looks really cheaply made. 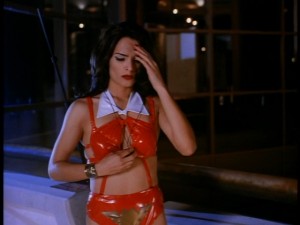 5. Nick Fury: Agent of S.H.I.E.L.D – Long before Samuel Jackson took on the role, there was… David Hasselhoff. To be fair, this was a made-for-TV movie with a budget to match, but it is also a fairly rough watch. Sadly, while Jackson has done justice to the character, this remains his only solo outing. 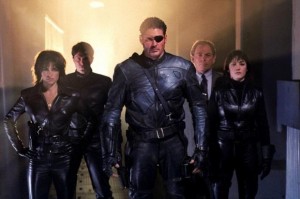 4. Barb Wire – Kids may not know this, but at some point we actually thought putting Pamela Anderson into movies and TV shows was a good idea. Combined that with the terrible idea of needing “starpower” in comic book movies during this era and you get… well you get something like this! 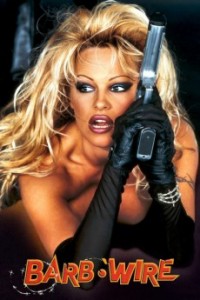 3. Fantastic Four – We debated this film’s inclusion on the list. Officially, it was never released. But in this day and age that means next to nothing. Any kid with a minute of free time is able to track it down. Ignoring the terrible quality of any version you will find, this movie just never really gets going. I mean it’s the most complete Fantastic Four movie (take that as you will), but it still proves to be an utter mess. 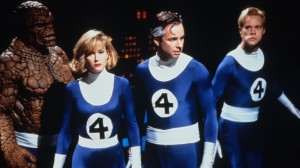 2. Steel – For some strange reason, Hollywood worked under the assumption that Shaq could act. And for some reason, folks saw potential in him being a superhero. Not quite an A-list superhero, but a hero all the same. The results were what you would expect when you combine a bad time for a business and a lead who had no business acting. The movie is… clunky and that’s putting it mildly. 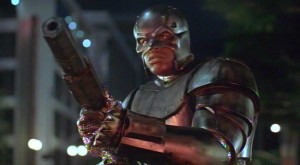 1. Captain America – Before he became the First Avenger, The Captain starred in one of the most forgotten comic book movies to date, and probably for good reason. The movie isn’t good. Like at all. Goofy from design to acting to action. If you want to see more, check out our review. 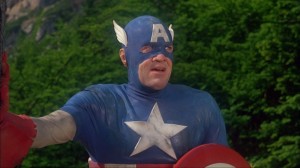