The Marvel and DC machines rumble on, and superheroes are everywhere, from comic books, TV and movies to video games, including Coral’s themed slots that include Judge Dredd and even real-life action heroes like Bruce Lee. Genuinely fresh and interesting takes on the genre can be hard to find, but ABC’s Agent Carter may just be exactly that. 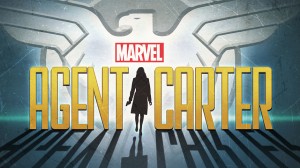 British/American actress Hayley Atwell reprises her role as 1940’s office worker/secret mission operative Peggy Carter from the Captain America movies of 2011 and 2014, as well as the Marvel One-Shot short film that was released between the two. The freshness of the show springs partly from the struggles Carter experiences in gaining acceptance in a male-dominated world. Her office tasks are a front for the missions she takes on for Howard Stark (who will one day become the father of Iron Man Tony), who’s been set up by persons unknown for arms dealing.

It’s important to note that the ABC series, which debuted on 6th January and will run for eight weeks, is not simply a cheap knock-off of the movies. It’s profoundly entertaining, and the fact that fans of the films will be familiar with a number of the characters from the first episode helps it to develop seamlessly from them. If you’re concerned that Agent Carter is simply a cash-in attempt by Marvel, don’t be; it’s brilliantly written by Captain America scripters Christopher Markus and Stephen McFeely, it looks amazing in a polished-but-retro way, and Atwell is superb, as are a number of co-stars including Enver Gjokaj as Daniel Sousa, fighting a different set of prejudices as a disabled war vet.

The story opens in 1946 in a world reeling from years of war. Peggy Carter is working for the Strategic Science Reserve in New York, and is in mourning for seemingly-dead boyfriend Steve Rogers. As the series develops, Carter is thrown into a world of insanely deadly weapons (which Stark, played by Dominic Cooper, is suspected of selling to enemies) which is counterbalanced perfectly with scenes that show her as an actual human being rather than a two-dimensional action hero.

The response to the series so far has been excellent; Rotten Tomatoes, for example, gives Agent Carter a 97% approval rating after four episodes. The show looks amazing, with a real period feel enhanced by both the costumes and set design as well as cinematographer Gabriel (Blade: Trinity, Dolores Claiborne) Beristain’s innovative use of modern and traditional techniques. Agent Carter runs until February 24th.