Welcome comic fans, young and old, to the newest and perhaps greatest feature to grace the pages of Nerds on the Rocks. Batman Vs. is a feature born out of numerous Twitter discussions about Batman’s abilities to defeat certain characters, namely all of them. This feature would serve as a way to pair Batman up against some of life’s greatest characters, real or fake.

The feature was gonna start with Batman vs Wolverine, but I didn’t want to start with something easy. And being that it is October and it is Halloween celebration here at Nerds on the Rocks, the first feature will have Batman taking on Dracula.

Yes, we realize that this fight was covered in the very good The Batman vs Dracula movie, which we recommend everyone check out. (And perhaps we will review later on this month.) However, this fight will be slightly different. How exactly? Let’s get to the Batman fight! 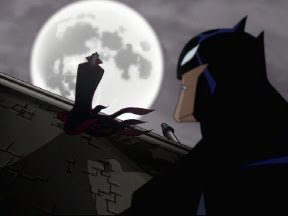 The fight will take place in Castle Dracula as Batman pursues the Scarecrow who is on the loose. After apprehending the Scarecrow while fighting off the effects of his latest brand of fear toxin. Dracula will emerge from the shadows. Wondering who dare disrupt his home.

The Batman still groggy from the fear toxin would see a giant bat in his eyes. Similar to the one that motivated him to first don the costume. He will temporarily freak out, “No it can’t be!” But being that he is The Batman this would only last for a brief millisecond.

The Dracula smelling blood in the water will move in close for the finishing blow, but of course he isn’t fighting any mere mortal.. no he is in there with the God Damn Batman, who dodges his blow like it was the Omega Beam (handily). Batman quickly clears his head and goes on the offense. Using several forms of the marital arts he mastered during his training.

But Dracula’s superhuman abilities make him a tough opponent to land a blow on as he readily dodges and evades the Batman’s blows as if he were a mere beginner. Of course, The Batman can adapt to any fighting style and soon begins to get in a few hits, but they barely stagger the giant known as Dracula.

Batman is able to land a blow that pushes Dracula back away from striking distance. He then brings out the toys as he drops several smoke pellets to distract Dracula, but of course his enhanced senses allows him to spot the Batman even in the smoke, and he quickly dodges his attack.

Batman tries again by sending several batarangs at Dracula but with great agility and poise Dracula is able to dodge them without much effort.

Growing a bit frustrated, Batman reaches for his back pouch and pulls out… A Bat Solar Emitter, which emits a beam that mimics sunlight (look it up!) and this Dracula can’t dodge. As he wrenches in pain, Batman rushes up and delivers an uppercut that picks he straight off his feet.

“Suck on that, Dracula!”