A few months ago, I asked my good friend Eric Dietel if it was possible to write up an article on why he loved Superman so much. In my life, he was the biggest Superman fan I had ever known. I sat on the article, as I tend to do, because I didn’t know when the right time to launch it would.Â
As they say, good things comes to those that wait. And waited I did, until this past weekend when the Man of Steel teaser was released to the world. The reaction to the teaser was overall pretty positive, but as all things with the Internet, people took it as anÂ opportunityÂ to remind everyone how much they hate Superman.Â
I will never begrudge someone their opinion, no matter how I feel about it, but I do dislike when most people’s answers simply turn to… he’s boring. That’s not really a criticism… at least not to me. There are ways to expand on it, like what makes him boring or why does he bore you, but most never go beyond the simple fact that he is boring.Â
Instead of sharing my thoughts though, I figured it was about time that Eric got his due so here is his piece in its entirety.Â

There was some elaborate opening line I was wrestling with. Something about how if you hold “Superman” up to the mirror you’ll see that he ends with “Us”. It makes absolutely no sense, but feel free to think about it so you can realize on your own what an idiot I am. Writing about why “Superman” is relevant will do that to your brain. It’s pretty damn tricky.

I refuse to be one of those people who drops the line “Superman is a difficult character to write” in any circumstance. I will concede however is that the big guy is tough to explain. I can rattle off hundreds of reasons why I love Superman, but another Superman fan would disagree with half. I could explain why the world needs and loves Superman, and an unofficial representative of the cynical crowd would simply laugh it away. So what can I accomplish?

Perhaps a change of perspective. What if we all stopped worrying about what Superman is and isn’t. What if we refused to listen to people saying “He’s not interesting because he’s just too powerful/too noble/to simple” — not because we can prove them wrong, but because the argument is moot. What if we all agreed that Superman is all things to all people, more so than almost any other concept in pop culture for better or for worse. 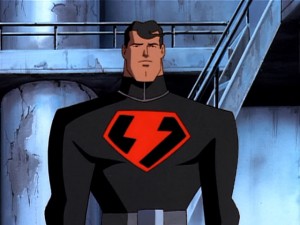 You want your Superman to be dark and brooding? Go for it, he’s an alien outcast, misunderstood and isolated. He is burdened with protecting a dangerous world, despite never asking for the responsibility. Despite his best efforts, it is always those closest to him that end up getting hurt.

You want your Superman to be epic, noble, herculean? It’s all right there — a god among men, a solar powered unstoppable force. A champion of Truth, Justice, and the American way. They call him the big blue boy scout, he never drinks and flies. He’s charming, wholesome, heroic.

You want satire in your Superman? The guy is a big joke. Nothing hurts him, and he must have had an exaggerated ego to parade around for decades with his underwear on the outside. All that stuff about being a boy scout? Cue the sarcasm. He’s a big blue goof, and the punchlines almost write themselves. 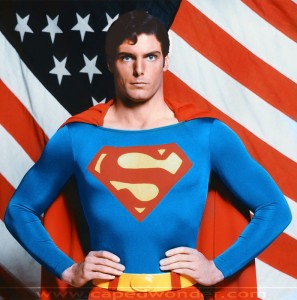 Superman is a recipe with every ingredient. Godhood, mortality, the duality of man, patriotism, anti-government Marxism, love, death, humor, sci-fi, fantasy, history, mullets, farce, leadership, pessimism, optimism etc. He’s a character that can simultaneously be the most angsty hero or a champion of a world without angst.

You could play the same trick with his supporting cast. Jimmy Olsen is every best friend/little brother/fanboy you’ve ever had. He can be gay, straight, a human turtle, a grown man sex symbol, an inquistive child; Lois Lane is a tough, intrepid, incredible, independent woman or a weak, fawning, damsel in distress (if that’s REALLY what you want), Perry White could be everyone’s boss, father, baseball coach. Mr. and Mrs. Kent every great parent you’ve ever met, whether they’re dead or alive. Jor-El and Lara made the ultimate sacrifice, but feel free to consider them contenders for the “bad parenting” club, because there are stories that have done just that.

You could try to argue that all this variety and wide-open interpretation is the source of the problem. This lack of consistency is what makes The Man of Steel so unknowable and chaotic. Why not stick with Batman? He’s consistent, right? Parents get shot, becomes a nocturnal vigilante? Well, no. Batman offers an absolute variety of interpretation as well. Maybe not to the outrageous extent of ol’ Supes but you only need to try pivoting from “The Dark Knight” to an episode of “Brave and the Bold” to see what I mean.

The problem — and I hate to call it a problem. Is that people don’t seem eager to embrace that element of Superman. People are always trying to find a one-size-fits-all structure to the character. Maybe that’s because the “dark” version of Batman went platinum, and there’s hope that there’s some core version of Superman that they can spin all other variants out of. I can’t say I’m sure that there is, but if it does exist, you’re not going to find it by looking for it. 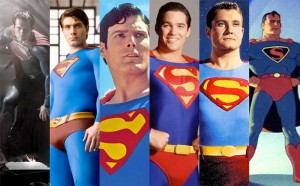 I was asked to guest write this opinion article because of a single criteria: that Superman is my favorite character. I can honestly say that it hasn’t been an asset when trying to put words down on the page. I promise I didn’t intend for any of this to read like a cop out — it’s a real working thesis and I believe it holds up.

Superman is can be anything you want him to be — except evil — nope, scratch that, you think Superman is an evil dick, have a blast with that. He’s a conduit for our hopes, dreams, desires — our doubts, fears, and flaws. That’s why I love him. That’s why it’s easy to hate him. Creators sometimes make the mistake of writing Superman the way they think they’re supposed to, and it fails. Write Superman the way you want to write Superman, the world will read Superman the way they want to read Superman. Sure, there’ll be haters — there’s a reason the phrase “That’s not MY Superman” is a Comic-Con staple — but it’s really a misunderstanding. He’s everybody’s Superman. We all get to love and hate him however we want him to be.