Latest rumors seems to suggest that DC/Warner is once again returning to the drawing board with their Justice League film. This article was originally conceived when gossip was that the film would feature Darkseid as the original threat. With that idea seemingly tabled for now, I thought it would be nice to pitch my grand concept for the Justice League film.

Â With all the speculation about the Justice League film, there’s a certain mixture ofÂ dread, excitement and intrigue in the air. I’m firmly in the camp that is thoroughly excited at the prospect of this project, but am frightened of what Warner may throw at the screen in hopes of a hit.

Word on the internet is that Darkseid is being pegged as the first major baddie for the League to take down. I’ve already written about my thoughts on that before. In short, I don’t believe Darkseid is a villain you do in an origin film. He is fairly complex, and something you should build up to. In the same article, I even wrote variousÂ contingencyÂ plans for Warner/DC if they wanted to build up Darkseid. 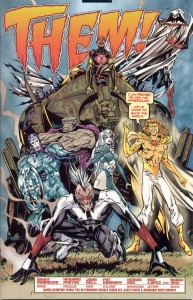 I return today because over the last few days, I really began to solidify this film around one main threat: the Hyperclan. The Hyperclan, for those who don’t know, are a special group of White Martians who disguised themselves as superheroes and attempted to win over the admiration of the world before enslaving them. While it would be fairly easy to simply use White Martians as the main threat, I want the movie to focus on the Hyperclan or a group like them for several reasons.

The first, and perhaps most interesting to the studio, is it saves on the budget. Instead of having CG aliens running amok throughout the film, they could have normal actors dressed up as superheroes. The costumes could even appear cheap since they are made-up heroes. Or they could go in a different direction, and make it even cheaper! I don’t think the idea of faux heroes would work in this new universe.. since if it is starting with Man of Steel (more on that in a bit), the world doesn’t know of any other superheroes.

Instead, I think it would be cool if the Hyperclan were based off of movie hero archetypes. You know the lone gunman, the cowboy, the rebel and all those fun action hero types. This in many ways helps the audience to already understand their personas and what they represent without spending TOO much time on building up their characters. Also by fitting them into classical movie hero archetypes, you have that built-in trust with the audience. While it may be too costly and probably not efficient enough, it would also be cool if they were able to get some staples of the action genre to appear as said foes in their human form.

While I have not yet seen the Man of Steel, nor do I know intricate details of the plot, based on the trailers, the film seems to revolve around mankind’s distrust of Superman/an alien. After the events of The Man of Steel, which I imagine is Superman saving the world, we could see the other side of the spectrum with mankind being too open and inviting to aliens as peaceful creatures. The Hyperclan can represent aliens who take advantage of this hospitality and naivety. It would continue a thematic element from the Man of Steel, building in some continuity between the films.

This would also help address the biggest elephant in the room for DC, the Avengers’ film(s). The original Avengers’ film included aliens, albeit fairly generic ones, and based on the hint at the end, the second one will feature aliens in a similar capacity, but by making the Hyperclan the threat it would help differentiate the two universes greatly. First, the Hyperclan would have a clear identity, instead of a hivemind-like mentality of the chitauri. Second, they would be more human-like in appearance, which again is something the chitauri weren’t. Finally, and this will be expanded on in a bit, they have very distinct powers. 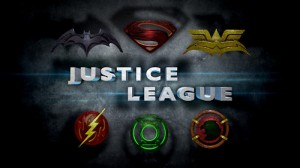 Continuing with the powers of the White Martians is their very distinct weakness. While it may be cheap to some movie-goers unfamiliar with the species, White Martians and Green Martians are weak to fire. It gives the characters an easy-out to ultimately defeating them, it also would quite a visual spectacle. There would also be some subtle hints sprinkled throughout the Justice League film building to the reveal of their weakness. It would also allow non-superpowered heroes such as Batman to do something throughout the course of the film.

Speaking of powers, since the Hyperclan would be a match for most of the Justice League, and aren’t easily damaged, it would create some extremely fun and interesting battles for the films climax. Chases around the globe, punch-outs in other space, battles under the sea, whatever Warner decides on they could morph the Martians to appear equal or at least on equal footing with similar power sets.

All of this is well and good. We’ve tackled keeping a budget somewhat in-line by relying less on special effects, but on actual actors. We’ve attempted to help DC find a way to differentiate their film from Marvel’s The Avengers, and we highlighted how their threat could create an interesting thematic connection between Justice League and Man of Steel. Now we’re gonna get to the actual meat and potatoes, what does it all mean for the movie-going experience!

First, the other members of the Justice League. Due to the nature of this threat, most of the heroes will already be established by the end of the film, but that doesn’t mean we need to know their story. There would be plenty of room in this film to set-up interesting threads for possible prequels and sequels with many of the leading characters. 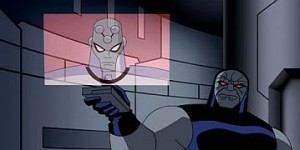 Second, as we continue the theme of aliens on Earth, this opens up a ton of interesting ideas to follow through on. After these events, is mankind more or less trusting of aliens in general? Now that Earth has played home to several different types of aliens, is it on others’ radars? Could the Lord of Apokolips, Darkseid, discover Earth due to these constant alien invasions? Are the not-so-good humans going to find a way to exploit this for their personal gain? Perhaps teaming up with certain evil world destroying robot in future movies? There’s a lot of interesting stories and characters that could come out of this first movie, and be used as a build-up to future films.

In the grand scheme of things, none of this matters. I doubt anyone from DC or Warner will actually read it, but I still stand by my beliefs that you don’t waste someone like Darkseid in what is essentially an origins film. You need to slowly build-up the level of threats that your heroes face so that we believe they are in trouble. If you start with Darkseid, a literal god in the DC Universe, where do you go from there?

The Hyperclan offers an interesting side to this dynamic, as it does introduce aliens and other worlds to your movie universe extremely quickly, but not such a high level that there aren’t other people/characters you can better them with in sequels. It’s also a decent way to keep the budget down if most of your characters can be played by human actors for portions of the film.