We’ve officially done this movie before, its actually where the concept of the rubber nipple comes from, but being that we are just 2 weeks away from the release of the Dark Knight Rises, and in-between Project Batman, we thought it would be nice to revisit the movie. Perhaps, nice isn’t the best word to use…

Either way, unlike the first time we did this movie, we’re actually going to do this under actual drinking rules and not just getting drunk until the movie becomes good (it doesn’t!). 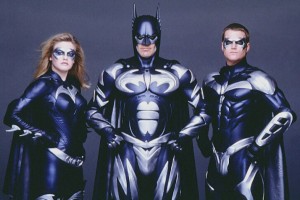 With that said, let’s get to the rule book!

So yes, we’re going to attempt to watch this movie.. without calling rubber nipple. We’ll get back to you over the weekend.. with a review.. though I doubt opinions have changed.

For this and other movies, check out our full list of drinking games!