The Wii U is set to hit stores in a little under a month from now. We thought with the next-generation of Nintendo console on its way that we would look back at the past 6 years of their last console. ItÂ wasn’tÂ always the smoothest of experiences, but the Wii did have its shining moments. We will take a look back at games that defined the console, defined its revolutionary controller-scheme and general best in class.

We’ve covered both the Top 7 Wii Shooters and the Top 7 Wii RPGsÂ while both games feature some amazing titles, it was kind of a stretch to get 7 really desiring games on the list. Today, we don’t have that problem. Naming the Top 7 Wii Platformers is a difficult task because beyond any other genre this generation (aside perhaps mini-gameÂ compilations, which I think is cheating) it was the Wii’s bread and butter. Quality in both the realm of 2D- and 3D- platformers. 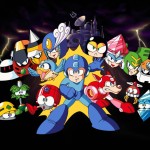 7)MegaMan 9– Picking the cream of the crop of Wii platformers is a difficult task, and picking which deserved the final spot was even tougher. Instead of going through a laborious process, we opened up the floor to our audience on Twitter, and out of all the remaining Wii platformers, MegaMan 9 stood above the rest. Coming at the start of the retro movement that this generation would see, MegaMan 9 is a instant-classic in both design and look. Capcom went back to the well and attempted to craft a truly memorable 8-bit title, and they succeed with the greatest of ease. It also retained that MegaMan difficulty that fans have come to love and hate at times. New bosses and amazing music. And a fairly cheap asking price makes for one hell of a game. 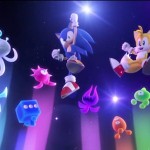 6)Sonic Colors– After spending nearly a decade in titles of questionable titles, Sonic was finally able to take control of his destiny once more in Sonic Colors. SEGA tried several interesting experiments with the hedgehog this generation including turning him into a were-hog and Aladdin. Ultimately, it was Sonic Colors’ return to the basics that really pushed the franchise forward. Sure, Sonic could morph into various forms with the aide of the Wisps, but at the end of the day this was a Sonic platformer that was able to get the balance between speed and ability just right. Throw in a colorful plot and some fantastic music and you have one of the best Sonic games in over a decade. 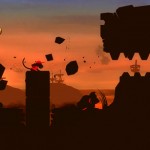 5)Donkey Kong Country Returns– Donkey Kong has had some fun times on the last two consoles. He became a musician and a bongo-controller star, but at e3 2010 when that familiar drum beat started up, gamers knew they were in for something special. Fast-forward just a few months later, and Donkey Kong Country Returns hit the store shelves. Developed by Retro, it played heavily on elements that was introduced to the franchise nearly 2 decades ago, but modernized it and created someÂ extremelyÂ memorable and beautifulÂ landscapes. It also introduced some clever ideas of its own including a co-op mode for the franchise. It is also tough as nails so if you enjoy a challenge, this is right up your alley! 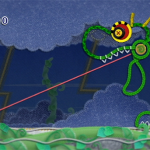 4)Kirby’s Epic Yarn– If our previous game is one of the toughest games in the genre, then this is perhaps one of the easiest. So easy in fact that it is literally impossible for you to die in this game. What really sets this game apart though is its style. It takes the concepts of its artistic merits and spins it throughout the game. Kirby is giving an entire new repertoireÂ of moves that are all based on the fact that he is now yarn. The world unfolds and unravels as if cloth coming apart. Above all else though, Kirby’s Epic Yarn did one thing that very few games do to me, it made me excited to see what would happen next in every aspect of the game. What new secret lied behind the goal post? For my money, it is one of the best and most relaxing games of the generation. 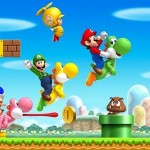 3)New Super Mario Bros Wii– Mario helped usher in the 3D-era of video games in the mid 90s, for the next 13 years, his home on consoles would be in the 3D realm. After the success of new Super Mario Bros on the DS though, Nintendo decided to try their hands at a 2D version on consoles. This wouldn’t simply be a love-letter to what had come over 20 years earlier, but a true evolution for the franchise. It introduced 4-player co-op to the universe, and it created a brand new dynamic for the Mario franchise. While games often broke down to friends trying to screw each other over, there were always laughs to be had. Aside from the introduction of multiplayer, it also has some of the best levels in the entire genre and a stunning final boss. The game comes highly recommended, but surprisingly enough wasn’t Mario’s shining achievement on the system. 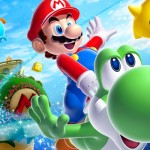 2)Super Mario Galaxy 2– The final two picks are extremely tough to call. Could literally be a coin-toss between them, but in the end it came down to whether I value innovation over a super refined product, and I’m going to side with innovation. I will fully admit that Super Mario Galaxy 2 is an overall better package than the original, but it does lack the air of newness that surrounded its predecessors. If I could go back and time and play this game first, it would be a completely different landscape. With that said, Super Mario Galaxy 2 is a fantastic game. Takes everything from the original and makes it better while putting its own stamp on the franchise. We get the return of Yoshi, and his various powers. Mario dons new suits in the Cloud and Boulder variety, and Luigi shows up much earlier in the game. It is perhaps the finest platformer on the Wii, if only it came first… 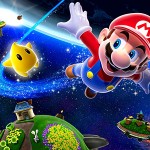 1)Super Mario Galaxy– It is not every day we bare witness to a genre and industry defining game, but somehow Mario makes it look easy. Whether it was with the original Super Mario Bros game or with Super Mario 64, he knows what it takes to push the industry forward. His debut on the Wii was no different. Sure, the game borrowed elements from Super Mario 64 and Super Mario Sunshine, but it spun it into something wholly unique and interesting. With one real simple inclusion… gravity. This opened up the world or the planet.. or the GALAXY to a whole new dimension of play. Mario wasn’t just confined to a flat plane, but up, down, left, right, in between and everything else you could think of. And the folks at Nintendo ran with this ball to create some of the most amazing and versatile levels to ever be seen in a game. On type of that, the game looked amazing (and not just for the Wii) and the first time Nintendo went with an orchestra for a major release and it really showed. Good Egg Galaxy has one of the most memorable themes of the generation. For what it’s worth, Super Mario Galaxy (and the sequel) are the best platformers of this generation and worth every penny you pay for it.