To kick it off, we wanted to take a look at the devices that help get the Power Rangers into action, the Morphers. From the original series’ coin holder, the morphers have evolved and changed to fit the latest set of Rangers. Some have been memorable and very personalized, while others just feel like a missed opportunity. With that said, let’s check out the Top 7 Power Rangers Morphers!

7) Power Rangers: Ninja Storm– This makes the list mostly for being so different. As you comb through the morphers, you see a lot of them take the form of a cell phone or a wrist watch in some fashion. While this one fits the wrist watch motif, it gets bonus points for fitting into the theme of the show with having a wind/wind-up based morphing component. 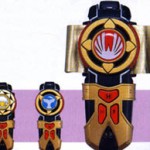 6) Power Rangers: Dino Thunder– Another morpher that fits into the wrist watch category…somewhat. I’m not really sure how the Rangers would hide these in their every day life! These are on the list because they are shaped after the dinosaur in which the Power Rangers gains the power of. It also closes its mouth for the morphing sequence, nothing special but a nice touch. 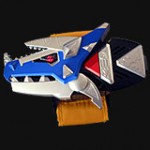 5) Power Rangers Turbo– This is one of the first two part morphers. It is included on the list because it works with the theme of the Power Rangers series as the Rangers need to turn a key on the second part to activate the Morphing sequence. Any morpher that can look different and be thematic gets our attention. 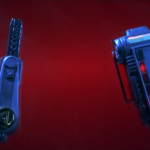 4) Power Rangers: Operation Overdrive– Much like Power Rangers Turbo, this morpher makes good use of the car motif with the series. Instead of a key to unlock your power though, the morphers “rev” up to initiate the morphing sequence. Another fun little touch. This is also the first morpher on the list modeled after a cell phone. 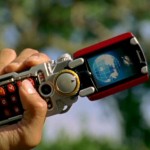 3) Power Rangers: Lost Galaxy– This one is a bit cheating since I don’t think it’s part of the entire morphing sequence, but at least for the initial one, the Galaxy Rangers used the Galaxy Sabers to morph.. and having a sword as a morpher is bad-ass! 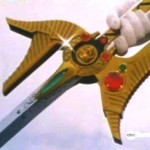 2) Power Rangers SPD– This one works with the theme of the series since it is about a police force, it is only fitting that their badges serve as their morphers, but it does more than that as it also judges the villains of the series as either innocent or guilty. An all-purpose morpher! 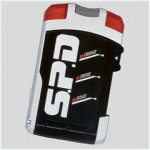 1) Mighty Morphing Power Rangers– Did anyone else see this coming in at number one? Not just because it is the original, but in the grand scheme of thing, it still remains the most unique morpher any Ranger team has used. While it makes very little sense thematically, we didn’t know any better back than. What is also interesting is while it is a singular device, it isn’t the morpher that gives the Rangers their powers, but the Power Coin inside of the morpher. Anyhow for being the first, for being different and for being portable, it is the number one morpher! 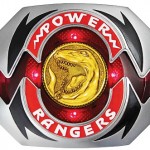