Top 7 Movies Based on Fighting Games

With the release of Mortal Kombat (2021), we thought it would be a fun time to look back at the history of the fighting-game genre on the big- and little-screen.

Since the release of Street Fighter: The Movie in 1994, there has only been 7 other live-action movies based on fighting-games so this will be a pretty compact list, but it is still fun to see how franchises and characters have translated to the big screen. Let’s get to the ranking!

7. The King of Fighters – If you’re a fan of the Dutch angles, do I have a movie for you! Aside from an over abundance of the angles, the movie is fairly forgettable. A series of exposition dumps surrounded by some lackluster fight sequences to get your blood going.

6. Street Fighter: The Legend of Chun-Li – There’s something magical about the original Street Fighter movie, it has a mixture of camp and cheese that comes together to form something entertaining even if it may not be a good movie. The Legend of Chun-Li offers none of that. Instead, we’re left with a movie that attempts to be serious with the material and comes off far worse for it, the only saving grace is whatever the heck Chris Klein’s performance is trying to be.

5. Mortal Kombat: Annihilation – Whereas The Legend of Chun-Li tried to “course correct” by making the material more serious, Mortal Kombat Annihilation tried to correct itself by making more…more. More characters, more special effects, more special attacks. Sadly, it does not make for a better movie. But the cheese and fights are enough to land it in the middle of the list. 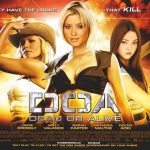 4. DoA: Dead or Alive – Sometimes you need to fully embrace how silly the source material is and lean into it. DoA: Dead Or Alive (Yes that’s the title) does just that for the better. It’s a bright and colorful movie, the characters sports their costumes, there’s some fun dialog, homages to the game that visually worked for me. The plot gets really dumb near the end, but even then they’ll still leaning into all the nonsense!

3. Tekken – Tekken combines elements of the game, including fairly accurate costumes, but dresses up the plot into something larger and grander to make it work as a movie. For the most part, the movie delivers. It has a character you end up rooting for, some really cool action sequences and enough to make fans of the video game happy.

2. Street Fighter – Street Fighter, oh Street Fighter, what is there left to say about the movie. It’s a weird adaption of the video games turning it into a group of Global Fighters versus an evil Dictator in M. Bison, some of the characters seem a bit off and there’s a lot crammed into the film. With all of that said, it is just one of those magical films where everything comes together to make an exceptionally fun and entertaining film that we will always recommend. 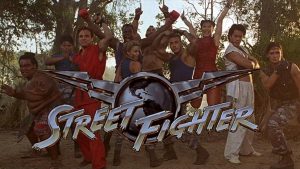 1. Mortal Kombat – Mortal Kombat still remains one of the few video game movies most can accept as a “good” movie. It is able to take elements of the game and crafts it into an element of Hollywood film making that allows for great action, time for each of the major characters to shine and one of the most memorable theme song of the 90s. Over 25 years later, it remains a movie to watch! 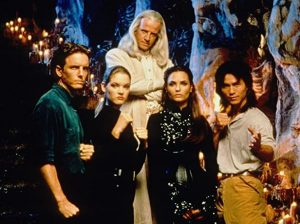 Agree or disagree with the list? Have strong feelings on Tekken 2? Let us know!