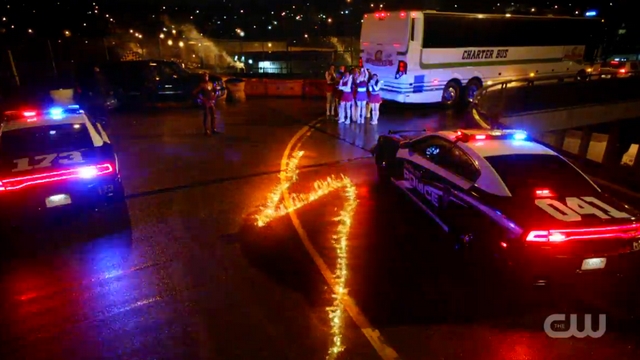 Split second spoiler warning friends. So our episode begins with the Electric Gang up to no good. So the scarlet speedster(Grant Gustin) and Kid Flash(Keiynan Lonsdale) work together to stop the high tech criminals. Seeing this dynamic duo at work feels good, really good. Wally also gets to introduce himself to some young ladies — Ah the life of a young superhero.

Our episode quickly establishes the new set up for Team Flash with Julian(Tom Felton) on board. Everyone is so positive and he’s a jerk. Every team needs a jerk and he does serves as a healthy counter to all the sunshine. Iris then shares she has a journalistic interest with the Electric Gang.

Cisco and Barry then discuss the looming future and preventing Iris’s(Candice Patton) death. Thanks to Julian’s friendly advice the math isn’t in Barry’s favor. Essentially he has to cover a lot of ground in 0.1 of a second. How is he going to do that you ask? Well we’ll have to see. 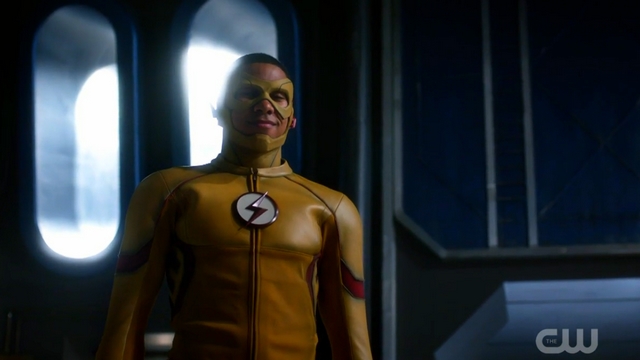 Our episode then shifts away from Barry and gets to it’s main point. Caitlin(Danielle Panabaker), Cisco(Carlos Valdez), and HR(Tom Cavanagh) are gathering details on a new metahuman. Turns out their search is unnecessary as she knocks on the front door. Our dangerous new friend is recognized by HR as Gypsy (Jessica Camacho). Gypsy is a police officer of sorts that collects criminals from the Earth she and HR reside. She then vibes her way into the lab. A short altercation takes place as Mr. Ramon defends HR. With well executed comedic fashion he also asks out the femme fatale. She takes great interest in him because they share the same powers. Small world…err universe.

She shows Cisco he has work to do with his powers as she knocks him down and completely stops KF. So why is HR a wanted man? Well dimensional travel is a crime on Earth- 19. So how did Gypsy find him on Earth -1? Remember all those scenes we saw of HR narrating his story? Well, he was broadcasting that across the multiverse this whole time. Not a good idea to say the least and also it says a lot about his pride as an author. Oh, did I mention that his crime is punishable by death? 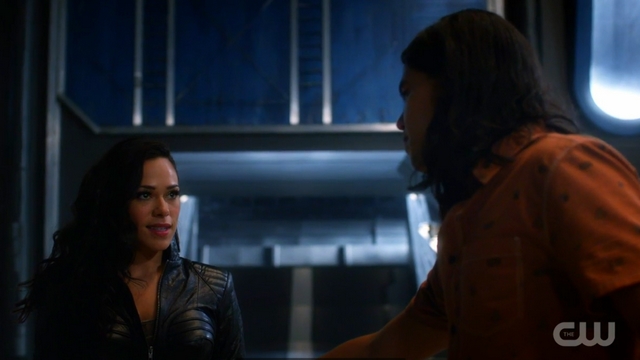 In the mean time, Iris approaches Wally for help with her story. Of course is considered about her safety but she makes her point that this is for her career. Crimes must be reported and exposed for the people because that’s what a good journalist does.

Afterwards, the question of why Wells came to Earth -1 is finally revealed. In an intimate conversation with Cisco joined by Barry, he came to make a difference. Wells saw himself as a fraud and wanted to do more and be better. That’s a noble cause. So noble that Cisco refuses to let him die. He challenges Gypsy to a trial by combat for HR’s life. This challenge is also to the death.

So Team Flash has 24 hours to help Francisco get ready because he is far from it. Cisco gets to share with HR why he put his neck out there. Time and again he found himself finding help from a Wells. It’s only the right thing to return the favor to someone in need. Mr Ramon has an altruistic spirit but we all know that since season 1. 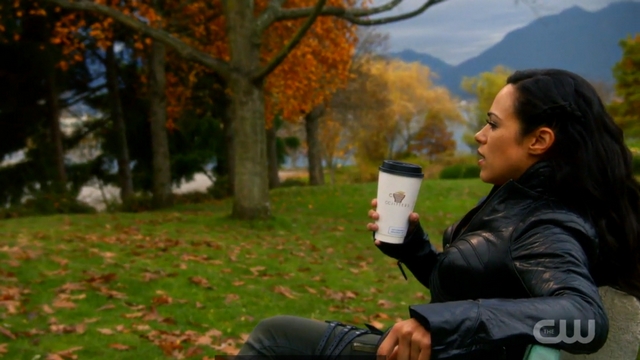 Iris manages to convince Wally to steal details of the Electric Gang from CCPD. Again, she reasserts that she must do this for the sake of the greater good. So this means some sibling tomfoolery involving Joe (Jessie L Martin). Ms. West manages to district dad with the best comedic scare possible.

As Cisco trains the question of him defeating Gypsy points further to never. Barry and HR take it upon themselves to fight Gypsy. Their concern for Cisco is understandable. However attack a lady enjoying coffee is a bad idea. They only make matter worse where HR is in her custody and the fight has to happen.

So after the shining success of that stunt, team morale is at a low. So Barry and Cisco discuss the dynamics of having these heavy odds stacked against a hero. Mr. Allen reveals that having the team behind him allows him to face these dangers. Mr. Albert quickly kills the mood but he has a strategy to help with the pending showdown. 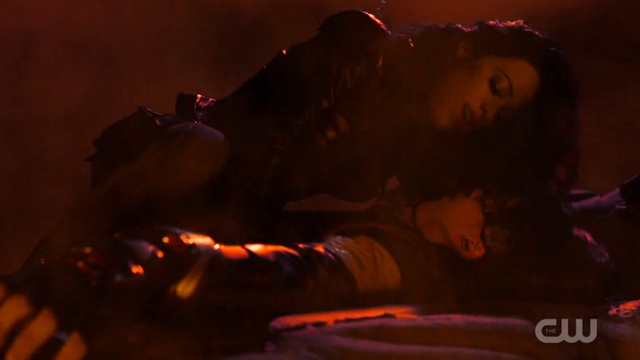 Elsewhere, Iris and Wally find the location of the weapons arms dealer. Iris tricks her baby brother to do recon as she infiltrates the hideout. Yes, the is all kinds of red flags going off. As she gets evidence, someone discovers her. What happens next is a mix of bravery and sheer crazy. A thug has a gun pointed at our journalist andshe approaches without a hint of fear. KF knocks out the dumbfounded and thug and express his extreme case of worry for his sister. Things only get worse as Joe goes “dad cop” on them later.

Why would Iris be so bold to risk her life? Well the prophecy of her death has inspired her to do more. She fears that if she dies she would have not left a mark in the world. This is something we all deal with everyday. Whom doesn’t want to leave a legacy of some kind behind?

That evening Gypsy and Vibe have their one on one duel. What happens next is…interesting. So yes he can die at any point and he is getting outclassed by his inter-dimensional rival. Their fight takes them across multiple Earths. In the midst of all this madness they’re flirting and um having fun? It’s great for the audience because there’s enjoyment in all of this…despite the stakes. Against the odds however Cisco wins and spares her life in the process. 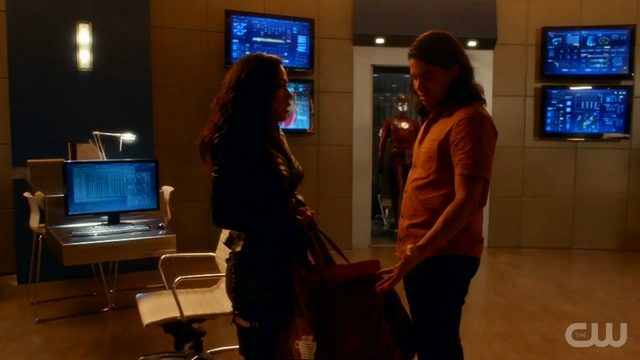 So yet again we see Cisco bid farewell to another love interest. Turns out HR can’t leave Earth-1 as Gypsy will lie about his case. I’m fairly certain that’s for both the deal and for her feelings for Cisco. Iris releases her big story to Barry and sells up KF. The Flash realizes Wallace is the key to saving Iris. In a short period of time the growth of his powers has become apparent. In fact, within the episode we see the young West past mach 2 in the Speed Lab. So our episode ends with Barry approaching Wally that he may his sister’s hero in the future.

To be honest, this episode didn’t really advance the plot save for the last 5 minutes or so. Yes you could label this a filler. However this episode was fun and engaging all while the leading man is in the background. Barry Allen you can rest on the bench a good episode doesn’t always need you.