Talk of the Town: Marvel’s Agents of SHIELD Season 4

Where We Are: At the end of season 3, it seems like a lot of SHIELD’s lingering plot threads were wrapped up neatly with a bow tie. Former friend-turned-Hydra agent-turned host for evil entity, Grant Ward was finally destroyed as he was shuttled off into space. Along with him came the death of Skye’s somewhat boyfriend, and inhuman, Lincoln. 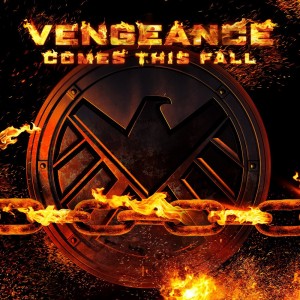 With that death, and a time jump, we see that Skye has parted ways with Coulson and SHIELD and now works as a solo inhuman collector/protector of sorts. We’ll find out more this season!

As for Coulson and his team, at the end of the season it seems like they are all on the same page. Though dealing ever so slightly with the fallout of Captain America: Civil War as the teams took on the impact of the Sokovia Accords. There’s also the lingering Inhumans in the world.

Oh yeah, Bobbi and Hunter are now on their own. Curious to see if the show brings them back into the fold now that their spin-off isn’t going forward.

What to Expect? The biggest twist coming to season 4 is that SHIELD is no longer operating in the shadows and has a new director. Played by Jason O’Mara (Batman comes to Marvel!) . What does this new director bring to the organization? What is it like to have Coulson back as a field agent and does it change the dynamic of the team?

One of the changes coming this season has nothing to do with the characters or plot, but instead the time in which the show is airing. Being pushed back an hour until 10pm, the show’s creative team teases that this will allow them to tell slightly darker and more mature stories. Let’s see what they have brewing with this added edge.

As noted above, the finale saw a 6 month jump and as part of that we saw Skye on the run. Will we see what happened in those 6 months to cause the shift? And even with the shift, what does it mean for Skye and does that she is helping.

The other big tease at the end of the season was the introduction of LMD (life model decoys) which can cause all types of mayhem in the world. Old characters returning? Current characters with different personalities? Perhaps some additional powers? There’s a lot of fun to had in the upcoming season.

The most exciting development to look forward to in season 4 though is the introduction of Ghost Rider (okay A Ghost Rider) into the show. Finally, an A-List Marvel characters comes in. This Ghost Rider isn’t the one folks typically think of, instead it’s the recently introduced Robbie Reyes, who trades in a motorcycle for a car, but still a fun addition to the show. Curious to see his role on the show!

Like I said at the beginning, the end of season 3 left a lot of characters in good places so I’m curious to see what the time has done to characters and their dynamic.Where are Fitz-Simmons in their relationship? How is May dealing with the death of her loved one? So much to find out! Join us when Agents of SHIELD returns in just about a month.