Should Singleplayer and Multiplayer Be Reviewed Separately?

With the recent release of Battlefield 3, many critics have noted the large disparities in quality and enjoyment between the game’s campaign and multiplayer modes. The general consensus seems to be that BF3’s singleplayer experience strays away from the formula that makes Battlefield such an enjoyable shooter in favor of something more in the vein of the Modern Warfare series. Some have even gone so far as to say that the campaign mode in Battlefield 3 is notably bad, while the multiplayer stands head and shoulders above the competition. This begs the question – should singleplayer and multiplayer components of video games be reviewed separately? Or should they be graded as a single entity with a score that considers the overall package?

This hotly debated topic isn’t exactly new, but with some of the biggest current-generation titles offering deep and addictive multiplayer experiences with narrative components as a mere bonus, it’s worth bringing up again. Most people aren’t going to buy a game such as Modern Warfare 3 or Battlefield 3 solely for the singleplayer experience, and likely couldn’t care less about the dramatic, globetrotting plots of either franchise. As it stands, do review scores alienate this growing demographic, or do they provide a well-rounded analysis of everything the game has to offer?

There are a few caveats to the prospect of reviewing the singleplayer and multiplayer components of a title independently. Most notably, games with a lack of multiplayer may be perceived as less valuable, while those who focus solely on versus modes might be docked a few points for omitting a story mode to accompany the online antics.Â  Secondly, evaluating multiplayer experiences can be a slippery slope, especially when playing titles pre-launch with favorable, predetermined conditions established by the developer to ensure a smooth session for reviewers. A prime example of this conundrum is Gears of War 2, which suffered from an unbelievable amount of matchmaking and netcode issues for months after the game launched. Most reviews, however, failed to mention any of the myriad of problems the game suffered early on, and many gamers (myself included) were left wondering why Epic’s hotlyÂ  anticipated sequel scored so high when it clearly wasn’t ready for retail.

A singleplayer experience is mostly static in its presentation, and can easily be evaluated accurately prior to launch day, but in the case of multiplayer, it’s not so simple. Although it’s understandable that sites want to release reviews for heavy hitters as soon as the embargo lifts, it might be a pleasant change should a shift in the way that these titles are reviewed emerge. Perhaps dividing the initial review into two parts (one with the full, completed review of the singleplayer, and a first impressions segment for multiplayer to be completed later) would be the optimal way to deliver the most honest and fair analysis of big budget titles.

Another tricky aspect of separating campaign and versus modes is that multiplayer games tend to evolve and expand over time, and it’s difficult to grade a game based on its potential. Some titles have had extraordinary growing pains, only to emerge on the other end as addictive experiences with little to no overbearing issues. Giving so much attention to a multiplayer component only to have the score nullified further down the line somewhat defeats the purpose of dedicating additional time and effort to seeing how developers deliver the online experience in the weeks after launch.

Similarly, when discussing potential, should games be docked points for failing to include additional modes that would fit within the game’s established framework? What if Left 4 Dead was given an eight out of 10 instead of a 9 because it lacked a Team Deathmatch or Capture the Flag mode? Conversely, what if Borderlands was an online-only title that could only be played in co-op? How each of these hypothetical situations would be addressed depends on the reviewer, but they present an interesting challenge when attempting to assign a score to a game based on the way the developers intended for it to be played.

In the case of Battlefield 3, the game is clearly designed with multiplayer as its primary focus, and the game apparently reflects that mentality. While the singleplayer experience isn’t phenomenal, I’ve found it to be fairly enjoyable, but when comparing it against the chaotic and cinematic multiplayer experience, it appears to be much worse than it really is. When reviewing the game as a whole, this stark contrast presents an imbalanced dynamic between what is essentially two completely different games. The mechanics and visuals may be the same, but what the player experiences in each respective mode is so vastly different, it almost seems unfair to evaluate the campaign based on the merits of the multiplayer. It could be argued that some singleplayer experiences are merely extended, story-driven tutorials for the endless hours you’ll likely spend in the multiplayer modes, butÂ  is such a concept giving the singleplayer an equal chance to shine on its own? 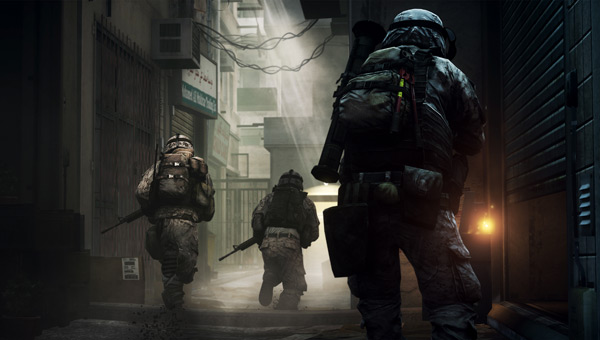 What do you guys think? Are multiplayer-centric titles not given the treatment they deserve? Or is it perfectly fair to review such games with the whole package in mind? Leave your thoughts in the comments!