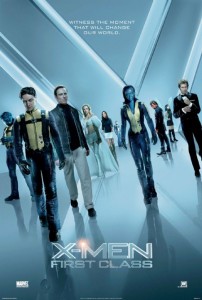 I think of myself as a causal X-men reader. I’m a Marvel boy, so I like the team and some of the individual characters, but the X-menÂ universe is so large that it’s near enough its own universe. As a ‘causal’ X-men reader, I love Bryan Singer’s first two movies. X-MEN was quite dark, in both look and tone, and it showed us that comic books can work as movies without being campy (Hollywood producers owe that, and BLADE, for most of it’s income over the past 10 years, but we’ll get into that whole thing some other time). X-MEN 2 was a great continuation of what was set up in the first movie, and it also moved the story forward, like a good sequel should do. But then FOX became fully aware of what it had — a franchise. This lead to them churning out X-MEN: THE LAST STAND and X-MEN ORIGINS: WOLVERINE, both of which are inarguably rubbish movies. These movies being bad can be blamed on a lot of things: Bryan Singer’s departure from the franchise, Wolverines solo movie being more of another team movie, or just plan bad writing and filmmaking. Thankfully, X-men fans and movie fans in general can move on from them, as FOX have given us another good X-men movie: X-MEN FIRST CLASS. 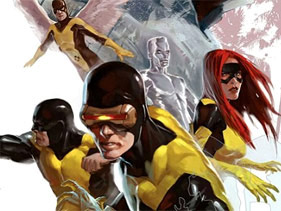 Now, the reason I mentioned at the beginning of my review that I’m a ‘casual’ reader of X-men is because there’s quite a lot of changes from the comics to the movies, continuity and character wise. Devote fans of the comics will no doubt hate this, and in some cases, I wouldn’t blame them, personally, if the movie is good in general, I let the little things slide. But what I was more worried about was the film straying from the continuity set up in the previous four movies. Basically, there were rumours online hinting that it might be a straight reboot. It isn’t. Cheer in relief! Bryan Singer being on board for the story development, and later on, as producer, has meant that this movie respects his movie. It’s great as well, because I didn’t feel like this held X-MEN: FIRST CLASS back at all. Maybe it’s because it’s the first movie in a proposed trilogy (here’s hoping) but this movie moved along at it’s own, steady pace, without feeling like it had to be at a certain point by the time the credits came. They also recreate the opening scene from X-MEN. Pretty much shot for shot. It doesn’t look as grim as I remember the scene in X-MEN being, but I think a reshooting of the scene was needed since we find out what happens next. Sadly though, the story is very similar to what we’ve seen in pervious X-men movies. It’s basically “The humans hate us so we’ll destroy them” again. I know this is a common and recurring plot in the comics, but that doesn’t mean we have to keep seeing it in the movies. Luckily though, the 60’s setting of the movie helps give it that different flare it needs to help separate it from other X-men movies. 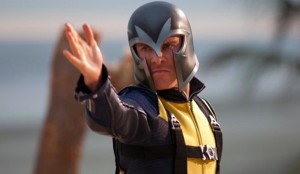 Running alongside this is the friendship of Erik Lensherr (Magneto) and Charles Xavier (Professor X). Seeing this friendship start and evolve is the backbone of the movie, and for me, it’s what I was most excited about seeing. Like I said earlier, Magnetos story picks up from were the opening scene of X-MEN ends off. Throughout the film, we see his hatred for mankind develop. Thanks to Michal Fassbender’s brilliant performance, this is a lot of fun to see. He is perfect for the role. Also, for pretty much the first half of the movie he’s ‘Erik Lensherr: Nazi Hunter’ and it’s fantastic! If that alone doesn’t appeal to you, then I don’t know what will. James Mcavoy also does a great job at making me forget about how good Patrick Stewart was as Professor X, and instead, makes me think about how good he is as the character. I could have happily watched a movie of him and Fassbender on screen together, with no powers. But, this is an X-men movie, so maybe another time.

As for the rest of the cast, no one really stood out to me that much. That’s both good and bad. I didn’t buy Kevin Bacon as the bad guy. I’m also curious to know if that’s him speaking German at the beginning. He never seemed as threatening as Magneto did in the previous films. I’m not sure if that’s down to the acting, writing or even directing. Maybe it’s a mix of all three? January Jones does a

great job at looking the part of Emma Frost, but again, she’s not given a great deal to do, other than be eye candy. That’s a problem for most of the female characters in this movie. In the first two X-men movies, Jean Grey and Storm were quite strong characters and had quite prominent roles, shame that’s not the case for the female characters here. And I personally think Rosamund Pike would have been a much better Emma Frost, but let’s not get into that. However, X-MEN: FIRST CLASS does try to do more with its fairly large cast of characters than either X-MEN: THE LAST STAND or X-MEN ORIGINS: WOLVERINE, so for that, I’ll praise it. There’s a fun montage once we get to the mansion of Professor X helping the rest of the students learn more about their powers.

If you’re wondering why I haven’t talked about Matthew Vaughn yet, it’s because I was pretty much saving the best till last. Rather than hire a ‘work-for-hire’ director, (like they did for X-MEN: THE LAST STAND and X-MEN ORIGINS: WOLVERINE. Are we keeping up kids? They were bad movies!), this time round Fox decided to hire and creative and talented director, and let him have control (some what) over their franchise. It’s not Christopher Nolan and Batman, but it’s the next best thing. Fox have obviously put less pressure on him, and let him roam more freely, thus giving them a good movie. It’s easy to see he was heavily influenced by James Bond movies when making this picture, which helps this be a different kind of X-men film then what we’ve seen before. He also makes the film a good mix of big spectacle action sequences, and character driven scenes, were he let’s the actors do what they’re hired for. It’s very similar to what Singer did in his movies, and it’s what a team movie needs. Magneto and Xavier are the lead characters, so they’re given the most screen time, but other characters are given their own arcs. The main of which is the films romantic sub plot between Beast and Mystique. You know I how I mentioned earlier, about the movies being different from the comics? This is one of those things. But it works. A film like this needs to have romance in it somewhere so that girls have something to enjoy. The romance between the characters also leads them to being a different points at the end of the movie, compared to where they were at the start. Character development, gotta love it. 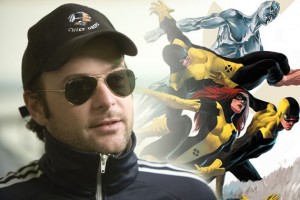 As for that cameo you may have heard about, I thought I would hate it, but honestly, I even quite enjoyed that.

Overall, X-MEN: FIRST CLASS is an enjoyable, cool, entertaining film. It manages to be faithful to Singers X-men movies, while not being held back by them. For me though, it’s all about Michael Fassbender and James McAvoy. They sink into their rolls so well. Bring on the sequels, especially if Matthew Vaughn is at the helm!

Recommendation: See it. In cinemas, on a big screen, like it’s meant to be see. Also, credit to FOX for not bothering with 3D at all. X-MEN:FIRST CLASS is one of the few Summer Blockbusters that’s completely ignored 3D. For this alone, I hope it makes more money than all the films that have Â bothered with 3D, just so studios might finally give up with the gimmick.