We knew that Justice League: Gods and Monsters would be a standalone Justice League film. We knew it would come from the creative mind of Bruce Timm, but we didn’t know how radical a departure this would be from your typical Justice League characters and stories. Below are a few quick screengrabs of the Trinity from this upcoming feature. 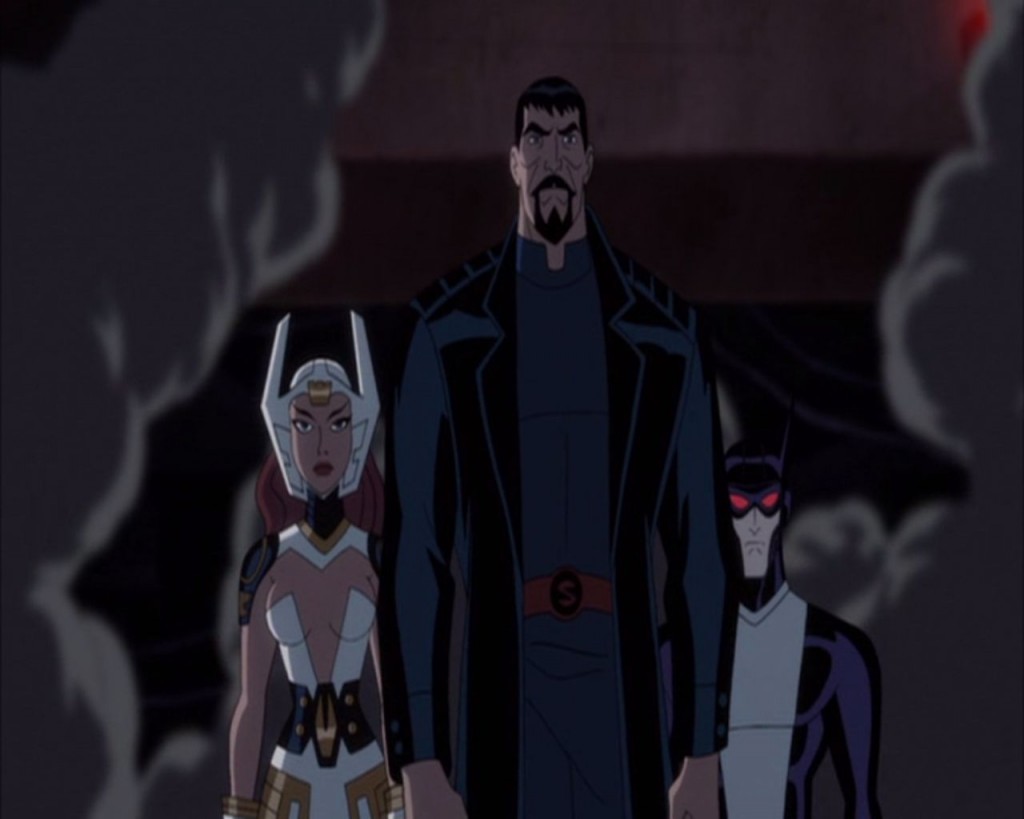 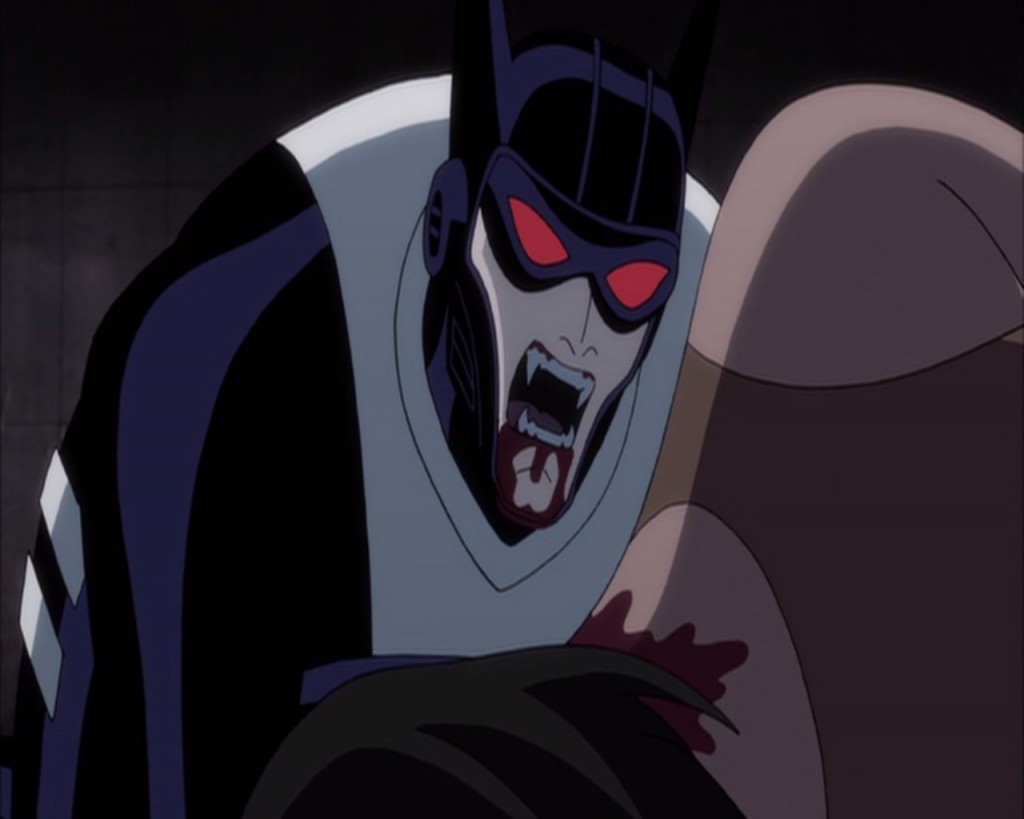 Batman from Gods and Monsters 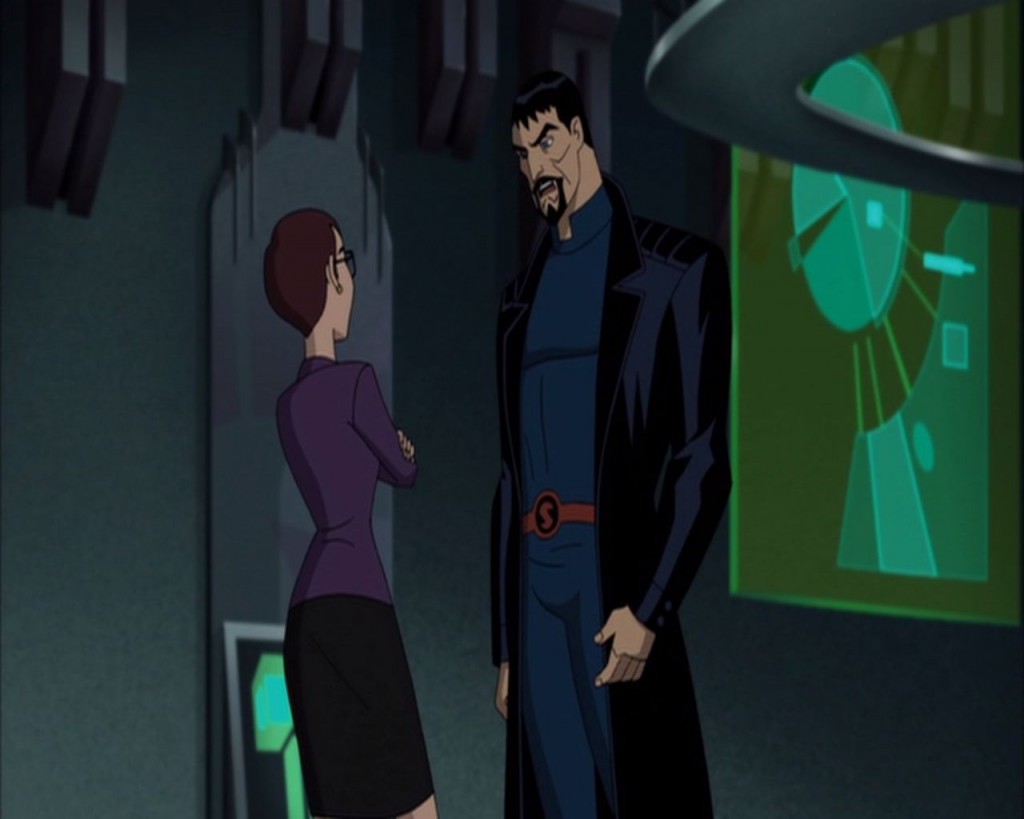 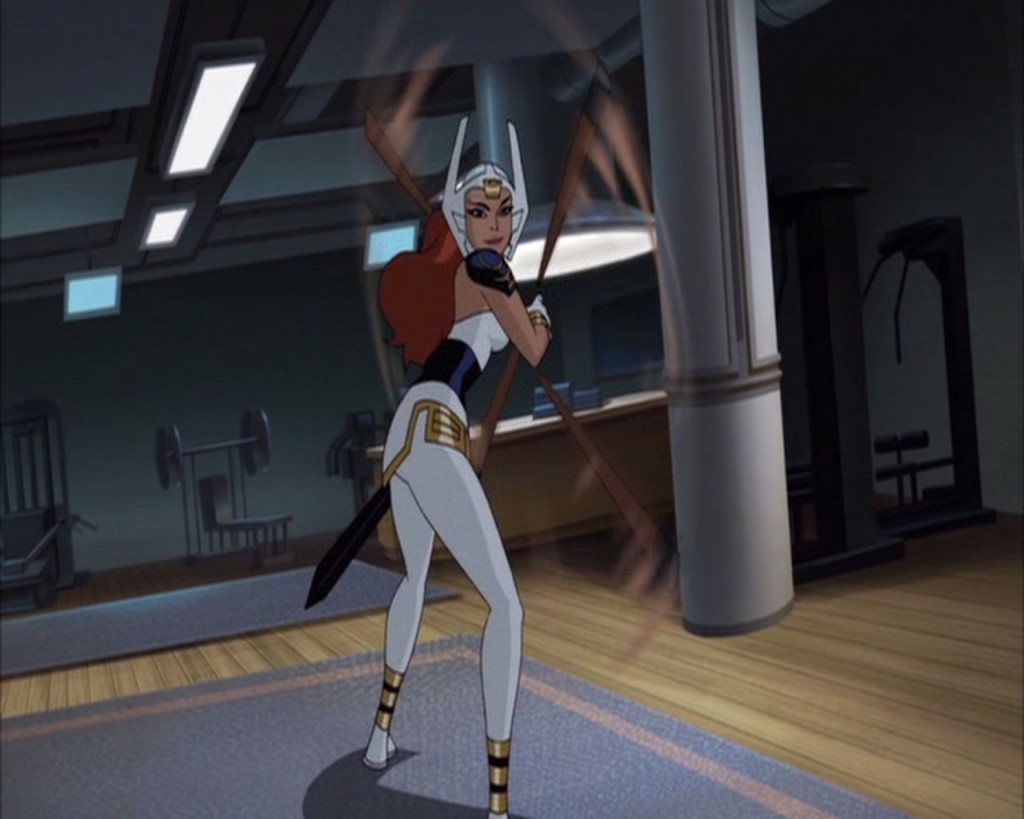 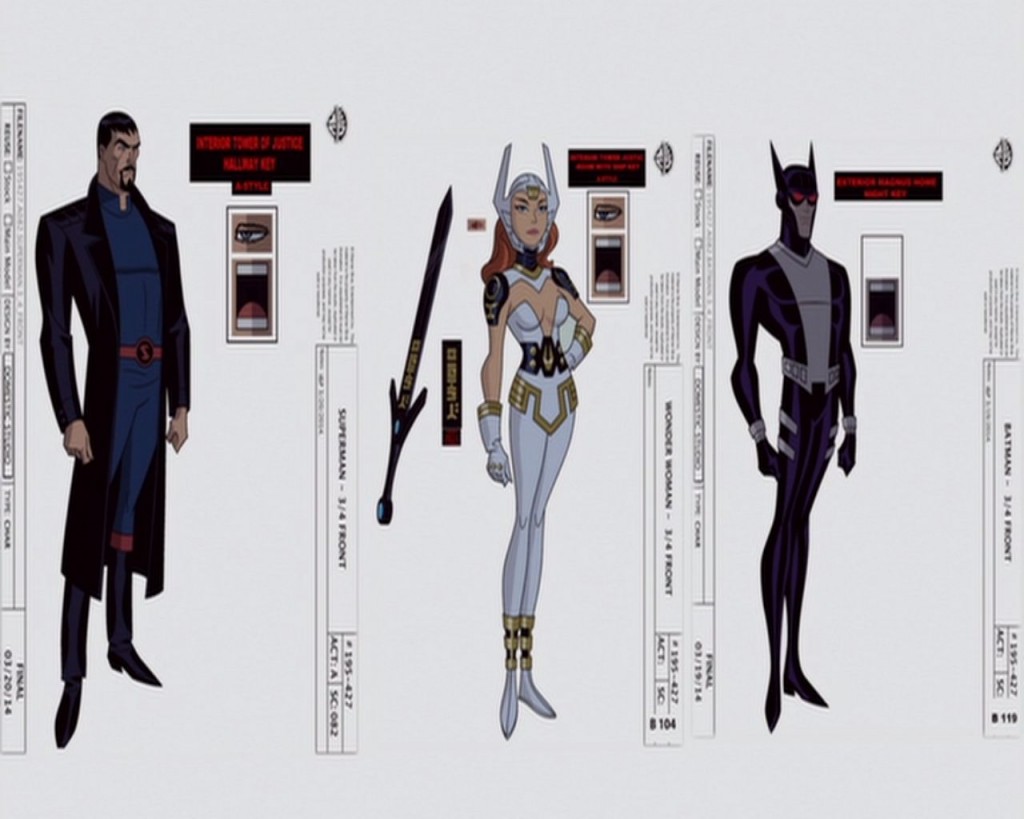 What do you think of these designs? The movie is set to drop later this year!

Update 1: Finished the feature. Grabbed screens of Lex Luthor and Darkseid and some quick plot points. 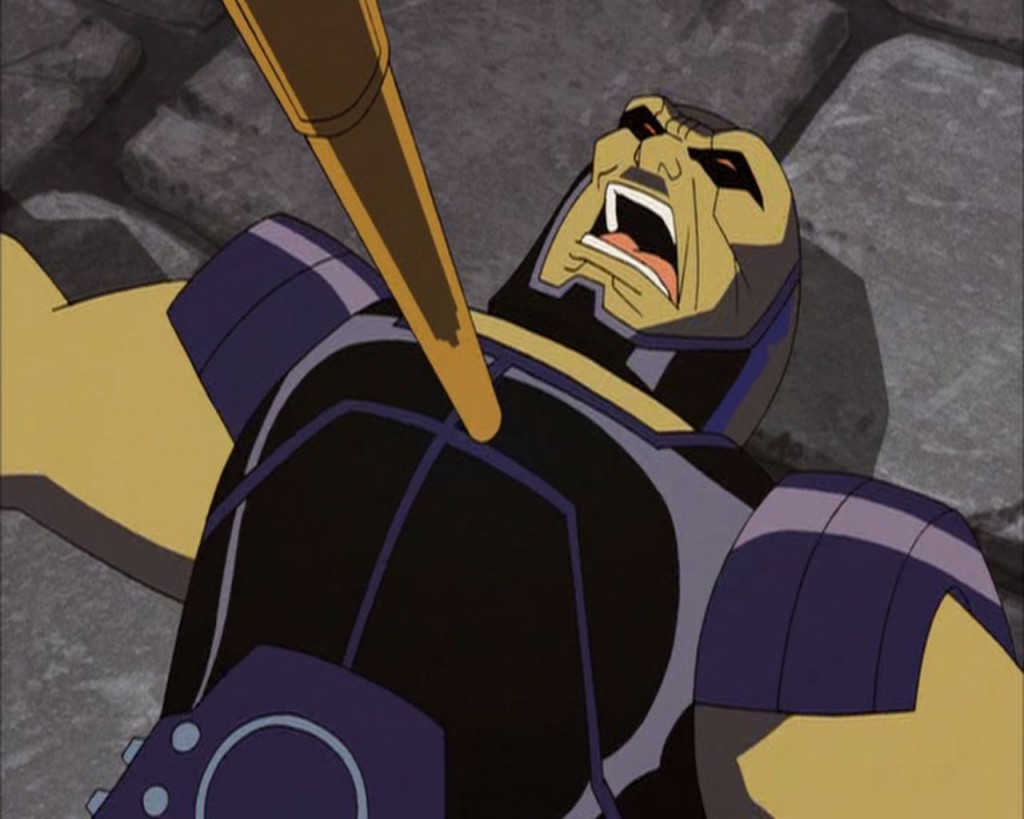 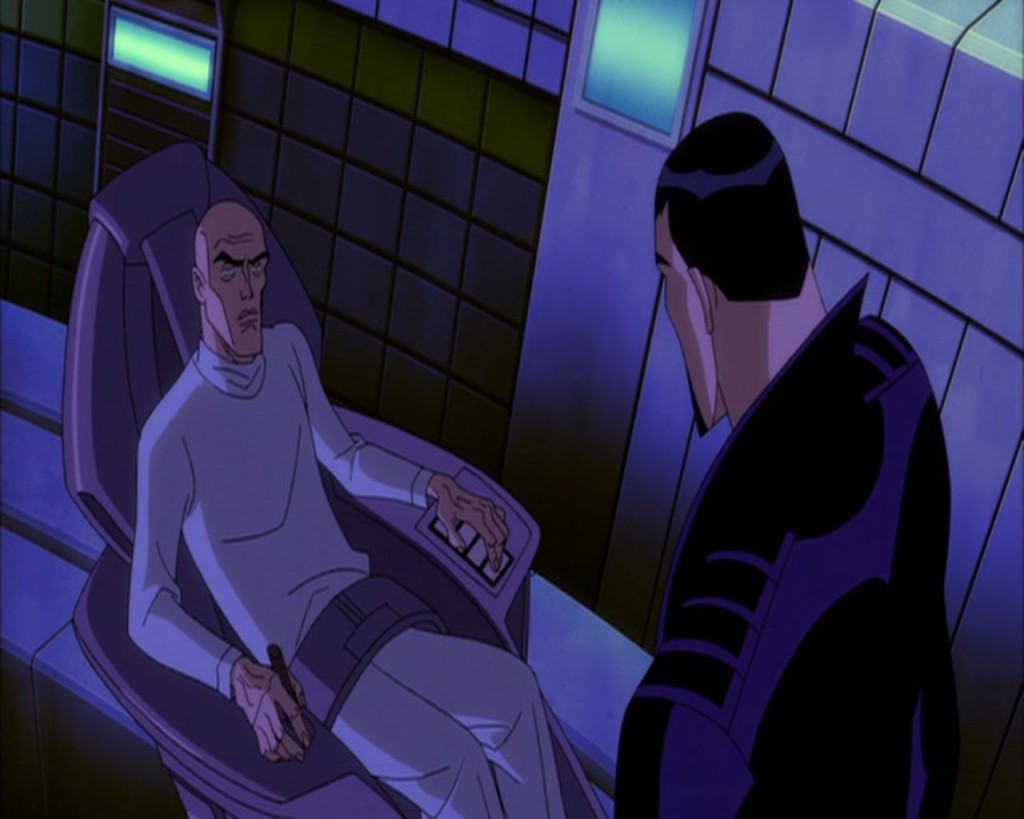 Superman of this world is the son of General Zod. He is a bit more violent. Well a lot more violent, and has seen the ugliness of mankind being raised by migrate farmers.

Batman is not Bruce Wayne. Instead, it is Kirk Langstrom, who has cancer. And in trying to find a cure injects himself with Bat-venom becoming a pseudo-vampire. He feeds on criminals to cure his bloodlust.

Wonder Woman seems to be of the “New Gods” She marries Orion but something goes wrong there and she comes to Earth.

Darkseid is in it, but don’t really expand on his role.

Lex Luthor is seen as the “Stephen Hawkings” of the world. He doesn’t seek power, but knowledge, but they warn that with Luthor always more than meets the eye.

The movie centers around the murder of prominent DC Universe scientists like Ray Palmer, Victor Fries, Silas Stone and others that the Justice League is being framed for. They attempt to investigate these murders while dealing with mounting pressures from outside sources. Didn’t get too deep into it.

Update 2: Combed the video to find a better shot of Darkseid. Here he is at Wonder Woman’s wedding. 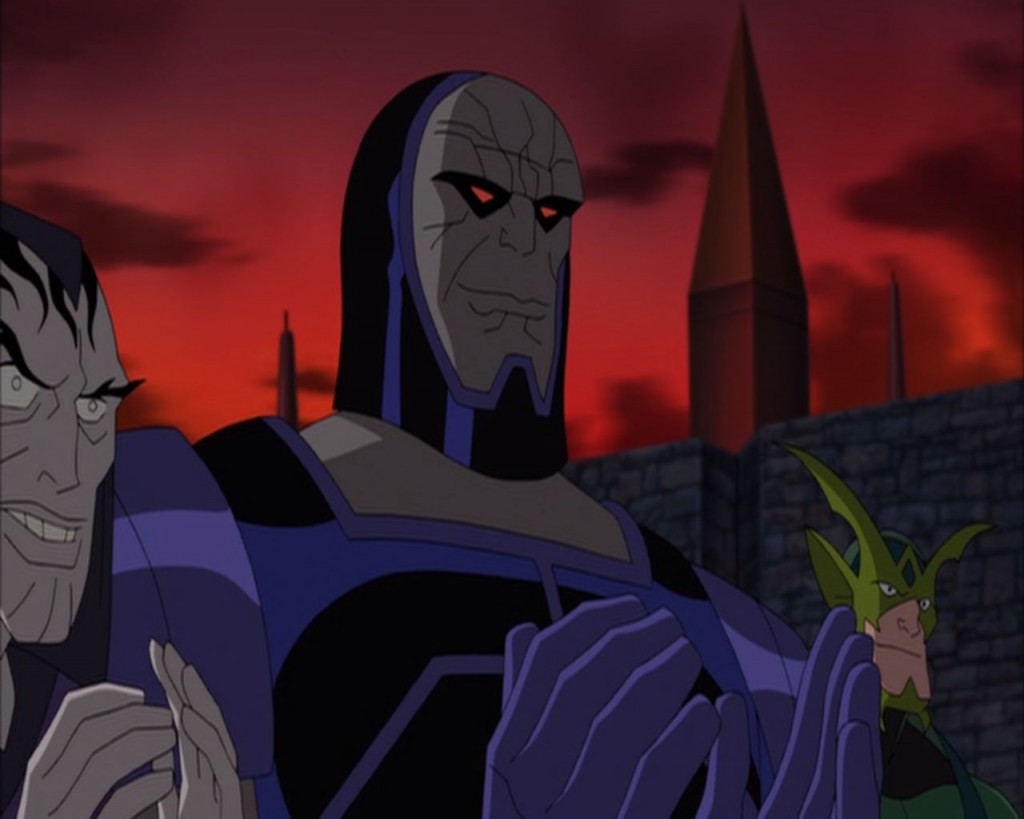 Darkseid and his loyal followers