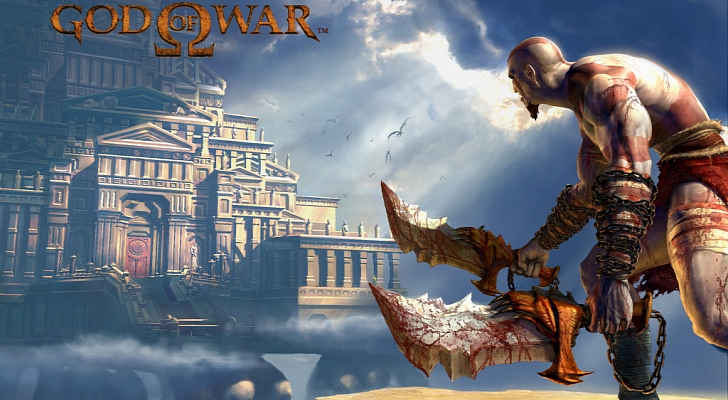 With God of War: Ascension just around the corner, I thought it might be a good time to turn back the clock and finally get around to playing the game that started it all. I fired up my HD Collection copy of God of WarÂ and booted into what was an original IP nine years ago. By the time I finished, I was left with that special afterglow that follows only system-defining classics. 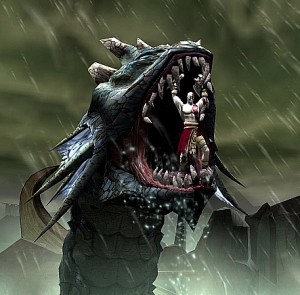 Obviously, one of the first things I noticed was that the graphics were no God of War III. It was a little disorienting going from the fidelity of one of the most visually impressive games of this generation down to a mid-generation PS2 game. It also doesn’t help that the dreary opening at sea doesn’t do much to flex the PS2, either. But once you get past the aged visuals you find a very, very well-designed game. (It should go without saying that this is going to get a little spoilery, so if for some odd reason you still care…go play the game already).

Like its sequels, God of War is a mix of combo-based action, hack-and-slash action, puzzle-solving, and traversal. What caught me by surprise was just how much of an emphasis this game had on puzzles compared to its more recent brethren. While the combat is fun, the puzzles balance out the pacing in an engaging way, and several times throughout my playthrough I felt I was playing a game more akin to The Legend of Zelda than Devil May Cry. The first game even has large dungeon-like areas that consist of multi-room puzzles and new powers and weapons to acquire.

The game starts on a stormy ship and eventually progresses–after an iconic fight with a three-headed hydra–to the city of Athens,where Ares is wreaking havoc. After a few hamfisted attempts at building a narrative, Ares becomes the main antagonist and Kratos makes his way through the city acquiring new abilities. Eventually Athena guides him to the Desert of Lost Souls where he must locate the wandering titan Cronos, upon whose back is strapped the Tower of Pandora, which contains the only relic capable of killing a god: Pandora’s Box. 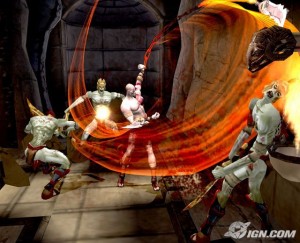 The Temple of Pandora ends up being one gigantic puzzle that slowly unlocks more layers as Kratos makes his way through three god-themed challenges full of more isolated puzzles. Design is detailed and heavily choreographed without ever feeling over-complicated. Combat is interspersed and new enemies are continually introduced, and a handful of times combat and puzzles are combined. It was at this point, throughout Pandora’s Tower, where the game really clicked on all cylinders. Even in the narrative department, the game finally tried to tell an actual story about Kratos’ past, even if the execution and stringing along of these tidbits were completely abitrary (as in, after hours of hinting at Kratos’ past with nothing to stand on, Kratos walks into a random hallway a suddenly has a expositional flashback).

After eventually conquering the many trials of Pandora’s Tower and retrieving the legendary box, Kratos begins his return to Athens. Curiously, his plan is incredibly poorly thought out as he slowly drags the massive Pandora’s Box to the towers entrance while in a supposed time crunch. In a minutely humorous twist, the divine Ares senses Kratos’ accomplishment and proceeds to throw a perfectly placed spear all the way from Athens right through Kratos’ belly, sending him down to Hades. 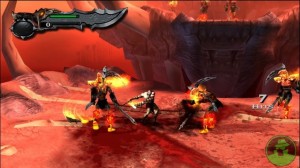 Refusing to be defeated at such a whim–and presumably pissed he couldn’t react to a spear from untold miles away after enduring such a burden to retrieve Pandora’s Box, Kratos begins the laborious climb out of Hades. There is little notable about this segment of Kratos’ adventure, other than that is ironically reminiscent of Dante’s Inferno, the Visceral-developed game that infamously tried to rip off the God of War formula. Some of the obstacles in Hades also exercised the limits of my patience, and they were more often cheaply frustrating than genuinely challenging. Kratos eventually emerges back in Athens thanks to the help of a mysterious old man, who one would only know is Zeus if already familiar with the god of thunder’s mythical penchant for this guise (the old man’s true identity is never actually revealed). 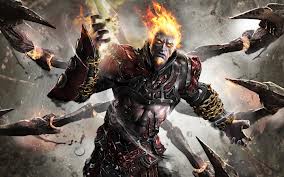 The game finally comes to a climax as Kratos retrieves Pandora’s Box from Ares’ reckless clutches. The Box essentially super-sizes him so that he can go blow for blow with the gargantuan god of war in the shallow ocean set against the backdrop of windswept cliffs. After being disarmed, Kratos seizes a conveniently-placed sword that had been used as a bridge earlier in the game–a clever bit of forshadowing. The mechanics of the final battle differ slightly from the rest of the game, which is always a peeve, but Ares is finally vanquished. Calling back to an emotional opening scene, Kratos finds himself still haunted by nightmares of killing his wife and child under Ares’ service and tries to cast himself off the cliffs. Athena saves him, saying the Olympians have other plans, and Kratos assumes the mantle of god of war from Ares, thus completing his simultaneously heroic and tragic struggle in the most ultimate way imaginable.

While God of War ends up being expectedly thin its narrative, it embodies the same addictive action formula that also fuels its successors. The rhythm-based, almost dancing-like combos Kratos gradually unlocks are familiar to any one who’s played any God of WarÂ game, and are a fairly unique spin on standard action combat. Other unlockable offensive maneuvers, such as god-themed magical abilities and the anime-like Sword of Artemis, are also upgradeable and add further depth to the combat. 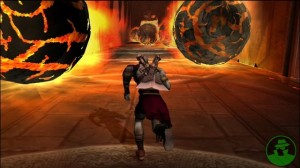 But an engaging combat system and acrobatic QTEs were to be expected–what proved most delightful about the series’ first entry are its intricate puzzles. I made an earlier allusion to The Legend of Zelda, and that comparison most definitely applies. It’s a bit of a shame that the series appears to have refocused away from this area in later installments.

God of War has long been heralded as a classic of the PlayStation 2 era. Having finally played through it, I can truly appreciate the ambition of David Jaffe and his team at Sony’s Santa Monica Studio. Looking at the game through the context of its one-time status as a new IP, I have to admire the way in which Sony invested so heavily into what was truly a massive, ambitious, and unique action game. If you haven’t had a chance to play it yet, I implore you to do so as the design more than holds up–especially if you happen to be a Plus subscriber in Europe, where the game is now part of the Instant Game Collection.