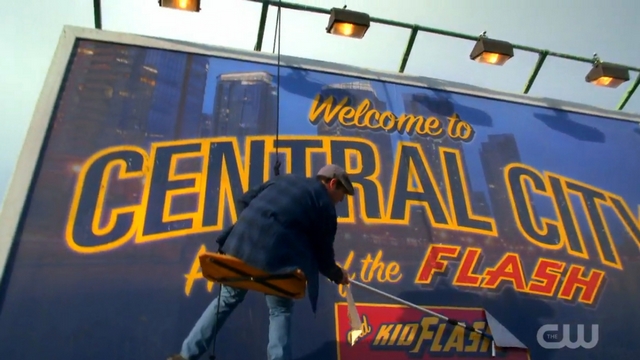 Ok fast spoiler warning! Our episode opens with Jesse Quick (Violett Beane), The Flash (Grant Gustin), and Kid Flash (Keyinan Lonsdale) racing through the city. The trio is knee deep into a training session for the future. Barry and Jessie stage the inevitable showdown with Savitar. Surprise, surprise Wallace is fast enough to save Iris (Candice Patton). Its an awesome achievement as this has been Barry’s goal for a considerable time. Yay, warm fuzzies around oh and Wally sees Savitar?

Julian (Tom Felton) returns to the lab as Team Flash is present for a big announcement to be had. Iris and Barry let’s them know they’re engaged! Everyone is happy except for Joe (Jessie L Martin) which is weird. So, Joe gives them congrats awkwardly and talks to Barry alone. So the issue is that Mr. Allen did this without asking for his blessing. Huh the Flash rushing things there’s a surprise! Joe shares that Barry avoided a tradition which is a big deal. So we begin to wonder why he’s going so fast?

A local fire summons the Scarlet Speedster and KF to the streets, things get weird. Suddenly the young West finds himself getting attacked. Before he can process what’s happening Savitar beats him around like a pinata. Barry isis lost and confused at this scene. Back at Star Labs, we learn Wallace has been haunted by Savitar for nearly a week or so. Of course he chose not to share this because everyone loves secrets! The question is how is this happening? The stone was sent into the speed force. Before we can address that, Barry loses his composure and banishes his protege from active duty. In that time the team needs answers from the man himself. Julian understandably hesitates to be a medium for Savitar again. 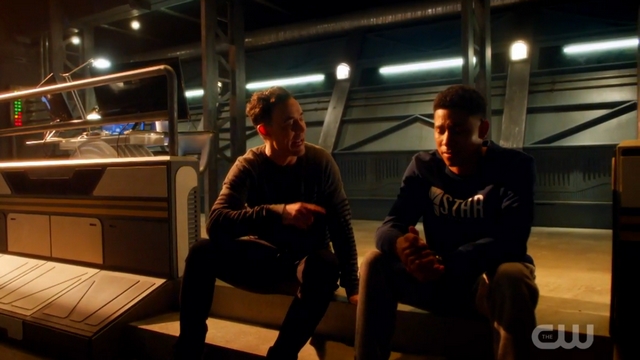 As he fears the likelihood of that experience he’s burdened by his sins. Caitlin (Daniell Panabaker) comes to side to offer comfort. Its a nice scene between the two as Mr. Albert kisses Cait for some encouragement. Aww…yep further confirmation he will be dead by season’s end.  So the team tunes into evil speedster TV. Before Savitar can give his spiel about “I’m a go”d he gets cut short. So he then begin to share much more information. He also oddly enough takes the time to note that HR (Tom Cavanagh)  is the only person to survive his wrath. Everyone else not so much and we learn further that Savitar knows his time will come.

The crew begins to wonder if there’s another stone out there. They decide to find some leads about this. Meanwhile Wally isn’t doing so well in the speedlab. He and HR are concerned about his performance. He’s not quite able to get over the mental hurdle. So they get the brilliant idea to see the future as a means to motivate Wally. Cisco (Carlos Valdez) is totally against the idea but being the softy he is, he complies. This was probably ill-advised but he sees Iris’ death and more. After the trauma he races off to confront Barry.

Wally exposes Barry and why he decided to propose to his sister. In the future, at the time of her death she doesn’t have a ring. So this means that Barry was attempting to change the future. The fallout doesn’t end well as Iris must separate herself and think about everything. Now, you’ll recall Savitar issued out prophecies; one which said one of you will betray you. As Julian and Cait try to make sens of the bad guy shenanigans, turns out there was a piece of the stone still around. The betrayer was actually Cait herself. She thought it would help her lose her ice powers. That fear unfortunately was one piece to this crazy puzzle. 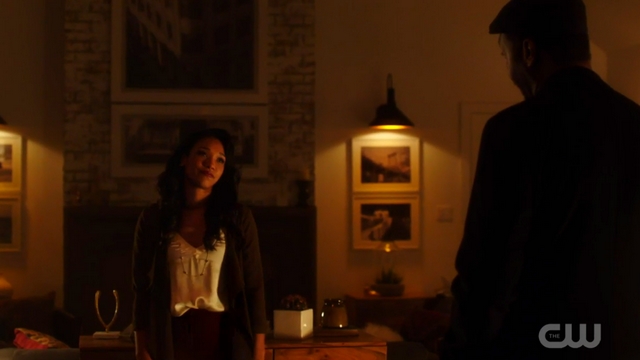 What is the larger plan here? At this point I’m a bit baffled myself. So again the team needs Savitar TV to be able to track wherever he’s located. Joe pays Iris a visit to offer help with her mixed feelings. At this point she’s beginning to wonder at the dynamics of their relationship. Joe tells her like it is. Their lives are crazy period but the love they have is the only simple thing. You’r right best TV dad.

Elsewhere the young West and Jessie talk about his current circumstances. Wallace makes note that h feels as if he’s being manipulated. Jessie tries her best to comfort him. At this time Wally is visited by the spirit of his mother Francine. Its very sad because she’s certainly dead and he’s being played by the evil speedster. The evil doer warns him that once that stone is retrieved he will kill everyone. KF with no options runs off to stop him.

Now one of the most powerful scenes takes place later. Iris and Barry talk about his actions and intentions. Sh ask him to only listen to what she has to say. She recognizes that they both want to b married. She wants to b his wife and so forth. However she can’t must be his wife and something that he must protect. She is more than this object that’s in danger. Thus him trying to alter time(you’d think he’d learn!) doesn’t respect their relationship or her very much. 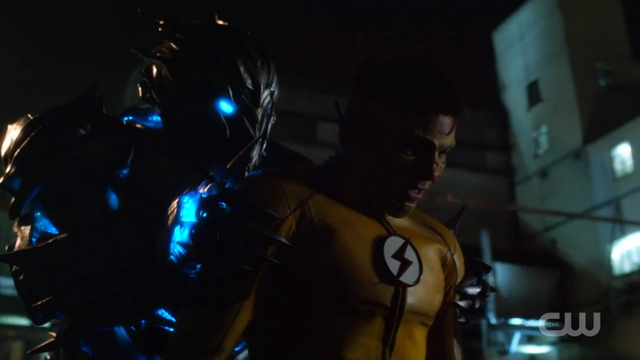 As Barry return to Star Labs he shares with the team that Savitar is trapped in the speedforce. Yes, also where the incomplete stone was thrown in as well. Jessie speeds in to inform them Wally went off to stop Savitar from taking the stone. At this he’s completely clueless as to what will happen if that stone is thrown in there.

Immediately following Savitar rips his way through for freedom yet again. Once he frees himself he takes a moment to bask in his glory. With nothing but a fraction of KF’s costume in his hand, he demands answers. Savitar is all to happy to provided them. The youngest member of the West family is trapped in the speedforce. He took the evil speedster’s place. The only way to free him would be to offer another sacrifice as he did. There was a prophecy that someone would suffer a fate worse than death. So our young hero is in a literal hell. Again, this was all of Barry’s fault. 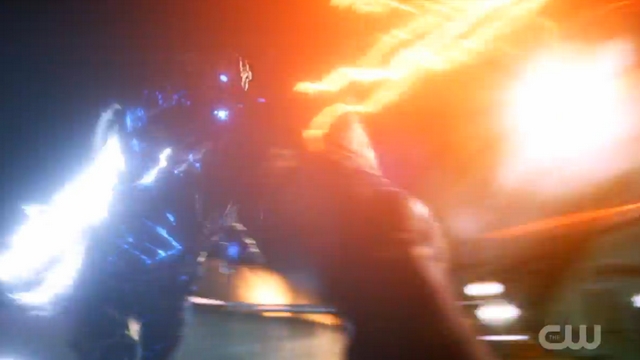 Savitar reveals that he orchestrated all of this down to the very minute detail. When Barry selfishly created Flashpoint, he saw this trapped in the speedforce. Thus he concocted the plan to grant Wally his speed. He would use the ego and out of the hero free himself. So our young hero was nothing more than a sacrificial lamb. This same plot line of Wally being lost in th speedforce was used in both his animated and comicbook iterations as well. all scenes equally sad for fans.

Completely enraged  Barry tries to do battle with his foe. He manages to hold his own to a certain degree. However as hes outclassed, he is reminded that his time to die will be coming soon. The villain runs away after he manages to lodge one of his claws into the Scarlet Speedsters shoulder.

Aftr he receives medical treatment the episode proceeds to kick us while were down. Everyone is silent and at a loss. WHat can be said here They were all played like a game of chess? The Flash brother/sidekick/protege is in a world of pain no one can imagine. Joe clutches on to the remains of KF’s suit hoping they can find him. Iris barely offers any kind of outward comfort(cant’t blame her). With tears in his eyes our hero realizes his actions put all of this into motion.

I must correct myself from the previous review. This is by far the best episode of season 3 without question. The Flash’s personal life is in chaos. Kid Flash was a puppet for the big bad and what fate lies for the rest of the team? This also offered some of the best acting of the cast. It was a very powerful episode.

No witty race/running commentary needed. The episode focused on our respective vulnerabilities and how they can control us to do harm. These we lose a young hero in the process.