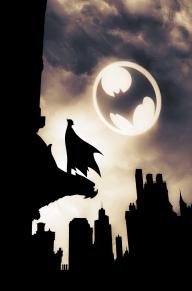 Welcome back everyone! Hope you all enjoyed the Holiday Season! Here are this weeks reviews, Spoilers as always!

The man who dresses as a bat and solves crimes began all those years ago in Detective Comics #27. When DC relaunched all of their comics back in 2011 they knew that they would have to do something special when Detective Comics #27 arrived, well that day is finally here. The issue does have a new story line for the ongoing Detective Comics, which is interesting, but it seems to be the weakest story in the issue.

The issue is packed with creators and artists from Batman’s past and present and every story seems to just get it right. We learn why Batman does what he does, we get a beautiful old school looking story with Batman and the boy wonder, and we get a glimpse into Batman’s future from Scott Snyder.

Overall, Detective Comics #27 (the issue that isn’t worth a couple million dollars) is an enjoyable issue for any Batman fan. The $7.99 price tag may cause several people to avoid the issue, but still should be borrowed just to enjoy this special moment in Batman history. There are some very fun and exciting stories and well as some touching moments. Long Live Batman! 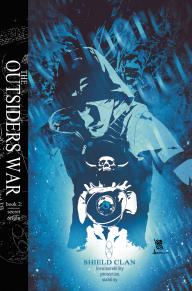 The Outsiders War continues in this issue. It begins with Oliver on the island and shows him being tortured and asked what his name is and who sent him. He answers truthfully and is still tortured, there are several flashbacks of this torture, which happens over several weeks. In the present, Oliver and Shado are on the Island looking for the “Green Arrow” in the Tomb of the Arrow Clan. Shado makes several weird comments before The Shield Clan attacks them. Oliver uses several trick arrows and escapes his attackers, before he gets attacked by the masked man from the flashbacks. The masked man is the head of The Shield Clan. Oliver runs back to the place from the flashback, where he says, “The last bits of who Oliver Queen had been were stripped away for good.” This is where Oliver killed for the first time to escape the men who held him captive. Shado finally says whats on her mind that maybe he wasn’t stranded on the island, but brought there and they didn’t kill him because they were actually trying to train him. The end of the issue reveals that the head of The Shield Clan is actually Oliver’s Father and he was being trained.

Jeff Lemire really has turned this series into a must read each week, Green Arrow is no longer a wannabe Batman, the depth of this world just keeps getting bigger and bigger. There have been plenty of surprises and intense moments since he has taken over. This is turning more into a action mystery type story with plenty of twists and turns. While the story has been fantastic, it is Â Sorrentino’s art that makes this series so interesting the panel layouts and the way she makes action scenes feel like the chaos that they are.

Overall, Green Arrow 27 starts the new year off strong for the series. The story continues to improve month and month and the art is some of the best in the business. Where Oliver goes from here remains to be seen, how will he accept the fact that his father is alive and be the hero that he needs to be. 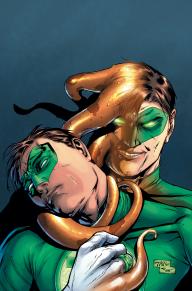 Hal Jorden has had a lot on his plate now that he is the leader of the Green Lantern Corps. He is trying to rebuild the Corps new home on Mogo with John Stewart’s assistance, and be a good leader to the Corps. Hal is in the medical wing when Saint Walker finally awakens fully recovered. When Hal tells him what happened during the battle with Relic, Saint Walker loses his hope and the blue ring leaves him. Meanwhile, there is a prisoner transport to Mogo to move the prisoners to their new cells, when the vehicle opens, some of the prisoners escape and manage to get to Hal and create a temporary copy of him. This “clone” makes a broadcast to the entire universe telling them that the Green Lanterns are a threat because they can drain the “Light Supply” and bring the Universe to an end. Hal awakes and stops them but the damage is done and the universe is preparing for war vs the Green Lantern Corps.

It is nice to see the Green Lantern Corps on Mogo still trying to rebuild after so many wars. Saint Walker alive and awake was long overdue even if it was for only a brief moment. He remains to be a big part of this universe and seeing him lose home should really play a role in Hal’s decisions. The Corps are going to war against the universe, this will be a different kind of war considering they want to protect everyone even though they are being attacked. The art in the issue was some of the better Green Lantern art since Geoff Johns left, having a lot of color usually helps this series stick out.

Overall, Green Lantern #27 was a calmer issue even though it is setting up something big. There were several important things that happened but it also is a good jumping on point for anyone interesting in finding out what is going on in the world of Hal Jordan. Hopefully, the Green Lantern Corps can fix their brand and help save the universe again.