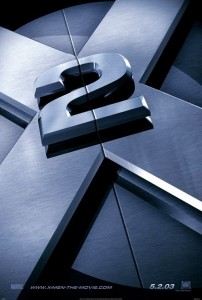 The opening scene of a film is super-important. Like the opening paragraph of a book, or the cold open of a television show, its purpose is two-fold: to grab the audience’s attention, and to establish the sort of world the film takes place in. Different films take different approaches to this; the James Bond films often feature what amount to short films at the start of each of the entries in that venerable series, often with little to no connection to the proceeding film’s plot, while something like Fight Club has an opening credits sequence that shows the characters literal state of mind and then plays with the flashback/narration mode the rest of the film works in. Ghostbusters‘ opening scene shows both the humor and frights waiting in the rest of the film, while The Matrix drops the audience right into the middle of its kung-fu cyberpunk action. A franchise/continuing story obviously has advantages here, as it can assume the audience has a small familiarity with the “reality” it takes place in, so it can just GO. And that is where we are now, with one of the most perfect opening sequences in modern memory, the one to X2: X-Men United.

As an opening scene, few can match the excitement, the sheer kineticism, of the Nightcrawler attack on the Oval Office. Preceded by a similar voice-over and credit sequence as the first film, the scene starts with the minimum information needed: it’s the White House, there’s a tour, and one of the tourists stays behind. It then kicks right off, with Nightcrawler BAMF-ing all over the place, taking out Secret Servicemen and showing off the heightened action choreography of the newer film. It all culminates in an expertly shot and arranged scene which circles around the Oval Office following the mutant as he teleports from place to place, disarming and taking down multiple attackers, ending with the President at his mercy. The CIC is only saved by a last second fortuitous shoulder shot from one of the Servicemen, with the attacker teleporting out and leaving only a knife with the banner “Mutant Freedom Now.” And thus the plot is set in motion, with the obvious catalyst, and the basic conflict of the film laid bare: a mutant has attacked the President.

What’s most interesting about using X2 as an example is that the other films in the franchise have tried to do this as well, with varying levels of success. The first X-Men film had multiple short openers, for both Magneto and Rogue’s sort of origins, and X-Men 3 had an apocalyptic battle which was revealed to be a Danger Room simulation. The former did an excellent job setting up the world and some of its characters, while the latter was almost a fan-servicey scene, designed solely to make people go “Ooh!” One can see the approaches of the two filmmakers (Bryan Singer [who also did X2] and Brett Ratner, respectively) encapsulated in these scenes: one is focused on the emotion and character beats, while the other is about looking cool and blowing things up. It speak volumes that while the latter film did well theatrically, it also engendered a large outcry of disappointment from both fans and critics. As goes the opener, it seems, so goes the rest of the film. 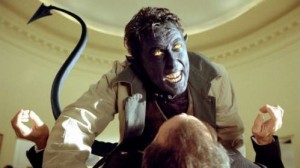 This isn’t to say that a dynamic and kick ass opening scene is all that is needed for a film to work, but let us be honest here: if the filmmakers show the care and work needed to make an amazing opening scene, it’s safe to say the audience will then be more comfortable putting their trust (and money!) in their hands. A poorly constructed or chosen scene, and the filmmakers face an uphill battle for the audiences affections, and the wrong foot is started on. And work it is, in either case. Not every movie can start with a teleporting blue demon taking down the leader of the free world, but let’s face it: it wouldn’t hurt.