It has been a tough weekend for television. With the final episodes of The Colbert Report, The Legend of Korra and The Late Late Show with Craig Ferguson all airing within roughly 25 hours of each other, we have had to say goodbye to so many great shows and personalities so quickly. But those weren’t the only shows that ended this year, and we wanted to take time out to say goodbye to these 7 shows below that have made an impact on all our lives. 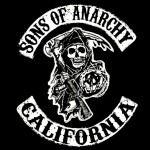 Sons of Anarchy – After 7 thrilling seasons, the mayhem is over. The amount of bad things that happened to characters in this show definitely outweighed the good, but it still had us coming back week after week. We grew close to many characters just to have them violently, and sometimes abruptly, taken away from us. I would argue that this was one of the best dramas on television, especially towards the latter seasons. I will miss the Sons of Anarchy; it was a hell of a ride. -JS

How I Met Your Mother – It took 9 seasons, but Ted Mosby finally met the mother of his children, Penny and Luke. This series made you laugh, and it made you cry. While it had its ups and downs, it certainly had a lot of heart and the characters had such good chemistry with each other. Although I may not have agreed with the ending, I’m okay with it months later. Especially because there is an alternate ending on the season 9 DVD release. But sometimes, that’s life, we don’t always get the ending we wanted, but you can at least enjoy the ride. – JS 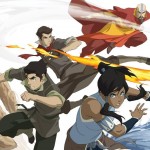 The Legend of Korra – A lot of the talk about The Legend of Korra is no doubt more poignant than what I can possibly hope to say. After 4 seasons that all ended with bang after bang, the show has attracted a lot of attention during its lifespan, from long time fans to newcomers of the Avatar universe, critics, and of course far more.  While not each of the four seasons were met with equal response, certainly nobody can say they didn’t try.  And boy, was it a lot to live up to after the original Avatar: The Last Airbender.  Despite my personal qualms with the show, perhaps one of the best things about it was how much new ground they tried to break–and for a cartoon on a kid’s show network.  Season after season tried new things that both drew from source material and that addressed bigger and sometimes darker topics to viewers.  While new ideas like bloodbending from the series were explored more in depth, and the concepts of the material world and the spirit world were more fleshed out, the show also brought up things like suicide, fascism, gender empowerment, and much more.  The end of The Legend of Korra is a bit like a swan song, both to the new eyes it attracted and to the long time fans who grew up with it.  While not every episode or season was the most outstanding, unquestionably the series did some great things. -DT

The Colbert Report – I’ve not lived long enough to make any claim about a character’s originality or impact, but the “Stephen Colbert” persona that hosted The Colbert Report was one of the finer examples of the right hero for the right time. Taking the sometimes dark and depressing news and boiling it down into his unique blend of humor and satire, not only helped a nation laugh, but learn. And while he is on to bigger, and perhaps better things now, TV has lost a true American icon, and one of the finest creations in the past decade. -ER

Beware The Batman – Much like last year’s Young Justice and Green Lantern: The Animated Series, we got a stark reminder that Cartoon Network either doesn’t know what to do or doesn’t care for action-cartoons. Premiering the summer of 2013, the show had some rough patches, but by the end of its initial 13 episodes had come into its own. Sadly, most people wouldn’t know that nor would they know just how the show ended. After being abruptly pulled off the network, it would return with a bizarre 3AM airing schedule to burn off the episodes as quickly as possible. While this won’t be remembered in the same vein as YJ or GL:TAS, it was another quality animated series cut short. -ER 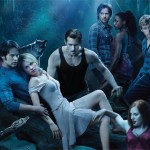 True Blood – While it was only technically “good” for the first season, True Blood was always entertaining (barring the final season). A tight whodunnit with vampires quickly slipped into campy madness, introducing a slew of supernatural creatures on top of increasingly bonkers storylines. It was a fun show that for me signified the start of summer for the last few years. Sadly the fun factor started to slip towards the end, and when showrunner Alan Ball left before the final season, the episodes that followed were as a whole a disappointment. I have to hand it to the writers though. While it might not have been as fun, and for the first time actually bored me, they did manage to tie up every last little dangling storyline by the end. – WT

Eastbound & Down – For a series lasting four seasons and only having 29 episodes Eastbound & Down had quite a bit of laughs. Starring Danny McBride as the washed up Kenny Powers, a once great MLB pitcher, this show was all about the crude, journey to redemption for our star. The first season will always be the shows best, giving the viewers a ton of guest stars and even more laughs. The final season, allowed Kenny to realize there is happiness outside of baseball and fame. Kenny matured and grew more as a character then expected since the first season. The final season, was the best season since the first mainly because of the great guest stars returning from season one. Overall, the story of Kenny Powers had some great moments, and provided its viewers with laughs about this over the top character. – JR

These weren’t the only shows that left the air this past year. Shows like True Blood and Wilfred left the year after many seasons. Shows like Almost Human were cut down before their time, but we could only pick 7!