The Wii U is set to hit stores 2 weeks from now.. We thought with the next-generation ofÂ Nintendo consoleÂ on its way that we would look back at the past 6 years of their last console. ItÂ wasn’tÂ always the smoothest of experiences, but the Wii did have its shining moments. We will take a look back at games that defined the console, defined its revolutionary controller-scheme and general best in class.

We spent the last few articles focusing on specific genres that shined on the Wii. Stuff like FPS, platformers and RPGs really shun on the console. But the console wasn’t designed around the idea of simply improving current trends and genres in games.

Instead the entire console was designed around the notion of the Wii-mote, a controller that would bring the player into the game like never before. There were some ups and downs along the last 6 years, and not everything was better with motion. We however are here today to bring you a list of 7 games we felt achieved the vision that Nintendo set out to create with the Wii. 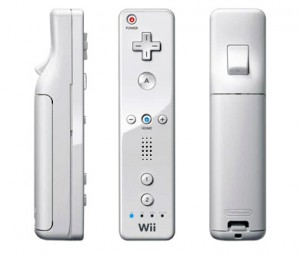 Just a not before we get started, while these games represent some of the best the Wii has to offer, it isn’t a list of the best games on the system. That willÂ actuallyÂ come soon!

7)Godfather: Blackhand Edition– The Wii-mote offered many promises when it was first revealed. Even with that promise, I don’t think the ability to bully people around was ever on the list, but within the first year of the console, EA delivered one of the most engaging games on the console. Sure, it was a port of an older title, but it was given new life on the console. Yes, it’s a bit vicious but there’s something satisfying about being able to shoot people in specific parts of their bodies. Being able to “push” them around quite literally with physical actions and get what you were owed with some goodÂ fisticuffs. It’s a fun little sandbox game, and one of the shining examples of motion controls. 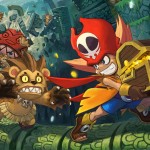 6)Zack & Wiki: Quest for Barbaros’ Treasure– The Wii-mote could be a gun. It could be a golf club. It could be a tennis racket. Or it could be whatever the hell it needed to be. That seems to have been Capcom’s motto when they were crafting Zack and Wiki. A game that put a new spin on the adventure genre by turning the Wii-mote into an all purpose device. It was a pointing device to navigate the world. It was a bell to transform objects into vital tools. It was a saw. It was a flute. It was anything the game could come up with, and it pretty much all worked. Sadly, this game didn’t set the world on fire as far as sales went, but it is worth checking out.

5)Medal of Honor Heroes 2– There are better shooters on the Wii, we even have a list for that! There are even shooters with better controls on the system, but no shooter on the system put you in the game quite like this one. It takes advantage of the Wii’s IR aiming, which goes underrated as one of the biggest advancements the system brings, but it goes even further than that. As it’s one of the few shooters in the industry, that really gives the weapons a different weight and feel to the player. And it does this with the use of motion controls. The pump-action shotgun actually has to be pumped by the player by using the nunchuk. The rocket launcher has you lifting the controller onto your shoulder to fire, and snipers using a twisting motion to zoom in and out. It all works, and it all adds a novel touch to the game and itsÂ weaponry.

4)Boom Blox– Sometimes, it’s the simplest executions that we take for granted. Boom Blox isn’t an all-purpose device. It doesn’t make you feel more in touch with established genres. All it does is simply allow you to play a puzzle game like never before. The game really relied on one motion and that was a forward toss. Other than that, it was just a cleverly designed puzzle game that was only possible on the Wii at the time. Worth checking out.

3)Red Steel 2– We made note that Medal of Honor wasn’t the best shooter on the system, Red Steel 2 doesn’t hold that honor either, but it does hold the distinction of being the most-motion heavy and innovative shooter on the system. It controlled the smooth experience of IR aiming with fun combinations bought together by the use of Wii-motion Plus. There’s just something about being able to shoot an enemy’s mask up rush up to him and knock him around with my sword. No lag, no long winded combos. Just simple swipes and swings, and you’re in the game. The game does suffer, but none of it comes from the motion controls.

2)Wii Sports/Resort– Very few games and franchises can say they’ve defined a console. Even fewer can say they’ve done it twice in the same generation. I was thinking about separating Wii Sports and Wii Sports Resort for this list, but at the end of the day they do the same job. They usher in the technology which they represent with near flawless motion controls, a solid and addictive packaging and that little something extra that Nintendo packs. You’ve heard the tales of Wii Sports. It’s the only reason the Wii sold so well. It was responsible for the launch of mini and sports games collection. And that may be true, but it was also a fun use of the motion controls and that’s what kept people engaged. Years later, when Nintendo realized that the Wii-mote had it’s limitations, they once more called on Wii Sports to herald their latest device, the Wii-Mote Plus. The game bought back some classics like bowling, but really re-invented itself with more fleshed out games and challenges. It was also the building blocks to a certain degree of our number one game… 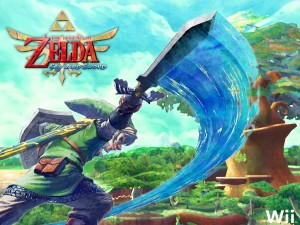 1)The Legend of Zelda: Skyward Sword– The Legend of Zelda is one of the most-storied franchises in all of gaming. There’s no denying that. It is usually Nintendo’s technical showcase, but has also been the vehicle for several of their gameplay ideas. Ocarina of Time bought us Z-targetting, and Twilight Princess ushered in the era of motion controls. However, it wasn’t for 5 years that Nintendo, the Wii and everything else finally hit the true potential of the device with Skyward Sword. A game that made heavy usage of motion in every facet of the game from item selection, to item usage to puzzles, and it all worked. It made combat more engaging and strategic. It made old-hats feel reignited, it made new devices feel at home and it just seemed to weave its way through the game design flawlessly. It isn’t perfect (After 6 years, I don’t think ANYONE has made a game that made forward thrust a working movie), but it’s the best example of a motion-based game on any platform or device.