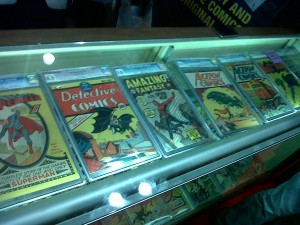 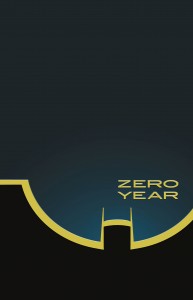 Â I know this is an unofficial ‘Superman’ week leading up to the Man of Steel as well as the release of the very good ‘Superman Unchained’ but it’s Scott Snyder’s other book, Batman, that really takes the cake for me this week.
Snyder tricks us twice with an opening of a barren, broken Gotham and a rugged Batman in the daylight, but this is somehow 6 years ago? Not the future but the past! So what happened between then and now. Â And then he further blows our minds by taking us 6 1/2 years ago! Â I loved it! Â But really what’s Snyder doing is really modernizing different elements not of Batman’s origin but how he got started as Batman in a much different world (and Gotham) than Frank Miller gave us. Â I’m sure 20-30 years from now, another writer will do it again and that’s part of what’s great about comics. Â (It’ll be Year Negative One! – patent pending DC!)

Snyder also does two things that really stand out to me: He retroactively starts to develop theÂ Riddler, and which I hope and expect to bear fruit in modern day after Year Zero is over. Â I also enjoy that Snyder is picking up with the Kane/Wayne foundation laid by history and revived by Grant Morrison but also with what he has done himself via Gates of Gotham and Court of Owls. Â I’m wondering, and wouldn’t be surprised, if he addresses the differences over the years having to do theÂ KanesÂ in particular and where Nathan Kane, Kathy Kane, Kate Kane, Jacob Kane (and maybe even David and Cass Cain ??) fit in.

In the end, Snyder, has calmed my nervousness (which was slight) that this would be a bad re-hashing of Year One. Â I’m excited to see where this goes and over the next 10 issues how he andÂ CapulloÂ (who is fantastic as usual) will surprise and astound us.
Josh’s Top Self Comic 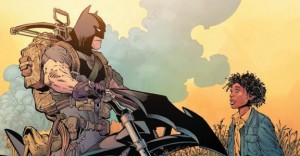 Talk about a tough choice this week. We had three Scott Snyder books to choose from. He continues to somehow bring his A game with every issue he puts out. With the start of Zero Year in Batman, Superman Unchained, and an America Vampire one shot, the quality was there but Batman edged out on top. I loved Superman Unchained because we finally might have a decent Superman book in the new 52. I had high expectations for Zero Year and it exceeded my expectations in every way.
The first thing I enjoyed was seeing how beautiful Gotham looked in the daylight. It was odd to see that but it was something that I felt was an extra beautiful layer to the artwork. Seeing Batman ride up on a bike in not the greatest gear was awesome. The thing that really did it in for me was the villain. I knew we would see this character but I honestly forgot and he is one of my favorite characters in the Batman Universe. Seeing the tease before seeing the actual character later in the issue was fantastic.
I know Snyder and company hold Year One in the highest regard that is why I wasn’t at all nervous of them tackling a Batman origin story. This was an excellent issue that has me wanting more and looking forward to this story. 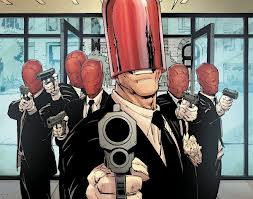 When Scott Snyder announced he was going to spend the next year delving into Batman’s past, it filled me with equal parts excitement and trepidation. Both major story arcs Snyder has written since the launch of New 52 are easily the best at DC. But, focusing the story on past events does worry me that Snyder is cutting the series off from the rest of the DC universe for such an extended period of time. A lot can change around Batman when “Zero Year” concludes. If you feel the same way I do, you won’t for long because there’s a single image on page 4 of a short-sleeved Batman riding a Bat-cycle that will hook you.
This book is my top shelf pick because there was very little, if anything that I didn’t like. Firstly, the story continues the one introduced in the 0 issue. Bruce infiltrated the Red Hood gang and is cornered in a van with their hostages. We’re actually seeing Bruce being more reckless in how he handles these tight situations. That’s refreshing because as the Batman we know he’s much more calculative. Secondly, as we saw early inÂ Death of a Family, the Joker is the leader of the Red Hood gang. It’s through an accidental bath in a vat of chemicals that he becomes the Joker. I’m not getting my hopes up that his identity will be revealed but its exciting to see this origin as depicted by Snyder. Â Lastly, I also enjoyed seeing at least one member of the extended Wayne family. One of the aspects of the family I was confused about is whether or not Kate Kane is his cousin. So I’m looking forward to having my suspicions validated or put to rest.
Regardless of what happens in the forthcoming issues, Snyder is about to take us on quite a ride through Batman’s past. When he returns the character back to the present, he’ll have to deal with the aftermath of the Trinity War and continue to come to terms with the death of Damian. Thankfully, establishing how Batman fits into the New 52 universe will present new opportunities for character development and open new avenues to tell the Dark Knight’s story.