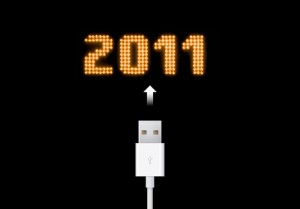 Well another year in music has come to a close and as I predicted at the start of the year it did not disappoint one bit. A lot of big names released new material some were great while others seemed to be over hyped. There were a few surprises as well as some fun new bands as well as some classics from bands of old. This list I really have several criteria that I personally look for in an album in order for it to be considered. One being the lyrical meaning and content, here I will rate an album higher if I feel so connection to the lyrics personally. Second, the music does it relate well, and is it mixed and mastered well on the album. Did the band take a risk with their sound? I really will give a band a lot of credit if they changed up their sound at all and if it worked well for them. Also this year I have been big on if an album has a good flow song to song, for example if they transition well and if the songs feel like they should all be a part of this album. I also like a band that surprises me, as in I really had no interest in the album but it kind of shocked me with how good it was. I also look at where I would rank a particular album within the bands discography. There really is no complete science to my method. If I enjoyed an album on the first listen that will help it get consideration. At the end of the day if the album has been out for a while and I find myself wanting to keep listening to and only that album, then that is what can help an album the most.

This album was a true surprise to me. Switchfoot has been around the block once or twice and really I had forgotten about them as a band. I was not a huge fan of their prior album “Hello Hurricane” but this album is just a great rock album. They seem to found their footing again with some good guitar and great lyrics. I am a fan of the album artwork, while being very simple it just has that classic look for me. This album has some very enjoyable songs that flow well and overall are very catchy, (but not catchy in a pop sense). A friend told me to check this album out, I was not sure how it would be because I did not like their last album, and really was not a huge fan of the band. I liked several of their songs but it was never a band I just found myself wanting to listen to all the time. I finally decided to listen and really enjoyed the album upon the first listen, and after letting it really sink in more and more I could see that is album was something special.

Foster the People are my best new band of the year. This is such a fun catchy album. Very cool sounds to it and something that can easily get stuck in your head. The have such fun beats one can’t help but dance around like a fool, yes I am guilty of this. Everyone knows that their single “Pumped Up Kicks” blew up on the radio and helped get them known. There are so many other fun songs on this album that help make it one of those special debut albums that to me defined a summer album. “Helena Beat” is a great opening track letting the listener know this is going to be a fun upbeat album. While the lyrics to many of the songs seem to be all over the place, like in “Don’t Stop”. This is something that I think worked well for them considering it was a goofy sounding album, yet enjoyable.Â  I am not sure where this band will go from here maybe they can keep creating fun interesting music, but if they are a one-album wonder, at least it was enjoyable!

I know there is a lot of hate toward this band but to me they really can do no wrong! They have a singer with one of the best singing voices! This album is a different feel to what the band normally does. I can honestly say that this album connected with me in such a powerful way. I really cannot describe it, lyrically it is fantastic but musically Coldplay is something special. They find ways to create such powerful songs and know how to have an album flow with such ease. “Every Teardrop is a Waterfall” is one of my favorite songs of the year, such an amazing music video and amazing song. Coldplay invited Rihanna to add vocals in “Princess of China” and it was a perfect combination that unites two powerful vocalists. Finally the song “Up With the Birds” is such an epic conclusion to this album! I always enjoy when a band ends an album with an epic song on a high note. Coldplay really can create powerful, meaningful songs. They continue to impress per usual!

They are one of my top 5 favorite bands, so I have been waiting 8 years for this album and honestly thought it would never be released. I go back and fourth on what I feel about it and always come back to being satisfied. Granted it won’t surpass Take Off Your Pants & Jacket, and Enema of the State on my Blink album rank, this album is still way better them most of the crap coming out these days. Â I think the reason this won’t surpass those albums is because those albums were what I grew up with and really what made me start loving music! They have a special place in my heart like this band. I will say that I do really enjoy how dark this album is, the music seems upbeat by lyrically it is dark. This is a mature Blink 182 and I will say that I do enjoy the change; it is along the same lines as their self titled album mature wise. I do feel like Mark seems to be missing a bit in this album maybe that is a reason that I go back and fourth. I will say that I enjoy every song and this it is an enjoyable listen, but something is missing from it being my album of the Year.

There is honestly something so special here with this album. For me it get better upon every listen. This is another album I have been waiting for quite awhile. It really is the perfect album. I will officially say that I now rate this album a perfect 10. This is only the second time I have ever given a ten (the other being Sam’s Town). This album does everything right to me. It is a shorter 10-song album but every song is grade A. Lyrically I feel that it just connects with me and does everything right. I was able to see Yellowcard live this year, and I will admit that “Sing for Me” is one emotional song that I actually chocked up when I heard it at the concert. This album has transitions betweens songs so nicely; there is no choppy feeling that sometimes occurs with bands.Â  I love the violin; the fact that Yellowcard has made it work for them still blows me away. “For You and Your Denial” the intro with the violin is something special considering today’s music. Yellowcard ended this album with a statement, their song “Be the Young” is such a perfect way for an album to end that I get goose bumps every time the song starts. They plan on releasing a follow up in 2012 and I could not be more excited! Could be have a band win back-to-back albums of the year? Only time will tell! 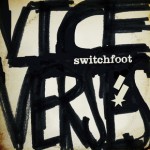 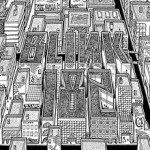 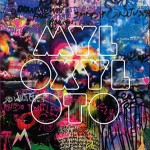 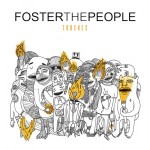 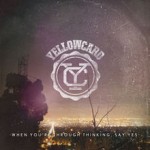 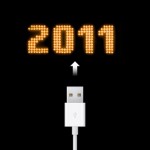 Here are a few of my awards that I want to hand out to this year:

Disappointment of the Year:Â  Universal Pulse- 311

This band generally does a great job with their albums; they are one of the best bands for song unity inside an album. They really understand album flow and making songs that all relate to the album meaning, and feel. This album was only 8 songs long and did not live up to my expectations.

Comeback of the Year: Yellowcard

I cannot say enough about them, and their album this year. They came back, an album I was very excited for, and met all my expectations, even surpassed them. They also released their most recent album as an acoustic version. They are currently in the studio again and plan on releasing another album in 2012!

The first time I heard “Pumped Up Kicks” on the radio I knew I had to find out who this band was. So I was shocked they were a new band, and really just enjoyed the album they released and knew there was nothing like them on the radio.

Finally, of course my album of the year is “When You’re Though Thinking, Say Yes” by Yellowcard. I feel like this year was very enjoyable for me music wise and was able to enjoy some of my old artists releasing new material as well as find new bands that I really enjoy a lot now. 2012 seems like it could be a very excited year for me, because there are a ton of my favorite bands releasing new albums. Seems like Paramore, Yellowcard, Mumford & Sons, and THE KILLERS will be releasing new stuff! Should be awesome!