This one will feature less words because there isn’t much to say. WrestleMania is the largest show the WWE puts on each year, which means they go a little extra in design the set-pieces. The designs have grown more elaborate in recent years so this list will be very back heavy, but journey with us as we take a look at the best WrestleMania sets.

7) WrestleMania XX- The Garden is the WWE’s unofficially home, but the arena is rather small which has always made it an issue for WWE sets. That was until WrestleMania XX when they opened it up a bit, and introduced a pretty nifty video tron on the floor of the walk way. The personalized set-pieces would soon become a hallmark of WrestleMania sets. 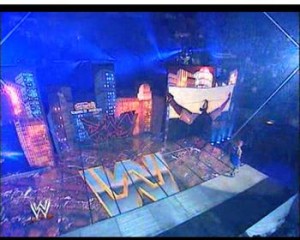 6) WrestleMania XIX– I mentioned this in our Top 7 entrances article, but WrestleMania XIX’s set design had such a simple, but iconic look to it. The WrestleMania logo hanging down the side of the set just added a little something extra to the wholeÂ proceedings. 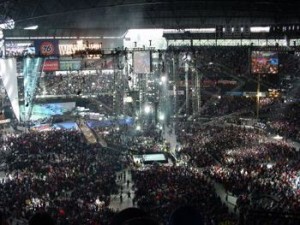 5) WrestleMania XXI– While this doesn’t have the same personality as some of the latter ones, it was one few themed WrestleMania venues (With WrestleMania Goes Hollywood) and the theater like set-up made for a treat for fans. 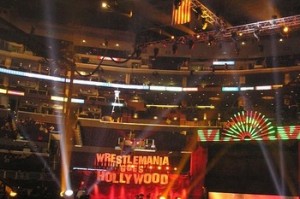 4) WrestleMania XXV- The Golden or Silver Anniversary (I can’t remember) of WrestleMania is generally remembered for the historic showdown between Shawn Michaels and The Undertaker, but special credit has to be given to the set, which had a double task of looking awesome while also paying homage to the legacy of the event. 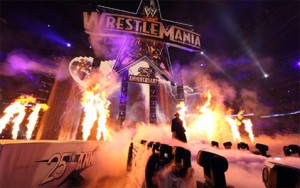 3) WrestleMania XXVII– Last year design was most notable for just how flexible it was, who could forget Alberto Del Rio’s stunning back drop or the odd cube thing that fell from the ceiling! 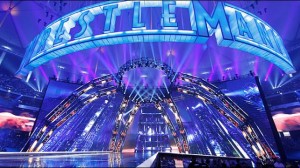 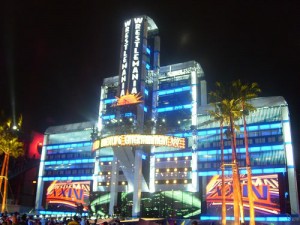 1) WrestleMania IX– Not the greatest WrestleMania of all-time, but when you want to take about a set-up that screamed personality, there really is no other Mania that comes close. 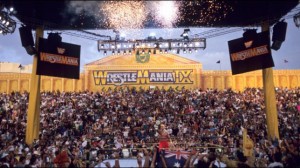