Sure, we do our own Game of the Year podcast like any other gaming website, but we thought it would be nice to share each individual’s own Top Games of 2011. For the most part, the show will just have us fighting out our number 1 pick to see which wins the overall GoTY (and hopefully no tie this year!) And much like our List of Movies, we’re doing 7. Why 7? Why not!

But before I list my picks, here are three honorable mentions and why they didn’t make the cut.

Now that its out of the way, let’s focus on the Top 7 games I’ve played this year. I will admit to cheating a bit, one of the reasons we didn’t hold our GoTY podcast in Dec like everyone else was to make sure we got through our Christmas gifts, but the other main reason was so that the afterglow of a freshly finished game didn’t taint our opinions of them. So yeah, one of the games on my list was something I’ve completed less than 12 hours ago… oops! 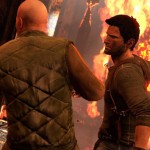 Uncharted is the type of experience, gamers are looking for when they want a game that blends the quality of cinema with the interactions of a video game. It hasÂ likableÂ characters (Nathan Drake is perhaps one of the best new characters introduced this generation), it has amazing set pieces and it has memorable dialog. Uncharted 3 continues down the path set by the first 2 with a bigger focus on the relationship between Nate and Sully.The multi-player has returned with new modes and tricks, and the co-op is much improved over part 2. While it remains a one of a kind experience, there’s just something off about part 3, which is why its much lower on the list. That said, if you own a PS3, you owe it to yourself to check out the game. 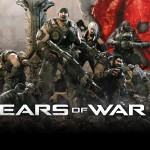 Gears of War 3 is more Gears of War. That’s not a bad thing, its not an insult, but its the truth. If you were a fan of the first 2, this game just gives you more of the same on a bigger scale. And it works. It is a fine foundation to build upon, and unlike most other 3, they do attempt to close the trilogy they have been building on. In addition to a solid single player (or co-op) campaign, they’ve also expanded the multi-player component of the game. Beast Mode was a fun diversion even if it was just a bit short, and think would have been awesome with competitive elements. Horde Mode returned bigger and badder than before. And trust me, getting to Wave 50 was one of my favorite challenges this year. Gears of War won’t be known for re-inventing the wheel, but is a damn fine game. 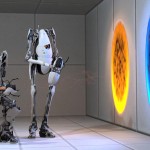 Portal 2 is everything one would hope for in a sequel for Portal except its longer. That’s both good and bad because Valve was charging 60 bucks for it, but some of the padding is just a little off-putting. That said, outside of certain segments this is a solid puzzle game that really stretches your ability to comprehend your environment. While the single player was as solid and fun as the original, I feel the game really shined with the co-op mode. Get together with a friend, and you have one of the most ingenious games of the generation, which is just a blast to play. It also helps that Valve was kind enough to give out free DLC for this title as well expanding the co-op charm. And who doesn’t love robots hugging!

The 3rd Street Saints are back, and this is perhaps their biggest, most over the top and zany adventure yet. And I loved it. There’s something to be said for a game that never attempts to take itself seriously throwing you into one bizarre scenario after another. Whether its robbing a bank dressed as yourself with a giant mascot head or free falling out of a plane in a tank, this game seems to always one-up the last mission. In addition to that, this is perhaps the single best example of using licensed music in a video game to date. Believe me when I say, you will never forget the moments associated with some key musical selection. Add in co-op and whored modes, and you have the best open world game in years.

The Caped Crusader glides into action once again as he looks to thwart the plans of Hugo Strange and The Joker. I honestly don’t know what to say about this game that hasn’t been said before. It is the best video game based on a comic book character, and perhaps best use of a licensed property in gaming. It has one of the most vicarious combat systems in all of gaming, making you feel like a true bad-ass with the littlest of effort. It has a terrific score with probably the best menu music of the year. The voice acting is top-notch with Kevin Conroy and Mark Hamill reprising their roles. And its bigger and bolder than its predecessor. If there’s one game you want to play, this is it.

2) The Legend of Zelda: Skyward Sword

Celebrating its 25th anniversary, The Legend of Zelda had a lot to look back upon this year. 25 years is a long-time for anything, and Skyward Sword had a lot to prove. I think it pulled it off in spades. The motion-based combat finally began to sell many on the merits of the control scheme. The art style hid the Wii’s technical limits while crafting a wholly unique look and experience for the franchise. The story while not the grandest of scopes told an interesting tale of love and destiny. The music, while not everything is memorable, was top-notch and had some truly amazing tracks. The dungeon design was ace, the characters were interesting and the Legend lives on. 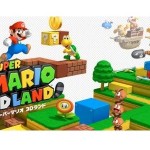 I go through an internal debate every time a new Mario game is released. The Super Mario franchise was what got me into gaming so a piece of me will always hold it dear for that, but how much of it colors my impression of the franchise. Mario has never been the most story-driven franchise nor has it been the technical marvel. But each time, it comes down to the same thing. Nobody, in my humble opinion, does pure game play better than the plumber. Super Mario 3D Land proves it once again. Sure, you’ve heard the tales of how this is the game that proves 3D in gaming, that boat doesn’t matter to me. What was truly impressive was Nintendo’s melding of 3D and 2D game play into an experience that feels soÂ familiarÂ but fresh and different at the same time. The level design, again is usually without competition, and some of the finest platforming stages in some time. The use of 3D to test not only your depth perception but even spatial distance is really like none other on the market. We have the return of classic suits and all new ones. And even more impressive, after you finish the game, Nintendo snuck in an entire second adventure for you to complete alongside everyone’s most neglected brother.

My personal feelings are, there was no other game that had as much charm, personality and refined game play than Super Mario 3D Land, which is why I’m awarding it my 2011 Game of the Year.